More and more open source SLA and DLP 3D printers are hitting the market but, as of now, one of the biggest limits they run into is the scarcity of the materials they can use. While specialized manufacturers such as EnvisionTEC and DWS have tens of different resins to choose from, low cost machines such as the Form1+ and open source DLP’s often only have just a couple.

Oakland based MadeSolid is one of the few third party companies specializing in resin materials for 3D printers and it is coming to their aid with a new range of four colours of its MS Resin, priced at $59 per 500 ml and $100 per one litre bottle.

The MadeSolid V2 MS Resin formulae are developed to be used by many different SLA/DLP 3D printers including Formlab’s Form1+. The company worked on them for four months and is now launching them in four colors: black, white, red and blue. The new formulae can also provide a higher XY resolution while the red and blue colour resins have been specifically improved to have sharper and more vibrant hues, giving printed prototypes a more finished, professional appearance. 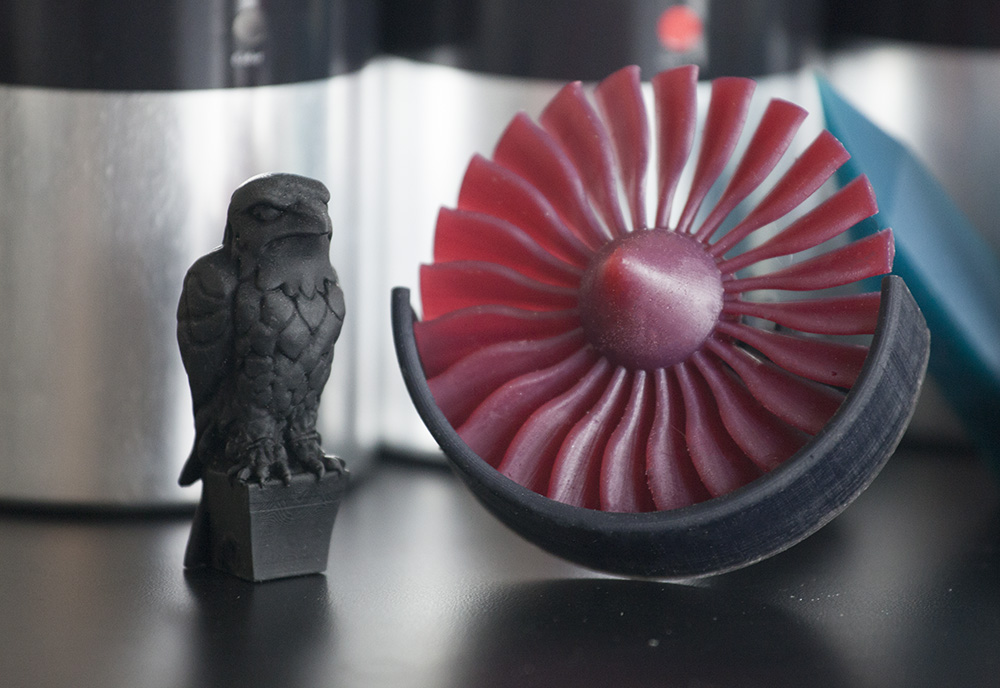 MadeSolid also states that its new resins will feature significantly less resin clouding, a common issue for SLA and DLP based 3D printers. After many prints the silicon layer of the resin acrylic tray, or vat, will become opaque and will need to be replaced. With the V2 resins this effect is minimized so that the resin vats will last significantly longer.

We are just at the very beginning of the “third party resin market” but that is likely to be a sector of the 3D printing industry destined to grow significantly in the upcoming years. MadeSolid – who already has a head start – is definitely a company to keep on your radar.