Luxexcel: Changing the way we see the world

The quest for a perfectly clear 3D printed lens is more than a vanity exercise, it’s the key to peak performance in so many industries. That’s why it was considered a holy grail for so long and that’s why it’s a big deal that Luxexcel has got there.

For so long we simply thought it was impossible. The layer by layer printing method effectively ruled it out as the scorch mark between layers would always refract the light. The surfaces, too, just weren’t smooth enough to handle light. It was a pipedream.

But that’s the beauty of this industry as 3D printing always seems to find a way. Luxexcel cracked the code and can now optically print lenses of the highest quality by combining two droplets of fluid and setting it with light. It promises to take eyeglasses, cameras, automotive lenses and even lighting and solar energy to a whole new level.

Now we have this technology in our hands, we have to figure out its true potential.

Effectively Luxexcel is a contract printer that can help any industry that needs a lens that transmits light without getting in the way. That’s its sole ambition and outside companies have to figure out how that works for them.

One way it has changed the game for everyone is with prototyping, this is a breakthough across the board.

The company can have a test lens ready in days rather than weeks or months and it simply costs less. Prototyping lenses used to be an arduous process that could hold up an entire project. It could take weeks to produce a single lens and constant evolution simply did not happen, so sub optimal lenses often found their way into finished products.

Now, with 3D printed lenses, companies can feel free to experiment endlessly until they have the right lens for the job.

That is one of many uses. 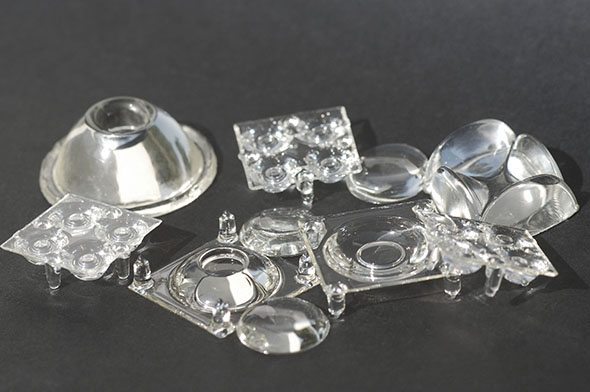 This Printoptical technology can be applied in a number of different ways, which includes a smartphone case that allows doctors in rural India to detect for Malaria. Without completely clean transmission, Vasu simply would not work. With the help of Printoptical technology, a disposable chip and an app, doctors can now detect Plasmodium vivax and Plasmodium falciparum by sending light from the flashlight back to the camera.

It’s that simple, but without lossless light transmission it simply could not work.

Then there is the Lightfield Camera Module, which consists of a 4×4 lens array and works the same way as a bug’s eye. The microlens array allows the camera to focus on a full picture and turns a smartphone camera into a serious piece of kit that can work in harmony with the Google modular phone.

Changing your perspective of reality

Printoptical tech has also revolutionized Virtual Reality headsets, which can be used in conjunction with a simple mobile phone. We’re not even at the point where VR has been widely adopted and yet the game has already changed thanks to strap on headsets that accommodate your phone. Now, with the right lenses, VR is within anyone’s grasp.

Directed noise is another breakthrough that owes its very existence to Luxexcel. Noise cancellation is one thing, but this is the next level in smart headphones that can allow certain essential sounds to filter through. These could actually be a lifesaver on the city streets and they wouldn’t be possible without Printoptical tech.

Total light transmission is also changing the face of solar power and the University of Delft has incorporated Luxexcel’s tech into the flat solar panels that could, in the end, form a network of solar roads. We already have one in the Netherlands that is proving the concept.

These are just a few examples of companies that have made use of Luxexcel’s technology to make products that simply might not have been viable any other way.

This Printoptical technology is so knew that even we haven’t figured it out yet. We know it’s going to change the face of 3D printing, though, and we can’t wait to see what the world at large can do with this.