It’s truly an incomprehensible universe when a home improvement chain is at the forefront of technological advancement.  Perhaps they were sick of the stagnation of selling 20th Century tools or their CEO, Robert A. Niblock, is really a mad scientist.  I don’t know why, but, through the Lowe’s Innovation Labs, the company is at least presenting the appearance of a desire to combine new technology with retail.  The latest news from the Innovation Labs – after 3D printing in stores, robotic assistants, and holodeck-style shopping environments – is that Lowe’s has partnered with Made In Space, the company that sent the first 3D printer to the International Space Station, to send a commercial 3D printer to the ISS.

News that Made In Space would be sending its Additive Manufacturing Facility (AMF) to the ISS next year was released this summer, when the space-focused startup announced that it had not only achieved the ability to 3D print in a vacuum, but that it would plan to 3D print CubeSats aboard the ISS. The AMF is an upgrade to the already existing Zero-G Printer that was installed on the Space Station last year and will have a variety of improvements that include multi-material functionality and, possibly even, the ability to 3D print low-temperature metals.

Today, the home improvement retailer threw its hat into the space printing ring, saying that it had partnered with Made In Space on the AMF project, in order to make itself the first retailer in space.  On the ISS, the Lowe’s branded 3D printer will fabricate on-demand parts, including tools and CubeSat parts, for the astronauts and cosmonauts conducting research some 200 miles above the Earth.

Kyle Nel, executive director of Lowe’s Innovation Labs, said of the deal, “Lowe’s and Made in Space share a vision of how 3D printing can revolutionize retail and home improvement, while also changing the way astronauts work in space. This is just the beginning of a broader partnership with Made in Space that will bring tools to space and new technology to Earth.”

Jason Dunn, chief technology officer and co-founder of Made in Space, added, “For the first time, astronauts can now manufacture what they need, when they need it in space. We have successfully demonstrated the technology’s capabilities in space. And now with the launch of the permanent additive manufacturing facility to the ISS, we are enabling humanity to manufacture things off the planet.”

Lowe’s Innovation Labs also announced the roll out of their Holoroom concept across the United States.  The augmented reality setup first underwent a pilot in Toronto for six months, where users could visualize room designs using a tablet and an AR app.  Now, the company is expanding the Holoroom to be used with the Oculus Rift in 19 stores across the United States.  They also worked with Google to create a Holoroom experience that leverages YouTube’s 360-degree video capabilities with Google Cardboard, so that consumers can bring the Holoroom into their homes. 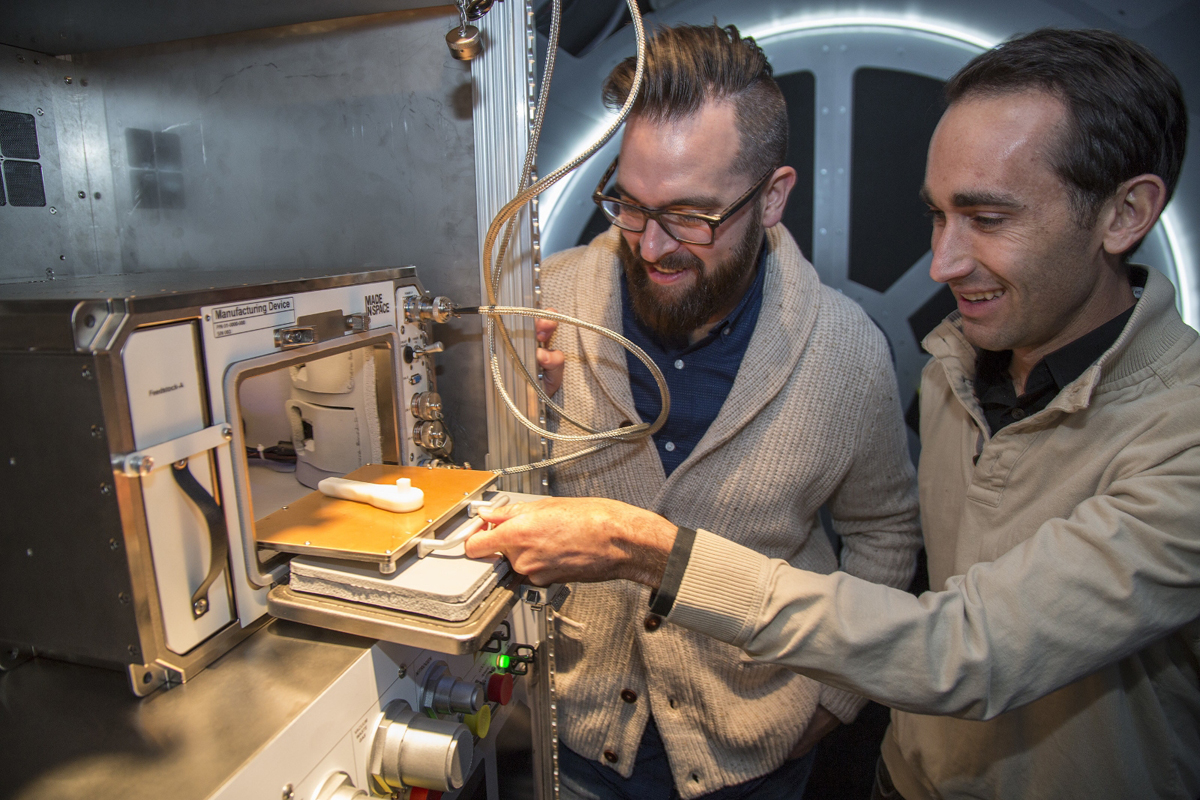 Nel said of this new development, “The next-generation Holoroom continues to fulfill our long-term vision for how augmented and virtual reality technologies can help customers have more confidence and more fun with home improvement. We can’t wait to see what our customers create as they bring their imagination to life with these new tools.”