The Guangzhou-based company unveiled its DiMetal-50, DiMetal-100 3D printers to visitors, whilst also debuting its new DiMetal-300, and Di-Metal-500 systems.

Across the four systems, the DiMetal range is capable of processing a number of powdered materials, including titanium, high-temperature alloys, cobalt chromium alloy, stainless steel and aluminum alloys. All four 3D printers also all feature a gas shield protection system confining gas to the build environment. 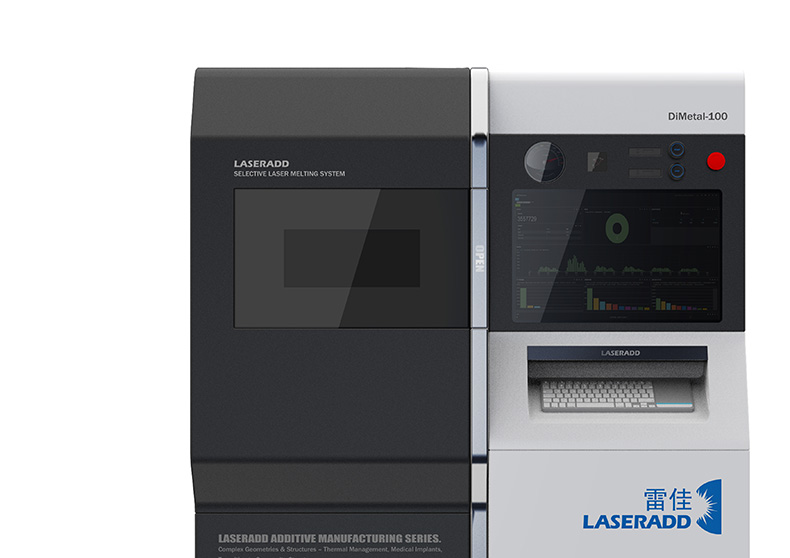 Laseradd arrives on the scene

Laseradd was founded in 2016 by Yang Yongqiang, a professor at the South China University of Technology and an executive director of the China Institute of Mechanical Engineering, together with James He, a MEng graduate of the University of Bath, UK.

James He was formerly a researcher at UK company Renishaw, before joining its additive manufacturing line of business (which launched the four-laser strong RenAM 500Q SLM 3D printer in 2017) and serving as its China Technical Manager.

Alongside the development of its DiMetal 3D printer series, Laseradd also operates a service bureau that manufactures parts for aerospace, automobiles, medicine, dentistry, and industrial applications.

Could your design be the face of this year’s awards trophy? Protolabs is sponsoring the 2018 3D Printing Industry Awards design competition. Submit your design now to win a 3D printer.”

Featured image shows the Laseradd team at their Guangzhou office. Photo via Laseradd.