Kieron Salter founded KW Special Projects, to provide unconventional approaches to integrating new processes and technologies into high performance engineering and manufacturing.  Interestingly, Kieron and KWSP come from a motorsport background, and have incorporated what they call “motorsport principles” into their business. These include the “need for speed, efficiency and precision through the use of technology, materials and processes.”

Inspired by local auto sport culture (Brackley, AKA Motorsport Valley-where KWSP is based, is home to the F1 team, Mercedes AMG Petronas’ facilities). Having a 6,000 sq-ft of office and R&D workshop, KWSP can handle large design engineering projects, as well as on-site assembly, testing, R&D, and commissioning for the motorsport, automotive, aerospace, and healthcare sectors.  They can also produce a series of 1-meter tall velociraptor models. 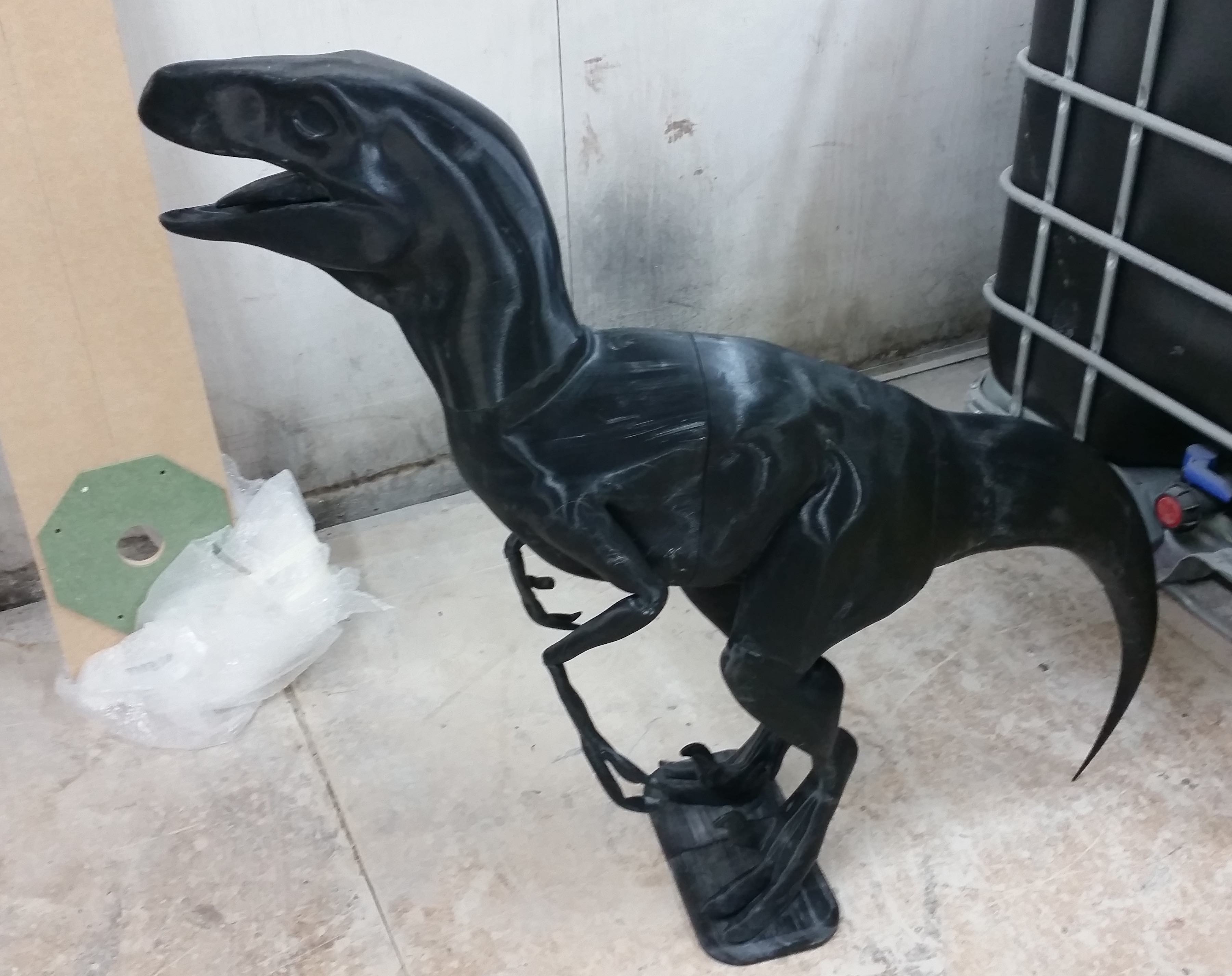 The origin of this story goes like this:  Harry Levy Amusements placed an order with Equinox Products, giving them four weeks to produce the dinosaur prototypes for an exhibition. And KWSP was chosen to produce the figures to ensure they were delivered on spec and on time.  Equinox generally produces items like this using fiberglass molding techniques, but the order was for 62 pieces, which couldn’t be produced in this short time from fiberglass.  David Challiss, managing director of Equinox Products, called up KWSP and asked them to complete the order.

The dinosaurs were printed in several parts for easy assembly. 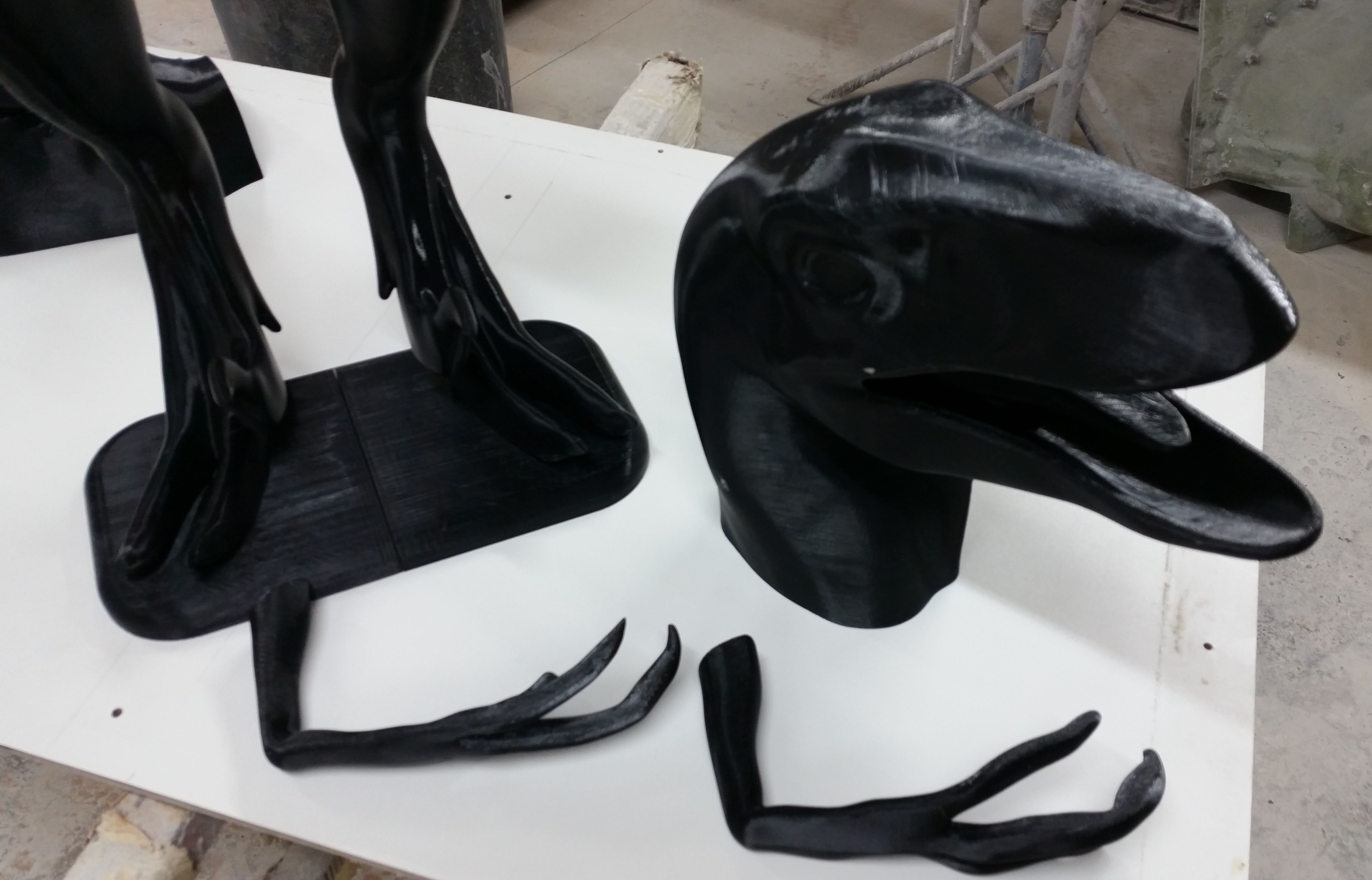 The three dinosaurs took 690 hours to print, with four Fortus 400mc machines working simultaneously, 24/7 over the course of 10 days, which included Christmas day – KWSP scheduled the machines to maximize the time available, even when the offices were without staff.

Kieron Salter, managing director of KWSP, described the process, saying, “It’s always nice to take on a challenge with a difference, so when you get a call to ‘just print some dinosaurs over Christmas’ we were certainly interested. The speed with which we were able to produce the models, without any tooling, directly from CAD data supplied by Auto Sport GP Engineering and to an exact specification, demonstrates the benefits of Additive Manufacturing, given the right know how. Our digital manufacturing experience can be utilised for a wide variety of applications, ranging from medical to motorsport, veterinary to automotive and this project again reiterates the versatility of our offering.”

David Challiss added, “We knew that KWSP would be ideal for this project, having had an established relationship with them. Their expertise meant we were able to produce exactly what our clients wanted in a really short time frame and we’re delighted with the results.”

It’s always interesting to us here at 3DPI when 3D printing is used to replace a conventional method of manufacturing, and as the technology develops this year, we will be seeing more and more examples of this happening on an industrial scale.