The future of 3D printing seems to be less and less about… 3D printing. At the same time 3D printing is the one element that has set in motion the next wave of personal creativity and manufacturing. That is why Kwamb.io UNIQUE, an easy to use, online 3D modeling ecosystem for consumers, created its own “3D printer as a service” concept and is now announcing the exclusive UNIQUE ONE 3D printer to go with it. 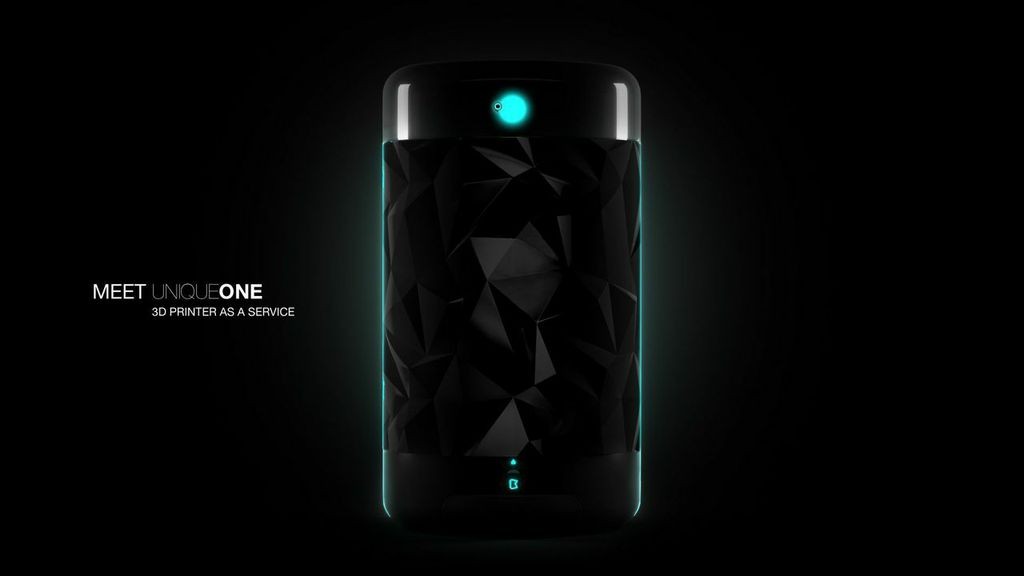 Although it is taking a different approach, Kwambio is somewhat following in the footsteps of giants such as Autodesk, which has been working on its own Spark creative ecosystem and Ember 3D printer. The same is true for HP, which developed the Sprout blended reality system to combine with its future Multi Jet Fusion 3D printer.

Software and hardware become one and 3D printing (that is the materialisation of virtual items, passing from software to hardware) was the last missing step to make this possible. There are no plans – as of now – to mass produce the UNIQUEONE 3D printer. In this first phase it is being shown as a concept to complement the final version of Kwambio, which, on the other hand, is expected to launch in Summer 2015.

From the video that was just released, the 3D printer looks impressive and works seamlessly with the Kwambio software’s object customization and personalization, which, as we had written in a previous article, is truly easy and fun to use. One of the first features to be announced of the UNIQUE ONE 3D printer is that it can print at 300 mm/s, with speed thus being one of the main aspects considered by Kwambio when trying to reach out to a consumer target.

“We​ don’t see 3D printing as a hardware, software or content business. It doesn’t work that way. We see 3D printing as a simple service for creating unique personalized products,” Vlad Usov, co­founder and CEO at Kwambio Inc, said of the start-up’s strategy to stand out in a booming, but increasingly crowded market. “You still need a great 3D printer, intuitive software and high quality content, but it should be bundled into one simple solution that everyone can use to create unique stuff. A 3D Printer as a service ­ that’s what Kwambio is all about. We created Unique One as a completely singular product. You can’t determine a boundary between hardware, software and content.”

Along with its speed, the UNIQUE ONE 3D printer presents several innovations, with 6 patents pending. It is wireless (supporting connectivity from mobile devices and laptops), self-calibrating, and uses smart cartridges with RFID chips to recall exactly how much filament is left and understand if it has enough to print the next product product. All the user needs to do is choose a product, customize and personalize it with a few clicks, then hit the ‘Print’ button and stream it directly to the 3D printer, with no need for slicing and digital file conversions.

In other words, Kwamb.io wants to offer you a system for obtaining the physical products you see and personalize online directly in your living room. This is a clear vision of consumer 3D printing. It might still be something for a very select target of first adopters with good economic possibilities; however, it is likely that it will continue to grow and expand, along with the new possibilities that the technology will be able to offer. When that happens, Kwamb.io will be there.

This article was updated on April 15th: it was initially stated that the UNIQUE 3D printer would launch in summer 2015, instead there are no definitive plans, at this moment, to mass produce it