Ever since its highly successful Kickstarter launch in May 2014, Kudo3D has been working hard to make a difference in the 3D printing industry. Kudo3D’s Titan 1 has been widely used in the Jewelry, dental, academics, gaming and rapid prototyping industries all over the world. Now in June 2016, Kudo3D has just launched its second-generation 3D printer, the Titan 2.

“While staying true to its original Titan 1 base – a patent pending passive self-peeling (PSP) technology, the Titan 2 has new upgrades that provide a more user-friendly experience, including wireless connection and web-based controlling software. We also add a shutter to reduce background exposure to extend resin lifetime and a mask option to make the intensity more uniform. We are always dedicated to improve our 3D printing technology to meet the demands for different applications.” said Tedd Syao, President of Kudo3D. 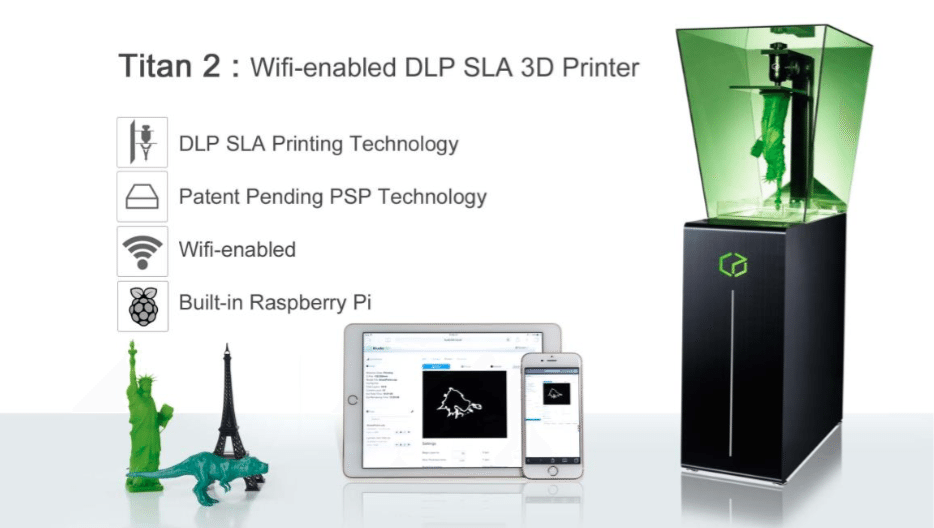 It is easier to install and configure Titan 2 now. Titan 2 is WiFi enabled with built-in
Raspberry Pi 3, so it doesn’t need to connect the printer to the computer and it will be independent from the user’s computer. Only one power cord is required to run the Titan 2. The new web-based controlling software is compatible with PC (windows, Mac, Linux) or device (smartphones, tablets). One PC or device can be used to manage multiple Titan 2 which is helpful for those who would like to use the printer to setup a production line. At the same time, the new mesh-like build platform reduces the vacuum force between layers and make printing a lot easier.

Pushing the printer to the extreme, Titan 2 can print fine features that no other low cost SLA printers can achieve. In the image taken by a microscope below, a 45 micron thin needle was printed with the Titan 2. This needle is less than half the diameter of a strand of hair. 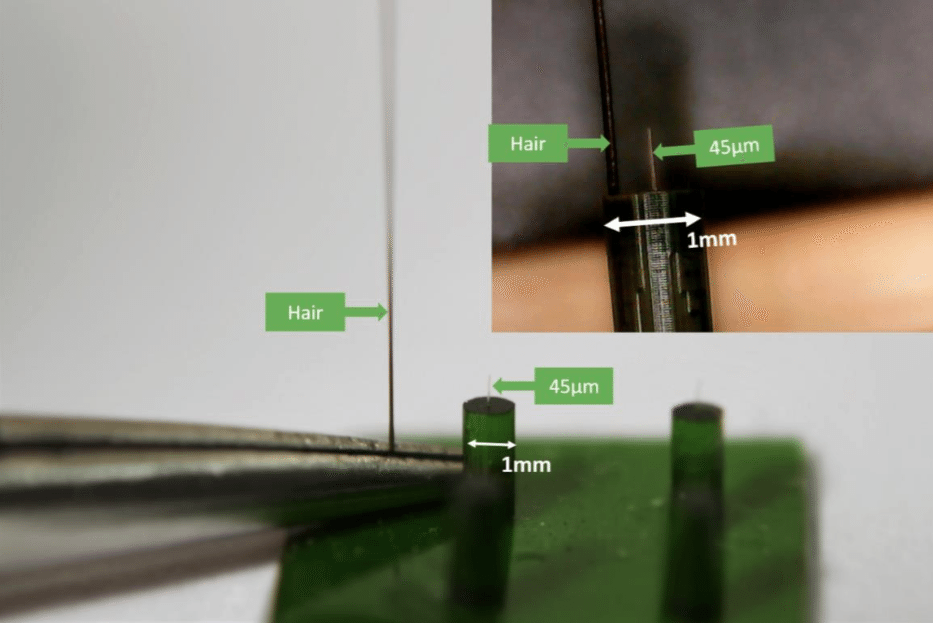 The new Titan 2 body will be fully assembled and calibrated, making the start up process even easier for first time users. Also, to celebrate the new release, there will be a $200 USD discount on the Titan 2 for anyone placing an order before June 19, 2016. Please refer to www.kudo3d.com for more details!