Interview with Josef Prusa, CEO and Founder of Prusa Research

Updated 09/06/2016 – Joseph explains: “We are not on Amazon.com right now because we are backordered and even though we are upping the production, we won’t have stock there until we get to 2 day leadtime. We got approached by european amazon.”

A couple of weeks ago, I had the chance to interview Josef Prusa, the CEO and founder of Prusa Research sro. Josef is a young passionate and vibrant guy. During the skype interview, Josef’s smile was all over the screen. It’s always a pleasure to interview 3D Printing pioneers. They are the real engine behind the 3D Printing revolution. As Josef states on his website, “We only sleep, eat, drink and 3D PRINT ;–)”.

Josef is only 26 and he is one of the most senior members of the Rep Rap community. He joined the project in 2009 when he was only 19. He developed one of the most popular Open Source 3D printer the Prusa Mendel. He dropped out from his Economics study to only focus on the Rep Rap project. In mid 2015, Josef started to sell the Original Prusa i3 kit from his office in Prague 8 at $690. Event if this price was higher than other Prusa 3D Printers, the sales grew significantly over the last 12 months as customers were particularly pleased with the quality of the kit and of the customer support.

The company’s headquarter is based in Prague 8, and currently employs 37 people, including 13 customer service assistants who are taking care 24 hours a day to the customers via a live chat. The service is organised in 3 shifts. Josef is adamant to offer a superior customer experience. He has invested significantly into the customer support.

The kit preparation team is now led Martin Rezler, an ex Foxconn manager who joined the company 2 months ago. A new test protocol has been put in place to make sure that each kit are fully inspected before shipping.

The engineering team is led by Michael Prusa, Josef’s brother, and includes two software engineers. The company is relying on Slic3r slicer. The Prusa i3 is fully compatible with Cura and Simplify 3D.

Josef is focusing his attention to the growing customer base. He is relying on efficient online tools (Front, Slack) and more recently invested in Sales Force. He is supported by his business partner, Ondrej Prusa. Ondrej is not related to Josef. The company is indeed led by 3 Prusa…certainly not a hazard for a 3D Printing company…

Josef explained me that the company managed to grow without any sales team. Word of mouth has been enough to bring the sales to 500 units per month in May 2016. To increase further the sales Josef is negotiating a deal with Amazon.com. It’s not clear if the deal has been clinched as currently Amazon.com is not selling any Original Prusa i3.

There are over a third of the customers in the USA, where the company competes with Lulzbot and PrintrBot. Certainly the demise of Solidoodle has helped Prusa over the last 12 months. There’s even an Original Prusa i3 at North Pole City, near Santa Claus house, certainly to print the gifts for all the nice children all over the world.

In May 2016, Prusa Research sro introduced the new Prusa i3, the MK2 3D Printer. The new model is more than just an upgrade, and has the following new features: 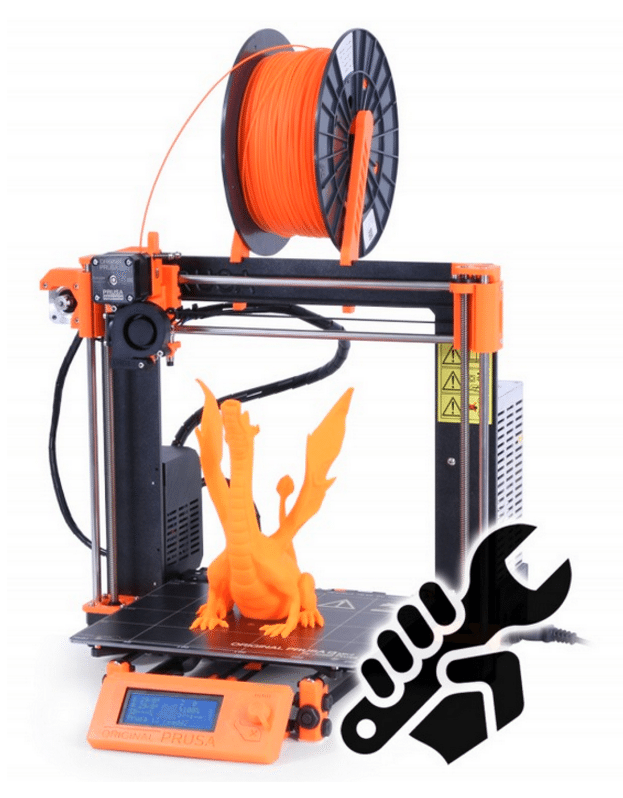 The MK2 kit is sold at $699, and at $899 fully assembled. The build volume is bigger than the Ultimaker 2 and the Zortrax M200. Currently the lead time is 2 weeks. The machine was on show for the first time outside Prague at the San Francisco Maker faire.

We wish Josef good luck with his the MK2!