Coming out of Firenze, Italy, 3D printing tech company Kentstrapper has announced the release of their latest plug-and-play desktop 3D printer, the Zero. The Kentstrapper team, who are self-proclaimed ‘artisans of matter’, have just unveiled what could be their most advanced and easy-to-use 3D printer to date. The Zero is a Fused Filament Fabrication (FFF) printer that aims to tackle the difficulties some less experienced users face when trying to operate a 3D printer. The Italian company has implemented new systems into the Zero in order to utilize plug and play capabilities, without suffering loss of quality during the printing process. These newly implemented systems include auto-calibration, the Siaren user interface, the Filament guardian, and the Phoenix System. Let’s take a look at how each one of these improved features function, and see exactly why Kentstrapper feels that the Zero is a dream come true for them. 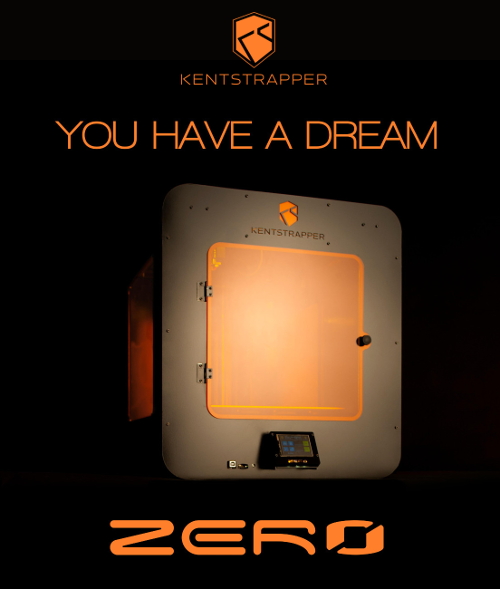 The main goal Kentstrapper seemed to have when designing the Zero was to retain advanced 3D printing functions, while simplifying the user process at the same time. Their first step to accomplishing this goal was developing an auto-calibration system that is both reliable and time-efficient. According to Kentstrapper, the Zero 3D printer can automatically calibrate an entire print bed in 150 seconds. The team also implemented the Siaren user interface into the Zero, which is composed of just four icons that allows users to control and monitor the entire 3D printing process. The interface uses a touch screen display meant to access the Zero’s functions in a quick manner, and with no buttons or knobs, it seems Kentstrapper is steering their design towards a sleek and modern kind of minimalism. Although the Zero is designed as a desktop printer, its clear orange panels, sturdy encasing, and Siaren interface make the printer seem more aesthetically fit for a secret laboratory. 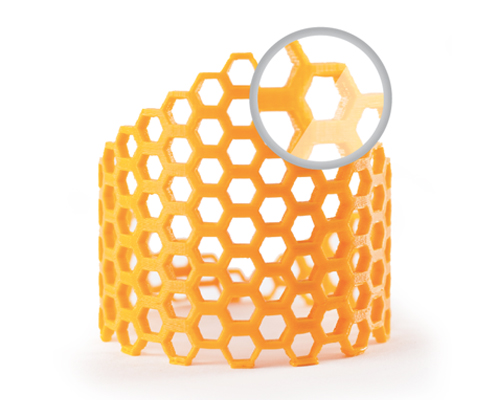 Kentstrapper has engineered every aspect of the Zero to simplify the relationship between 3D printer and user, and claim their creation to be inspired by the words of French Poet Victor Hugo, “There is nothing like a dream to create the future”. The Kentstrapper team believes that they’ve fulfilled their dream of producing an advanced printer that is easy to use. And, with the Zero, these Italian 3D printer engineers hope you too can easily pursue your 3D design and manufacturing dreams, as well.