Inside MyMiniFactory, Where iMakr Manufactures… Designers

Say your dream is to have a store and an entire network for producing and selling 3D printed products to the masses and, then, after you open a huge, beautiful shop in London and another in New York, you find out that there just aren’t enough 3D printable models to sell. What do you do? If you are Sylvain Preumont, founder of iMakr and MyMiniFactory, you produce them.

In fact, the iMakr approach is the same that many other 3D print shops and even the FabLab network have adopted: the best way to get people into 3D printing (or personal manufacturing, in the case of FabLabs) is by teaching them how to do it. 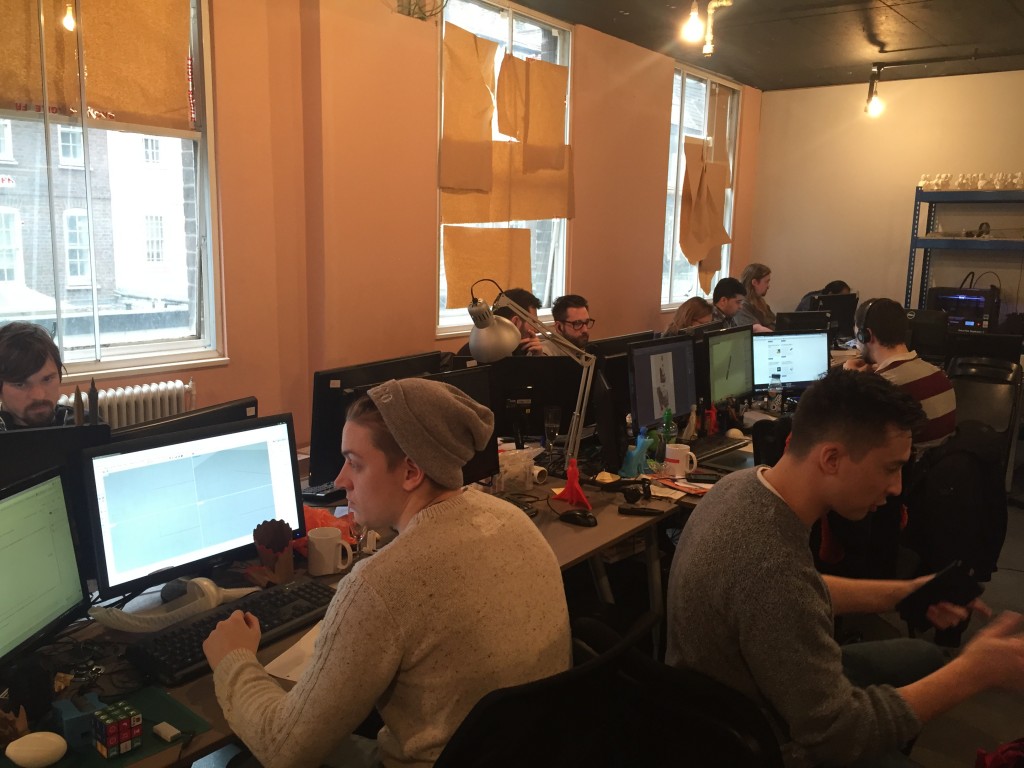 The difference with iMakr is that everything is bigger. The MyMiniFactory equivalent of one-day workshops is the MyMiniFactory Academy, a “school” where they teach you how to design for 3D in a very down-to-Earth way: using Rhino, Zbrush, and other software, always with an eye out for practical applications, whether in multimedia or in 3D printing.

Europe’s MyMiniFactory academy is located in Aldgate, in one of the most central and lively parts of London. The 3-month intensive program of courses is described as having very little theory and a lot of hands-on experience. This description makes sense, because you can start earning with your newfound skills right away: all you need to do is apply for some of the featured design jobs directly on iMakr’s website. 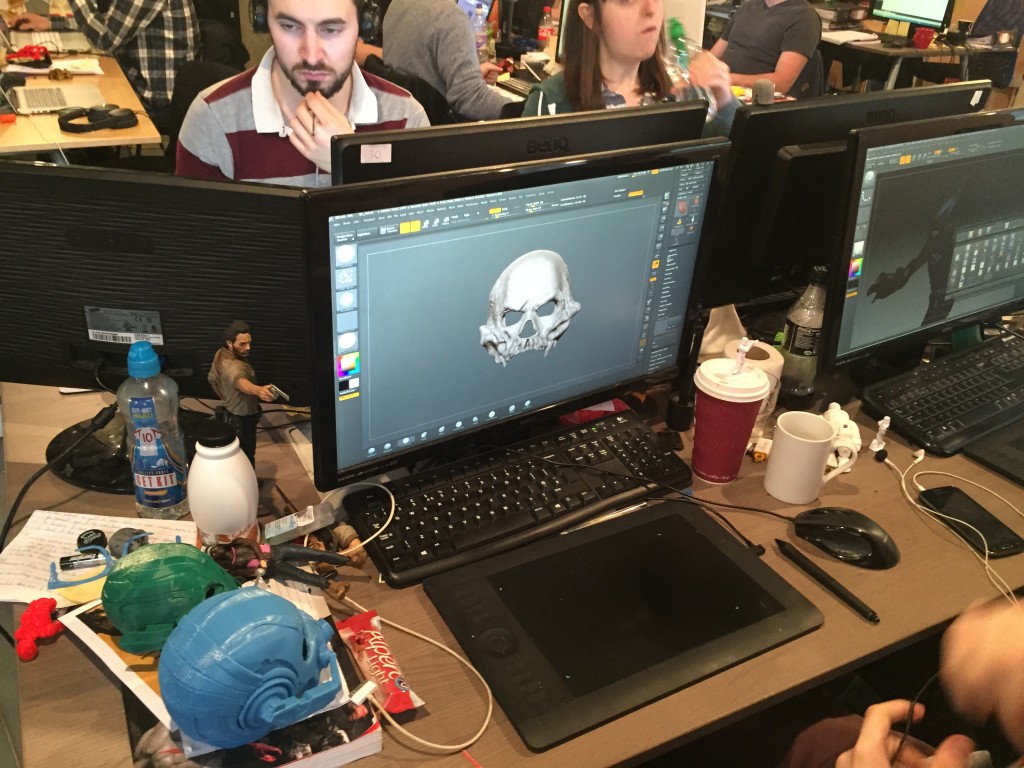 Or you can just work on some of the many projects that iMakr is constantly launching. I came here to find out more about one of them in particular: Scan the World, a global online network of 3D printed public sculptures and famous works of art from all over the world. I had spoken about it with Jonathan Beck, in charge of Scan the World, and I figured I would pay him a visit.

I was really surprised by what I found. Unlike the iMakr London store – which I had visited shortly after its opening at the end of 2013 and found to be very neat and orderly – here the atmosphere was a lot more hectic: Lots of people working on several different projects in the main room, and many separate rooms for lessons, product finishing, or product scanning.

Tons and tons of 3D printed pieces all over: costumes, sculptures, toys, action figures… There were also many different 3D printers, the complete range sold by iMakr. I counted at least 12, with a couple (one very large and one very small) that were in the process of being tested and I was not actually meant to see.

After I adapted to the controlled chaos and found Jonathan, we spoke a little about the Scan the World progresses and future projects. “We intend to keep scanning every monument that is public, in museums and in cities worldwide,” he told me. “We have several hundreds of scans coming in from Belgium and France, and the project is attracting the attention of many people all over the world.” 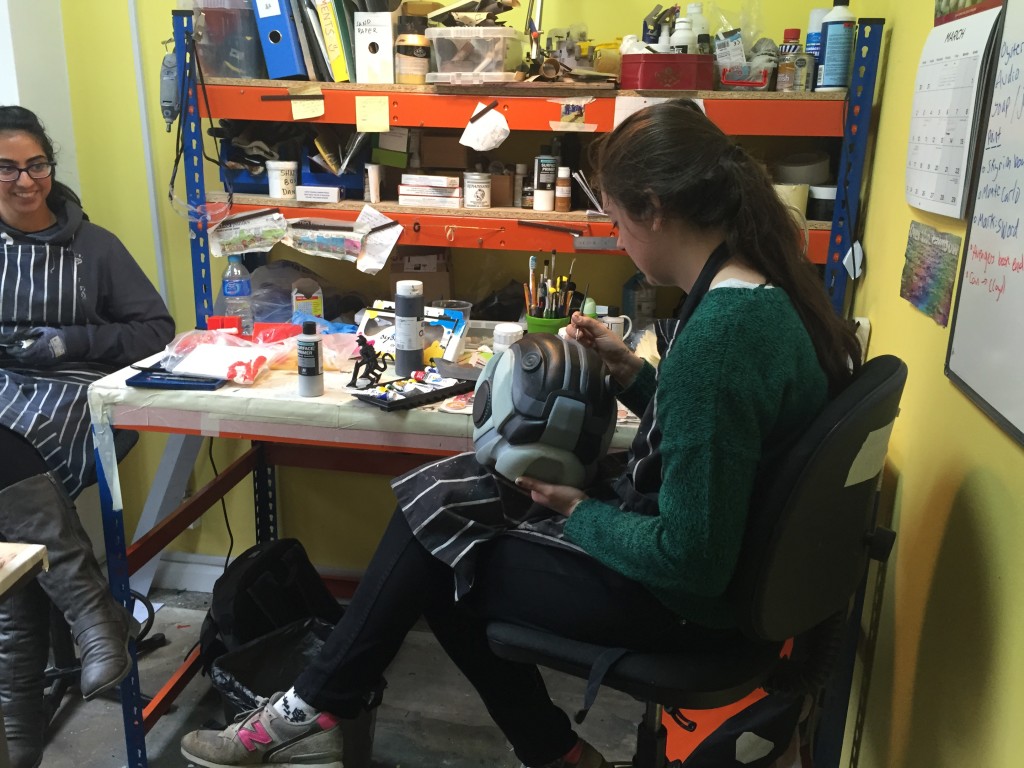 Jonathan explained that there are no laws that ban or limit 3D scanning ancient monuments and that giving people the world over a place to upload and share scans of timeless masterpieces can be a resource for all of humanity. Scan the World has already collected more 3D models of artworks than any other similar initiative and, although the quality of some is limited, it still a represents a huge amount of free data and information in pure Instant (yes, that is what the “I” stands for) Makr style.

Several other projects are on the way and there is never a dull moment: one of event providing a clue as to what those future projects will be is the launch of a new 3D printer “the just prints” next April 9th. But there are also very interesting design projects taking place right now. One that I was particularly struck with was the drawings from The Little Prince (which most of us remember clearly from when we were little kids) 3D printed into figurines for those with visual disabilities . 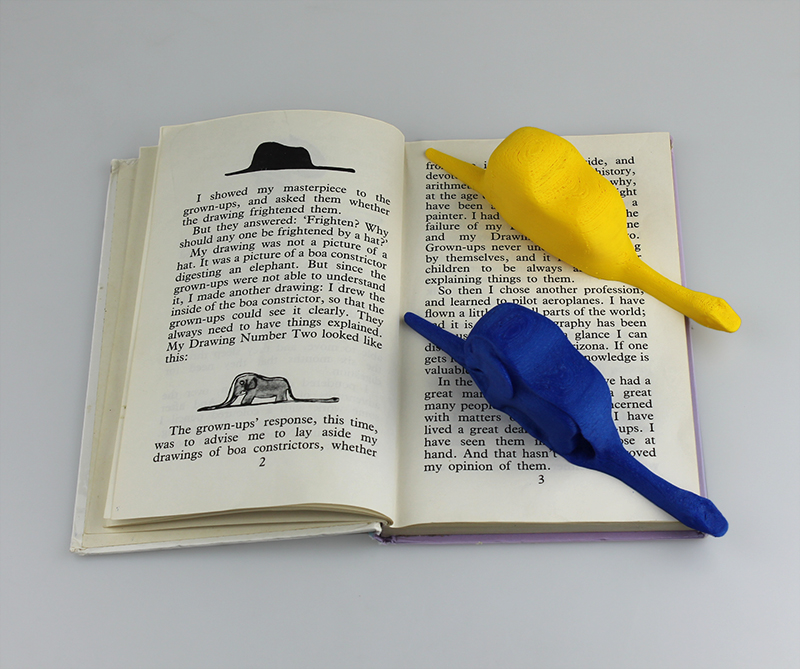 Another was Stefanos Anagnostopolous’ 3D masks. He and my friend Simone Fontana from Milan (who is also attending the MyMiniFactory Academy), together with another designer from Italy, Francesco Orrù, have formed a good team. Anagnostopolous, in particular, has been specializing on wearable 3D printed masks and helmet covers. When I visited, he was working on one inspired by the Wildlings from Games of Thrones, but he was featured on MyMiniFactory for his Ant Man helmet and has worked on many more. At MyMiniFactory things don’t seem to ever slow down. I wonder if, when I first met him in 2013, Sylvain Preumont thought it was going to be like this. 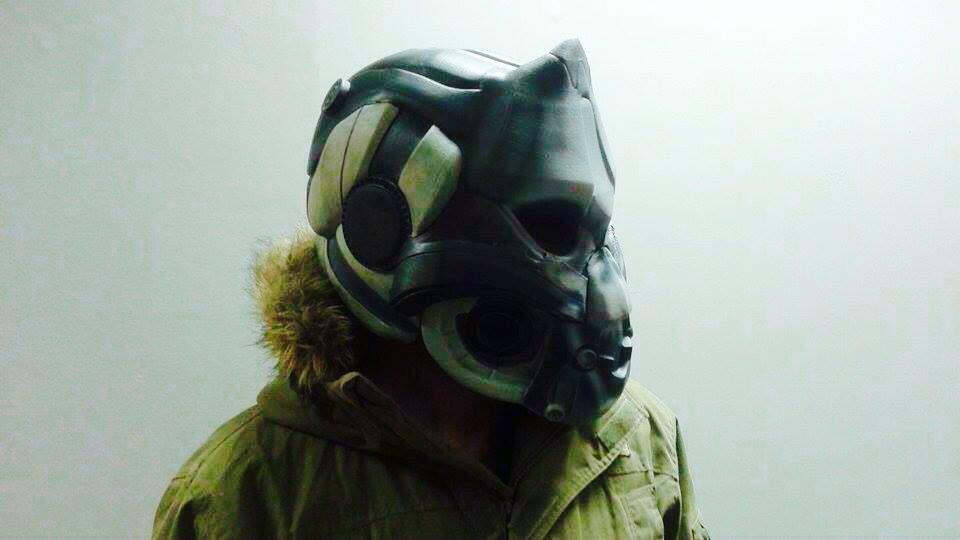