As desktop 3D printing begins to evolve, the race to fill the growing materials market has begun to take off, with numerous companies seeking to push new 3D printing filament with qualities that match those possible with traditional manufacturing.  The Mark One 3D printer boasts its ability to 3D print in carbon fiber, fiber glass, and Kevlar, while several others focus on carbon nanotube-filled filaments.  Now, a Northbrook, Illinois company has secured $2.8 million in seed funding through OCA Ventures to continue the development of its own patent-pending process and materials for composite 3D printing.

Impossible Objects has created a 3D printing technology that it calls composite-based additive manufacturing (CBAM), which can be used to fabricate functional parts using a number of materials, from carbon fiber and aramid (Kevlar) to fiberglass and polyster, as well polymer binders like PEEK.  According to an interview with the Chicago Tribune, the process lays down polymer material atop thin sheets of a given fiber.  The layers are then heated to the point that they are melted into a single piece.  Then, via mechanical abrasion, excess material is removed.  Impossible Objects suggests that, not only can CBAM yield composite parts, but that it is also faster than existing 3D printing processes.

Such a reality might be difficult to believe, but the team behind Impossible Objects does boast some impressive experience.  The company’s CEO, Larry Kaplan, is also the former CEO of NAVTEQ, a Chicago based company acquired by NOKIA for its geographic information system.   Robert Swartz, the Chairman and founder of Impossible Objects, is an IP consultant for MIT Media Lab, and John Bayldon is on the team with a a Master of Science in composites materials and engineering  and a PhD in theoretical and applied mechanics from Northwestern University.  Altogether, and with $2.8 million in funding from OCA Ventures, it seems that the company may be able to deliver on its promises. 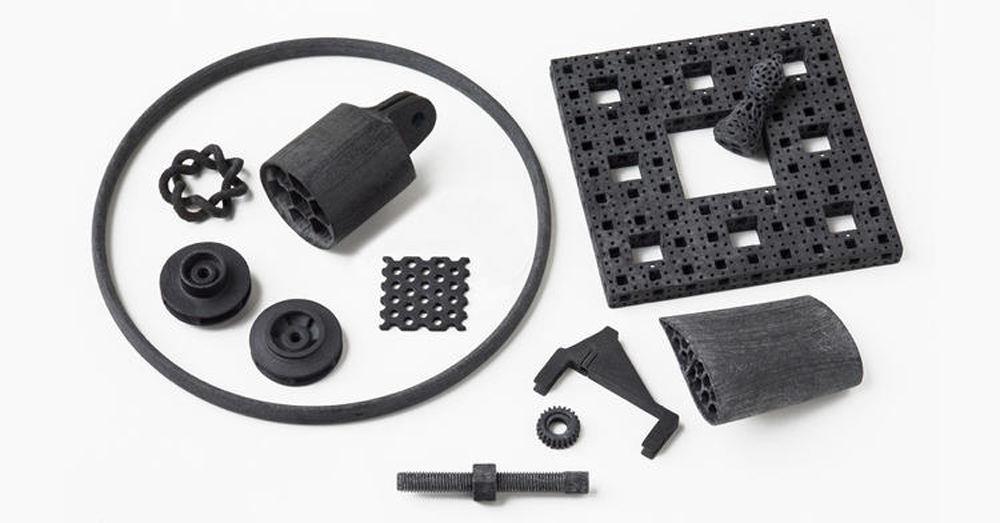 Robert Swartz described the addition that his technology brings to the 3D printing space, “Today, most other 3D printing technologies are limited to producing prototypes of thermoplastics (polymers) and certain metals that are significantly inferior to parts made through traditional manufacturing methods such as injection molding, machining and die-casting. Impossible Objects enables the production of strong yet lightweight, geometrically complex end use parts using additive manufacturing technology.”

Ian Drury, General Partner at OCA Ventures, added, “Impossible Objects’ technology is a game-changer for manufacturers and users in the aerospace, aviation, defense, drone, oilfield services, automotive/racing and performance athletic industries where high strength-to-weight properties are critically important. We are excited to partner with Impossible Objects and launch the new wave of industrial manufacturing.”

The company claims to have already created production-ready end-use parts for customers and says that it is in the process of partnering with leading organizations in the 3D printing industry.  Though they have not said who these partners are yet, it will be exciting to learn more about just how their technology works and what advantages (and disadvantages?) it brings to the 3D printing space.