Ilios has updated the HD Kit for Research firmware to increase the print speed and the accuracy, which could make the Folding Ilios Beam a serious contender if you’re looking for an SLA 3D printer and you don’t want to spend the Earth.

The Beam was already a step forward for the home market, as it brought a great deal of technology from the more expensive Ray. Ilios incorporated its Laser Draw system in a sub €2000 ($2250) printer for the first time, although that price is set to increase slightly in the near future due to the company opting for a series of beefier parts in the final production model.

It is not even due to ship until July, but the company based on the small Mediterranean paradise of Cyprus decided it could do better after some intense R&D work.

Laser Draw is something special

The Laser Draw system implements a laser-based gantry to create supremely accurate prints that can be produced in finer increments than we’re used to in this price bracket. This printer leaves most FDM options trailing in its wake and can achieve layer thickness of 24-50 Microns.

It boasted a feature size of 50-90 Microns, resolution of up to 10-20 Microns and repeat accuracy of 20 Microns before this upgrade package kicked in. The build volume of 200x290x200mm is more than ample for most 3D printing projects, too.

Now it has updated the system to make it faster and more accurate. The company claims it’s a significant increase in speed, too, even when running at the maximum resolution. We don’t have exact figures, but it looks impressive.

It’s a portable printer you can fold up and take on location, safe in the knowledge it will just work when you set up. A simple touchscreen interface means that most people could operate it, too. It can all be controlled through Ilios 3D Suite, which is a simplified CAD program that more or less anybody can use. So despite the laser and advanced look to the equipment, it’s intuitive and user-friendly. 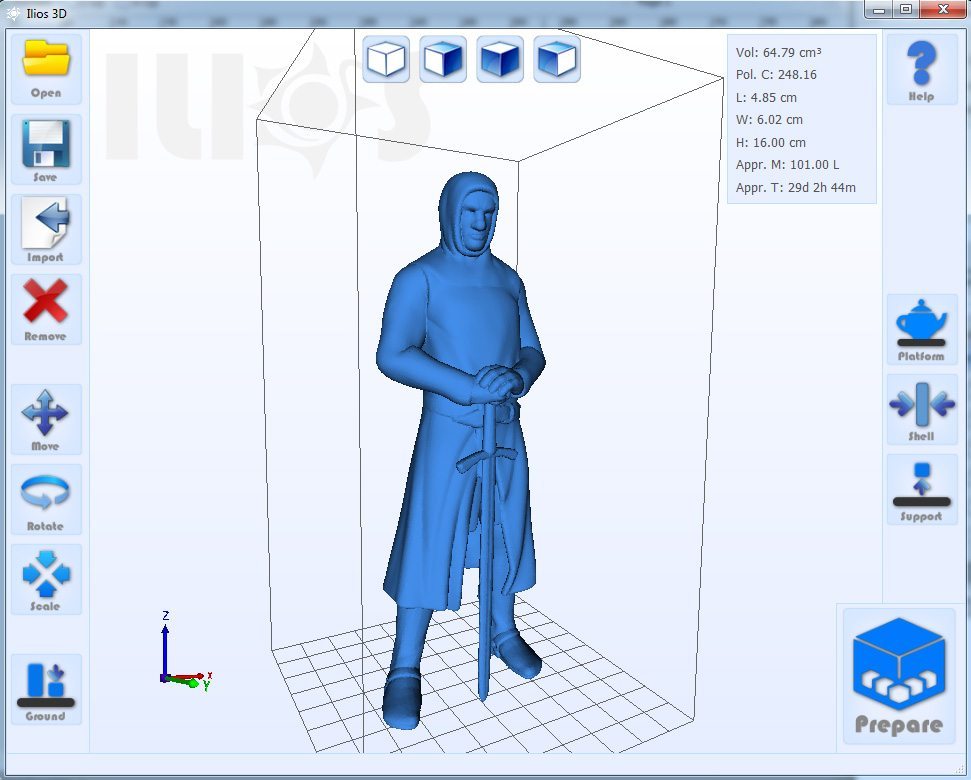 It’s an intriguing prospect, then. It’s certainly aimed at the serious user, but this could be the basis of a home printer that can do anything in the not too distant future. It’s a clear step forward from the FDM options and could take home printing to the next level.

An unusual journey for Ilios

That’s not bad for a company that never set out to make 3D printers at all. Ilios founder Ruslan Zavorotnitsienko simply wanted some parts for his Open Source Remote Control. It’s a story we’ve heard many times before. He couldn’t find a printer that did the job for sensible money, so he decided to build one.

At first he just wanted to build his own. Then he decided to sell some through an Indiegogo campaign to cover the development costs. Things just went from there and Ilios has established itself as a serious player with four printers, materials and accessories that are highly regarded in the industry.

We have high hopes for the Folding Ilios Beam and we’re sure it’s got great potential. We’ll know more when it ships in July, but we already know that it’s going to be faster, more accurate and even more impressive.