In recent news, reseller and distributor of desktop 3D printing equipment, iGo3D have announced their acquisition of GetReady4 3D, a brand and project dedicated to providing 3D printing literacy. GetReady4 3D was originally founded one year ago by iGo3D’s managing director, Diogo Quental and co-coordinator Nadia Yaakoubi. The merging of the companies was organic in nature, as they shared similar values and team members.

According to Tobias Redlin – with whom 3D Printing Industry recently held an interview – the acquisition was almost inevitable:

“With both co-founders of GetReady4 3D working for iGo3D it seemed natural to merge the efforts of both companies at some point. GetReady4 3D’s focus was on contributing 3D printing literacy, exactly what we wanted to add to iGo3D. The decision to acquire the project was logical. We expect that we can leverage GetReady4 3D work in two new areas that we are preparing: iBS, the iGo3D area for Business Solutions; and the coming iGo3D Education Program.”

The upcoming business and education opportunities afforded by the latest alliance with GetReady4 3D will certainly allow iGo3D to reach a wider range of industries with new services. GetReady4 3D is reported to continue operating in the same capacity: offering users knowledgeable insights about the 3D printing field through their website. The brand will also continue to promote their 3D printing online course, a collaborative effort with SABE online. Additionally, as iGo3D is based in Hanover, Germany, GetReady4 3D will begin adding content on their site that’s more geared more towards German users. 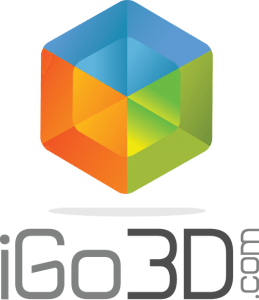 iGo3D GmbH is a European leading reseller and distributor of desktop 3D printing equipment. The company was founded in 2013 by Michael Sorkin and Tobias Redlin.

GetReady4 3D is a brand and project that aims to contribute to 3D printing literacy. The project was owned by Virtuous Wisdom, Lda, a company founded in August 2015 by Diogo Quental and Nadia Yaakoubi.