House of Holland bring 3D scanning and fashion together

Fashion on demand – imagine a world where you can point your smartphone at an outfit of a passerby and be able to order it immediately. This is the new reality thanks to Visa Europe. They have launched an advanced image recognition scanner, which lets your phone’s camera identify an item of clothing you like, find it in your size, and lets you pay for it straight away.

Visa Europe is able to do this through a collaboration with Blippar, an augmented reality app. Users point their iOS or Android smartphone at the outfit they like, and tap the screen through the Blippar app, which identifies the item. If it is registered through the merchant the user is offered the chance to buy it with their pre-registered prepaid, debit or credit card.

The trial service will be tested by model Rafferty Law and DJ Nick Grimshaw tonight, at House of Holland’s menswear show on the Strand. Guests will be able to scan outfits worn by models and buy them instantly. They will be delivered to shoppers on Saturday.

The brand’s founder, British designer Henry Holland, said: “Being able to scan people’s garments through Blippar and purchase them pretty much off their back is an amazing technological development and one I have dreamt of as a consumer and a fashion business owner.”

With House of Holland taking the lead on this new technological development, Visa hopes other retailers will soon follow. Visa Europe Collab co-founder Hendrik Kleinsmiede said: “Imagine a future where you can point your phone at a friend’s new outfit, only for the app to recognize and source that outfit in your size, and give you the option of having it sent straight to your home.” 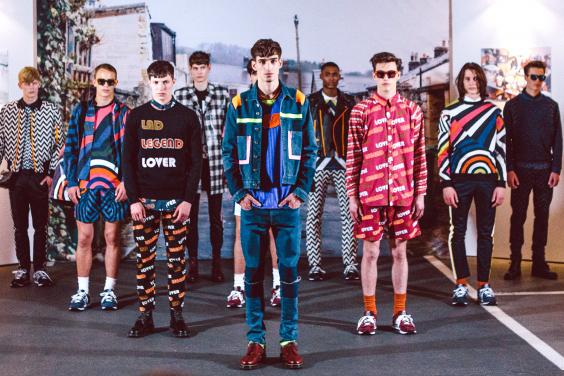 I for one hate asking strangers where they got their outfits, and this app lets me avoid that awkwardness! Hooray for technology! Of course, I don’t condone taking a stranger’s photograph without asking permission first either. That would be pretty uncool, and a little creepy.