The Home Depot has just opened up 3D printing to an even broader audience.  Today, the chain announced that they would be selling MakerBot devices in select stores, including Replicator 3D printers and Digitizer 3D scanners.  To begin with, Home Depot is selling the MakerBot machines in 12 stores across California, Illinois, and New York. 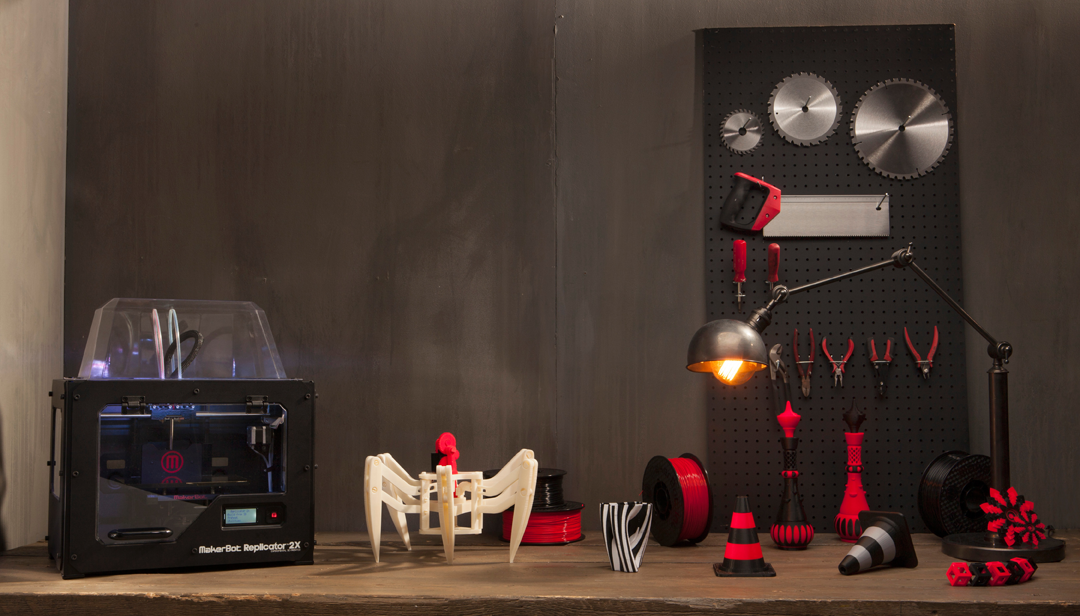 The home improvement giant actually began selling MakerBot products online three months ago, but the in-store move will hopefully bring in more DIYers and contractors who might have previously been uninterested in the technology.  Joe Downey, an online merchant for the Atlanta-based company, explained, “It’s a pilot for us to test a potential disruptive technology, and to make sure we are on the forefront of a new innovative product.” 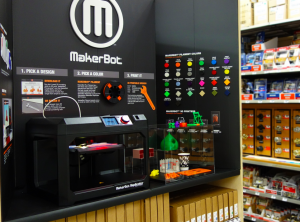 I can’t think of a better demographic for MakerBot to target.  Once Home Depot’s crafty customers see the potential of using 3D printers to produce replacement parts and plastic components, such as screw anchors, U-pins, light switches and the like, they’ll be quick to adopt the technology.  And, luckily for MakerBot, Home Depot will give them a brand to turn to.  At the same time that owning a 3D printer might reduce the need to purchase some supplies from the retailer, both MakerBot and Home Depot are well aware that it can’t replace everything.  For instance, CEO of MakerBot, Bre Pettis, explains, that you can’t use their 3D printers “like a hammer”. 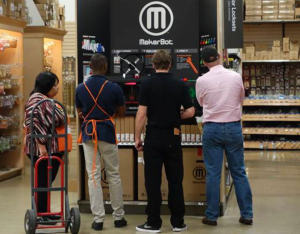 Interestingly, the Home Depot website previously sold Afinia H-Series 3D printers and currently has some stock of Afinia replacement parts and filament.  It’s possible that, with this new-found partnership, the company will no longer supply the competitor’s goods, due to legal issues between Afinia and MakerBot’s corporate owner, Stratasys.  But, if the pilot program is successful and as the 3D printing market grows, I can imagine that Home Depot may wind up carrying a broader range of 3D printing products.

On a somewhat related note, I once went to a local Ace Hardware, looking to purchase a piece of PTFE tube for my 3D printer.  I couldn’t seem to find any, so I asked the shop manager.  When I told him what it was for, he responded with a patronizing, “Why would a hardware store carry something for a 3D printer? Try Staples or Office Max” and proceeded to laugh me out of the shop.  NOW WHO’S LAUGHING, OLD MAN?