Lenovo has unveiled the first Google Tango-enabled smartphone and it looks like it could really shake up the smartphone establishment.

The Lenovo Phab 2 Pro is the first phone to come with Google’s revolutionary 3D scanning technology. Nobody is entirely sure how this technology will play out in the years ahead, but we know that it’s a game changer that can potentially scan the world.

Lenovo has beaten the competition to the punch and incorporated the technology on the first phone that it has officially shipped to the US, so it’s fair to say this is a big deal for the company that has built its reputation on budget smartphones, laptops and tablets.

Could Lenovo take the fight to the big guns?

Could it challenge Apple and Samsung for total dominance of the smartphone market? That’s a massive leap of logic right now, but the Chinese-based manufacturer pulled off a massive coup with this deal to become the first supplier to release a Google Tango-enabled phone.

We need to wait and see just how big an impact it has on the actual paying public. At $499 in the US, it offers value for money, too, but this is no cut-price offering.

At 6’4 inches, the phone is physically much bigger than the 5.5-inch iPhone 6S Plus and the 5.96-inch Samsung Nexus 6. That’s in part down to packaging reasons as the Google Tango hardware includes multiple lenses and an infrared sensor that allows for much more precise positioning. 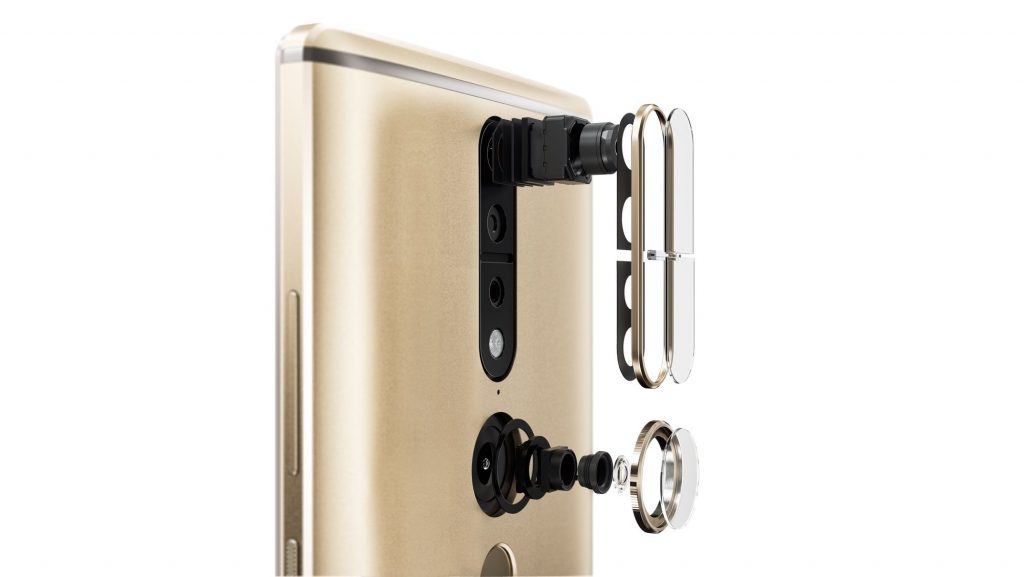 The end result is somewhere between a phone and a tablet, though, so the marketing department will have to put in some hard yards to convince the public about this ‘phablet’. Future generations will get smaller, but right now this is a brick of a handset.

Augmented Reality is, unsurprisingly, a big part of the sales pitch. Thanks to advanced area learning, depth perception and motion tracking, the Phab 2 should be able to integrate into its surroundings and provide a far more realitistic augmented reality experience.

That could help us measure up a room and refit it on our phone before we buy the furniture. It should provide a unique experience when it comes to shopping or even touring a city and it gives advertisers the opportunity to bring physical displays to life.

It is now down to the third party advertisers, game manufacturers and other suppliers to come up with ways to use this innovative tech. Google Tango and Lenovo are ready to go. When it officially goes on sale in September it will have 30 Tango-enabled applications. If the app stores offer any indication, you can expect hundreds within months.

All the tech is top of the line

Of course a phone like this cannot be a one-trick pony and Lenovo has worked hard on the basics, too. A 16MP camera, as well as trio of other cameras to cope with the Google Tango, should provide pin sharp images.

The screen, too, is a Quad HD (2560×1440) 2K IPS display that promises to take the fight to Apple and Samsung on the aesthetic stakes. Early reviews have noted the rich colours that pop out of the screen and that can only bode well for the Augmented Reality aspect.

The Snapdragon 652 processor was a pre-requisite for the amount of calculations the phone will have to make on the fly to keep Tango working smoothly. Lenovo couldn’t simply throw in a budget processor and hope for the best, so this is the cutting edge.

It’s an exciting phone loaded with exciting technology that promises so much. We cannot wait to see how Google Tango develops, we’ll be watching closely and we’ll bring you the updates as they come.