My first 3DPI article on Glass drew from the experiences of one of the highly anticipated device’s testers. It’s not the first time Todd Blatt has appeared in 3D printing news. Todd has worked for behemoth MakerBot, has started his own 3D print company, and is currently to be found crowd-funding Glass accessories on Kickstarter. Todd dropped me a mail, which in due course, turned into the following interview. Todd has 18 days, and only USD$232, to reach his target…

3DPI: Your 3D scanning with Google Glass made news recently; now you add some novel, extremely useful, 3D printed add-on’s for Glass: what is it about Glass and 3D printing than inspires you to align the two technologies?

TB: The skills people develop in school and at hacker spaces can enable them to make mostly anything they want. I usually see the world through a 3D printed filter. I view 3D printing as one of the tools in my toolbox, but the one I’m best with. As the old adage goes, when all you have is a 3D printer, every problem looks like it could be solved with plastic fused together one layer at a time.  What’s neat about having access to 3D printers now, on your desktop and with online service bureaus is that you can beat traditional manufacturers to market. You can prototype at home and have a product up online for sale on a site like Shapeways in just a few hours. As a Glass Explorer, I am able to grab another edge to become an early developer of hardware since I could test the fit and functionality before others get access to the device.

3DPI:  How do you find the functionality of Glass to 3D scan?

TB: I’m not a software developer so I couldn’t make a separate app for me to scan on my own. I had to take pictures one at a time. As it stands now I had to keep repeating the phrase “OK Glass, Take a Picture” over and over to get the scan. If there was an app that you could set it to automatically take a series of photos, one after the other, it’d allow for much easier scanning.

3DPI:  Sounds like a niche! Do you see a future in 3D scanning with Glass as the hardware progresses?

TB: 3D scanning using 123D catch is very fun, and really not that hard to do. The average Joe can do it, yet it really hasn’t taken off. I don’t see Glass as the way to do it because you can’t easily get as many angles as you need to get a really nice capture. With a point-and-shoot camera, one can reach up and get those high angles much more easily. While it was a fun thing to do I don’t think that people will shift from using cameras to do it to Glass. 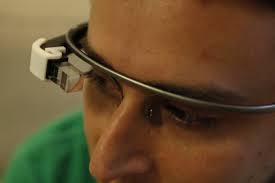 3DPI: Is privacy the centre of your remit with GlassKap?

TB: While, yes, GlassKap does touch on the privacy issues around Glass, I don’t really believe it’s a true problem.

Once people understand Glass, they usually are much more calm and not worried.  It’s quite obvious that you’re taking a picture.  Recording a video is a bit different because you can start the video recording before you come up to a person, so they won’t know you’re recording.  You do have to be looking in the direction you want to record. Still, there are more discrete ways to capture video and photos in public.

I have been in certain situations where people refused to continue the conversation while I was wearing glass without a GlassKap on, so I do think that some people are in the other camp and that GlassKap does have a market.  It’s a touchy situation. 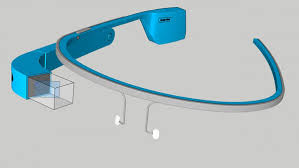 3DPI:  How did you find the 3D printing process, as both the prototypes and end product being 3D printed?

TB: I did have a lot of fun creating all the other accessories and some are much more useful. The pencil holder is a real problem since the arms take up that space. The display shield too is important on sunny days.

With 3D printing, the possibilities are endless. I’ve been working on a few other awesome ones since the campaign launched. I found out I’m able to add reward tiers even after the campaign is going, so I’ll be listing this one on there in the next day or two. I’m over 75% funded at the time of this interview so it’s pretty likely I’ll make it. There’s under 3 weeks left on the campaign.

It’s a piece that clips on, and holds a lens that’s focused for macro shots. I’ve done a bunch of testing, found the right lens, and am pretty excited about the macro lens GlassKap. You can check it out at www.glasskap.com

3DPI:  You’ve been designing in 3D since 1997. Should Google change the ergonomics of Glass before late 2013 release, will utilising 3D printing aid confidence that redesigns will be relatively simple?

TB: I have a mechanical engineering degree from UMBC and have been making 3D models ever since. I graduated to more sophisticated 3D modelling tools and have made more than a thousand designs for printing. I started selling 3D prints in 2009, and formed a business around making 3D models / prints called Custom 3D Stuff.

It’s very hard to guess if Google will change the design since the design is pretty stable and most of the updates needed are software. They’ve been releasing one every month. I’ve gotten two so far since I’ve had it.

If they do change the hardware, adjusting my designs is no problem.