Given the number of accidents and inefficiency associated with our current generation of cars, it’s easy to see why many think of autonomous vehicles as the future of transportation.  Tesla stands out as one of the trendsetters in this field, but that doesn’t mean that other manufacturers aren’t jumping in. The latest company may not be who you’d expect: Goodyear has weighed in on autonomous driving with a completely spherical tire concept that they believe will serve the 85 million self-driving vehicles expected to be sold annually by 2035. 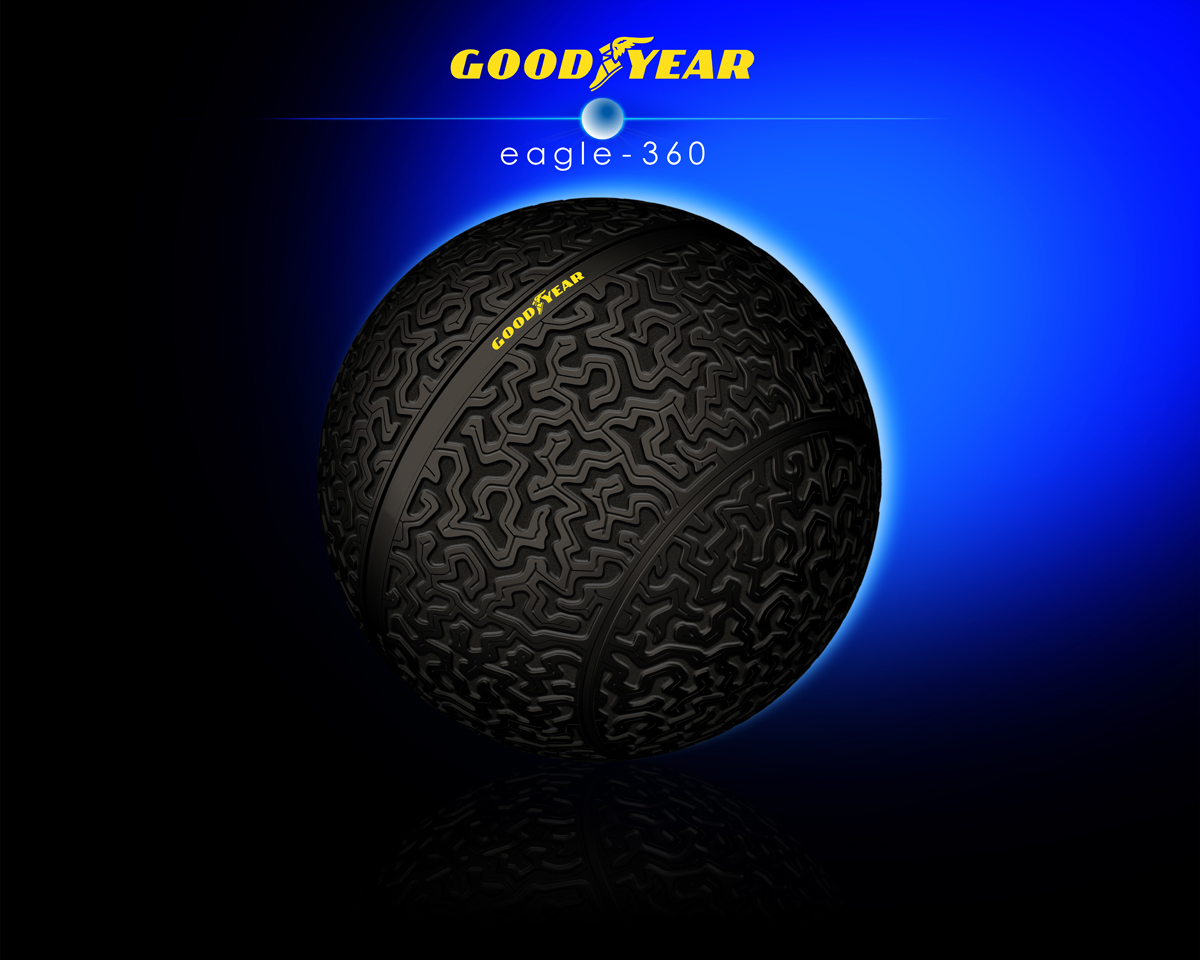 The Eagle-360 is conceived of as a 3D printed tire that offers true 360-degree motion. With treads meant to mimic the shape of brain coral, “multidirectional blocks and grooves help to secure a safe contact patch.” This could certainly be accomplished with 3D printing, as could the groove bottom’s “natural sponge” texture, “which stiffens when dry yet softens when wet to deliver adequate driving performance and aquaplaning resistance” and “absorbs water on the road and ejects water from the tire footprint through centrifugal force.”

By 3D printing some microstructures to be less dense and other portions to have a more rigid framework, such a concept is definitely possible. Goodyear also envisions custom tires to be 3D printed depending on the environment where the car will drive most frequently (desert terrain, snow, etc.). And the spherical shape would allow cars to parallel park on their own, saving many-a-teenager the trauma of failing their first driver’s test.

Other exciting aspects of the tire concept are the use of magnetic levitation and embedded sensors. Goodyear imagines the possibility of suspending the tires from the car with the same magnetic levitation seen in Maglev trains for a smoother ride. Sensors built within the tires seem like a no-brainer when you think of the other data your car is able to provide you related to oil levels, airbag problems, and whether you need to take your vehicle into the shop. But the Eagle-360 would not only be able to monitor tread wear and pressure, adjusting the treads to extend mileage, but it would also monitor road surface conditions to improve vehicle safety.

Jean-Claude Kihn, President of Goodyear EMEA, discussed the new tire concept at a press conference in Geneva, Switzerland, saying, “Though this is purely a concept tire, it showcases some of Goodyear’s best innovative thinking and how the needs of future drivers can be addressed. Based on our own recent research, we know that young drivers are looking for smart and sustainable cars to be part of future mobility and that reliability and safety are key for them. We believe the Eagle-360 concept tire could deliver a safe and sustainable solution for our end consumer who is likely to drive or ride in autonomous cars in the future. We also hope it serves as inspiration for the automotive industry as we continue to find solutions for the future, together.”

It may be a concept, but it doesn’t seem too far removed from reality, particularly when you consider the imminence of autonomous vehicles and all of the fun sci-fi features they bring with them.  Now that companies like Tesla and Local Motors have forced auto manufacturing stalwarts to innovate their 20th century designs to meet the needs of an increasingly connected society, maybe even hundred-year-old tire makers will have to stay on the cutting edge.