An academically-oriented racing team called Elefant Racing, which consists of students from the German University of Bayreuth, have teamed up with Voxeljet in their quest for the perfect racing car seat.  To create the most snug-fitting, durable and lightweight seat possible – all quite relevant aspects when racing at high speeds – the students have used 3D printed sand moulds with laminate as the basic material. This is a novel approach, compared with the different kinds of metals, which are typically the go-to material for the sand moulds – at least in sectors where each gram doesn’t equal lost time.

Besides the obvious weight factor, the team’s chosen seat-shaping process also allows for more testing before fitting the finished bucket seat in the race car: “The positive mould gives us the option of ‘test-sitting’ the new seat before laminating, and to make adjustments if necessary. A sand mould is ideally suited for this purpose, since it can be easily machined with sanding and scraping. However, the current mould from the voxeljet printer was a perfect fit from the start,” states Artur Horn, the Team Manager for Elefant Racing.

The 3D printing process of the seats involves several phases between transforming the individual parts from bits to physical components and finishing the assembled seats with curing at room temperature, but the concept itself -ideated by the students – is applicable in other disciplines besides the racing world. Voxeljet’s CEO, Dr. Ingo Ederer also sees the open-minded potential of the young students as something for everybody related to the industry to take note of: “We have been supporting the Elefant Racing team for some time, and we never cease to be amazed by the students’ creativity, which continues to open up new areas of application for 3D printing technology. We wish the team much success with the new seat, and a successful racing season,” he commented. 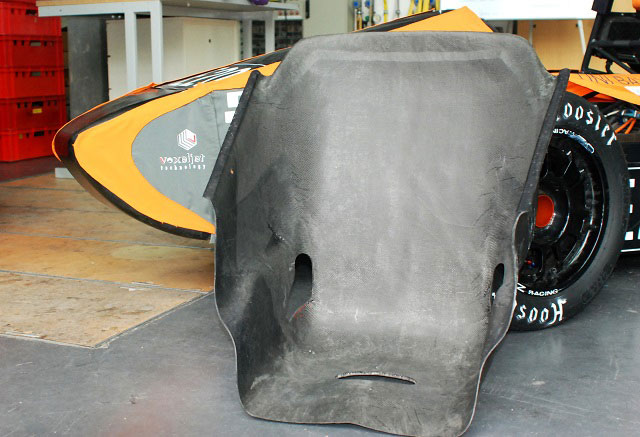