German RepRap is now offering a 3D printer extruder that reduces the time taken to print an object to just 60% of the time taken with a standard 0.5mm extruder. The company iterates that its new one millimeter extruder also makes the printing output stronger than the point five extruder given to the increased wall thickness of each stream and the reduced number of layers that are fused together. It can be used for a range of 3D printers that include German RepRap’s own X400 model and their PRotos V2 where a modular hot end allows a quick extruder change.

Compared to a 0.5mm extruder the new German RepRapone only takes approximately half of the time to print an object at the same speed. However, the trade-off for these advantages is that the resulting 3D printed surfaces are less smooth than the counterpart output from the thinner extruder. For this reason the new extruder is very useful where small details of the surface are not important, for which the company gives an example as casting houses. 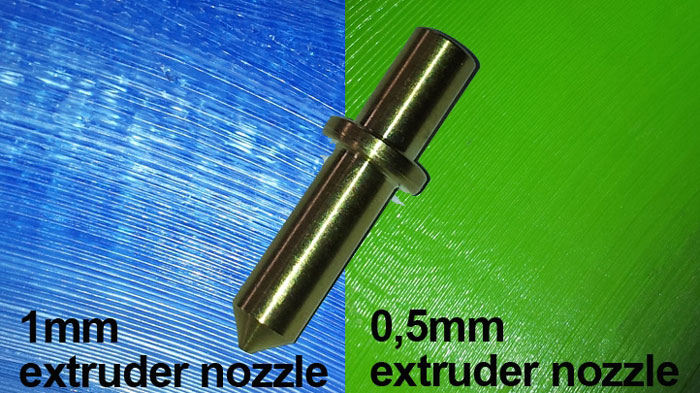 The best results can be achieved with PolyLactic Acid (PLA) at a print speed of 35-40 mm/sec. Acrylonitrile butadiene styrene (ABS) on the other hand would require a more powerful heating cartridge or a reduced print speed.

The new 1 mm extruder is available at the German RepRap online shop here for 18.99 EUR.