Much has been documented about the development of GE Aviation’s LEAP engine, developed by CFM International, which is a joint venture between GE and France’s Snecma. Indeed, the LEAP is the best selling family of jet engines in GE’s history, with CFM having received some $100 billion in orders. And now the company is reporting that the engine has just undergone — and  passed — its first flight test.

Behind this success, Italian company Avio, part of General Electric Aviation, in tandem with Arcam AB, recently reported the development a 3D metal printing process that is a real step forward by comparison to laser powered methods of industrial 3D printing such as laser sintering. The new process uses a 3-kilowatt electron gun to accelerate electrons in the Electron Beam Melting (EBM) additive manufacturing method to build light-weight titanium blades for jet engine turbines – as part of the next generation engine. 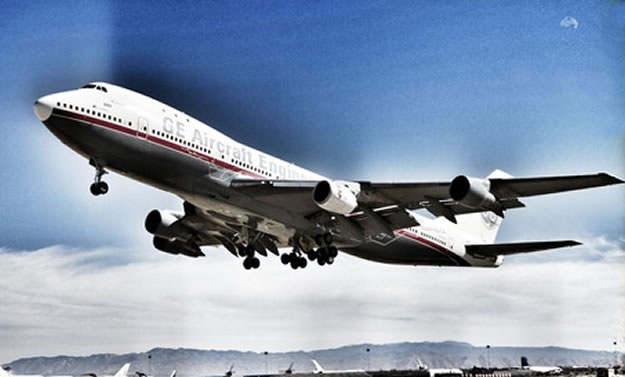 The first test flight lasted three hours and CFM said in a statement that the engine “behaved well and completed multiple aeromechanical test points at various altitudes.” This first test is the first of many with a comprehensive test schedule that will measure engine performance, operability, stall margin and acoustics over the next few weeks.  According to chief test pilot Steven Crane: “The LEAP engine behaved like a real veteran as we took it through its aerodynamic clearance points.”

The flight was part of the most extensive certification program in CFM’s history, which includes several dozen ground-based and flight test engines and marks a milestone in the engine’s development. There are three versions of the jet engine: The LEAP-1A is scheduled to enter service in 2016, the LEAP-1B in 2015 and the LEAP-1C in 2018. The LEAP-1A is for the new Airbus 320neo, LEAP-1B for Boeing’s 737MAX, the LEAP-1C for China’s COMAC C919.

The new variety of EBM 3D printing process can produce pars from layers of powder that are more than four times thicker than the average of those produced by laser based metal printing methods – thanks to an electron acceleration method ten times more powerful than the laser beams used in conventional additive metal methods. This increased production efficiency allows one manufacturing machine to produce eight turbine blades in seven hours. With some $1,600,000 in annual fuel savings on offer for the businesses who will run the airplanes that adopt this new high efficiency method of blade production, the numbers add up to a more economical, ecological way of making: not just manufacturing statistical prowess.

The GE Report states: “The idea was to improve the manufacturing of parts made from an advanced aerospace material called titanium aluminide (TiAl). The material is 50 percent lighter than the nickel-based alloys typically used for low pressure turbine blades. Blades made from the material can reduce the weight of the entire low pressure turbine by 20 percent.” GE has also begun the construction of a new factory dedicated to making 3D printed jet engine fuel nozzles in Alabama. Gregg Morris, who runs the additive manufacturing programs at GE Aviation, rather quaintly says: “The sky is the limit.”