A Gallery For 3D Printing In The Lebanon

RapidManufactory is a 3D printing manufacturing shop, located in TheBAKERY workshop, Mar-Mikhayel, Beirut, Lebanon. According to reports, Mar-Mikhayel has became a prime hub for new creative industries. TheBAKERY is a former traditional community bakery, the premises still bake, though now with ceramic dough in its kilns and ovens. Customers enter with their 3D files and leave with a baked physical object. RapidManufactory say that this has given birth to a local centre for designers, including a gallery and an exhibition that took place during Beirut Design Week 2014 from the 9th to 15th of June.

RapidManufactory provides a range of services that include 3D scanning, rapid prototyping, 3D printing based end-product production, metal casting and ceramic production. The services encompass additive techniques that include Selective Laser Sintering (SLS) and a current range of eleven different materials, including some very innovative ones as we will see shortly.

TheBAKERY has undertaken a significant restructuring of its space in order to accommodate a gallery alongside it’s small café, nestled amoung the other facilities at the faculty. The concept is that any designer can email the hub a three dimensional digital design to be manufactured locally and exhibited in the gallery. The aim is to provide a platform of visibility for innovative designers — both locally at their physical address, and globally via Freshly Baked Today’s online gallery, which can be found here.

The gallery has seen a number of innovative and intriguing items created by designers and produced by Rapidmanufactory.  These include eyewear made of concrete, 3D printed sunglasses made from a bio-plastic derived plants, an architectural construction kit, and a 3D printed game that uses the common old pencil as contruction poles.

To choose but one example, the sunglasses are crafted from a bio plastic named ‘Green Black.’ The material is synthetised from the common castor oil plant, Ricinus communis, which is – apparently – a species of flowering plant in the spurge family, Euphorbiaceae. 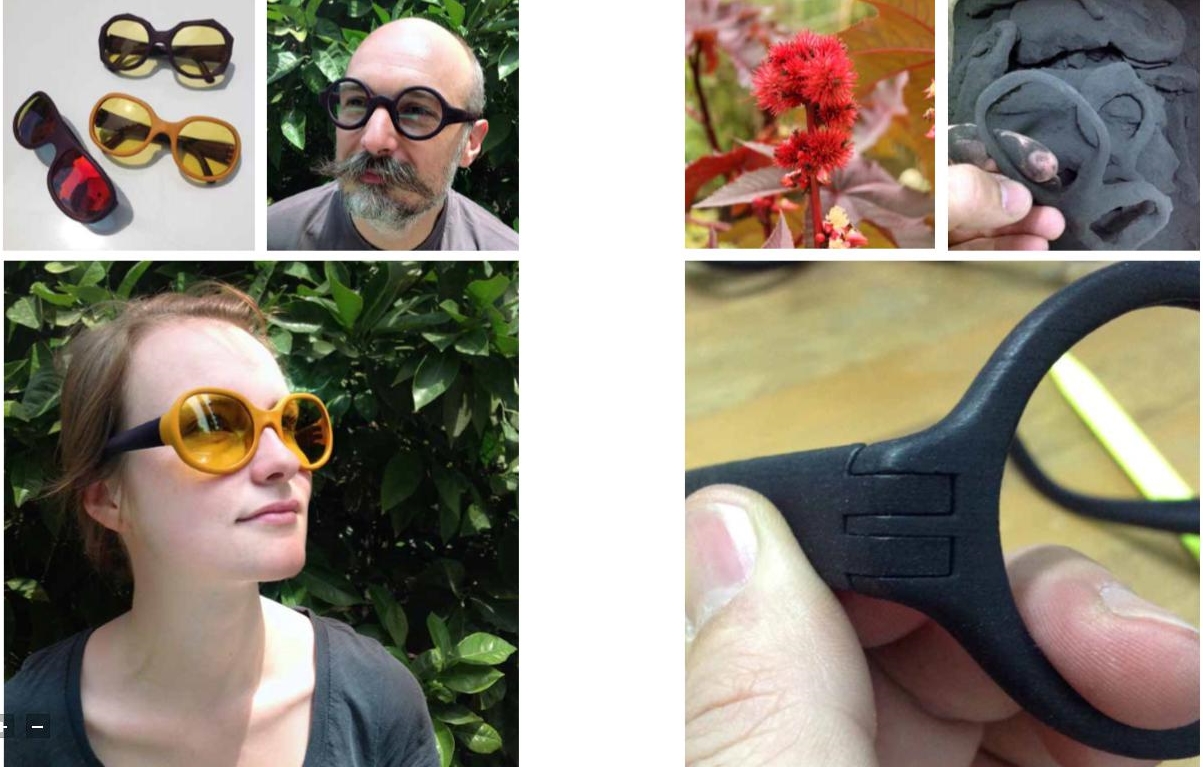 From a general business model perspective we could view these projects as being synonymous with a host of other models across the globe, whereby a 3D print shop encompasses an online platform and hosts a local design space. This is an entrepreneurial venture that is reaching out to provide a wide platform for individuals, established designers, start-ups and established companies.

There are a number of potentially unique features to what RapidManufactory has created here, including the particular nature of the ceramics workshop. What is perhaps most notable is that this is an example of a breakout 3D printing business in a developing nation — such as those reported on by Davide here and here.