Forget Vuvuzelas, Brazil 2014 Will Be All About the 3D Printed KXX

Most would rather try to forget them but do not worry, the “unofficial official supporters’ instrument” of the Brazilian World Cup this summer might not be nearly as annoying. If Utrecht based designer Michiel Cornelissen gets his way it will be the KXX, a 3D printed sound ring.

Pronounced Kah-shi-shi, the KXX is a rattling ring based on the Afro-Brazilian caxixi, a percussion instrument consisting of an enclosure filled with seeds or any small rattling particle, that is sounded by shaking, like the maracas. 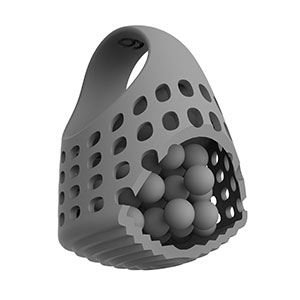 Unlike the traditional artisan caxixi, which is made of reed (the sides) and dried gourd, a kind of pumpkin, (the bottom), the KXX is 3D printed, which means there is no assembly required (it gets printed with the tiny rattling beads on the inside, as a single piece) and can talso be produced at a smaller scale, conducive to wearing it as jewellery.

“Since my first initiations into capoeira and Brazilian culture, I’ve been fascinated by the caxixi instruments that rattle with the sound of beads bouncing inside them,” Cornelissen explains. “I find it just as fascinating that 3D printing now allows us to miniaturize this shape into a wearable ring – with the beads printed right inside them.” 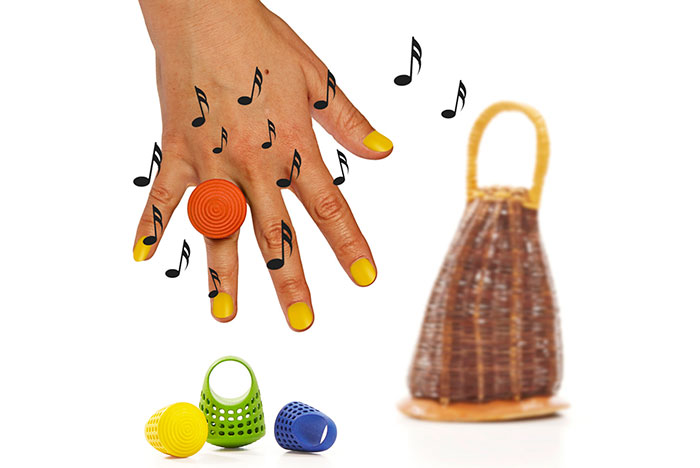 The ring, which Cornelissen shows on his own website in green, blue and yellow (the colours of the Brazilian flag) as well as “Dutch Orange”, can be purchased in any color from Sculpteo for € 10-13, depending on size. It can be used as a percussion instrument but also as an original and fashionable self decoration item. In fact any fan could get them in their own team national colour(s) for fun percussion competitions in and around the stadiums.

Now all we need is a good World Cup Anthem. Four years ago the African influence gave us Shakira’s Waka-Waka, but it is very likely that Brazilians will come up with even more frenetic rhythms to dance to this summer, while shaking your 3D printed KXX.