Only a few months ago, in an effort to reach out to the mass market, many Kickstarter projects were competing in a race to fund 3D printers with the lowest possible costs. Now, the tide has shifted and “all-in-one” is the new black. A number of projects, including the Fabtotum, which is now being delivered, and the Zmorph, demonstrated that multipurpose machines are possible. Most recently, the Flux 3D printer has kicked all-in-one system up another notch, introducing an added open source modularity element to its extrusion system.

Leaving the platform open to promote community based designs for extruders and other components is nothing new, but it works. Users love to give their contributions to a machine that can really make the best of them. The Flux project appears to be extremely convincing, as it has blown through its initial $100,000 Kickstarter goal and has systematically reached every additional goal that has been set since (except one), with the total funding standing at the moment of writing at just above $1.4 million.

Now, that it has been amply proven that multipurpose machines are possible, even without sacrificing too much of the properties of each function, Flux has developed a modular delta-style FFF 3D printer that can easily be assembled with interchangeable printer heads. The magnetic extruder system – not all that dissimilar from the one developed for the Spiderbot Delta (only it has two points of contact for each arm instead of one) – combines 3D printing, light 3D scanning, and a 200 mW laser head engraving system, with many more options on the way. 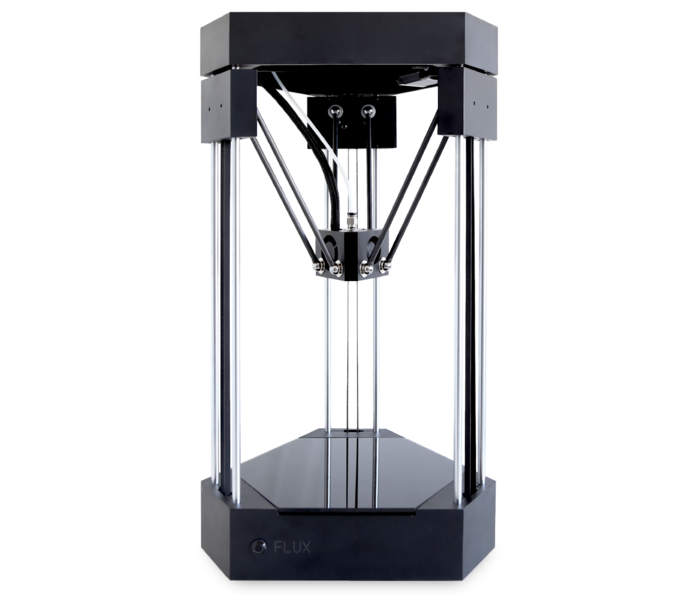 For example, hitting the $900.000 milestone means that the team is going to add a writing utensil to the Flux, which will use slicing data to create digital drawings. Future modules currently under development will include: a dual extrusion systems, a ceramics extruder, and a pastry extruder for printing chocolate and other edible or biological paste materials. These and other modules can be created through the open source SDK made available by Flux and, who knows, that laser engraving system might just be turned into a sintering mechanism, with the appropriate modules. 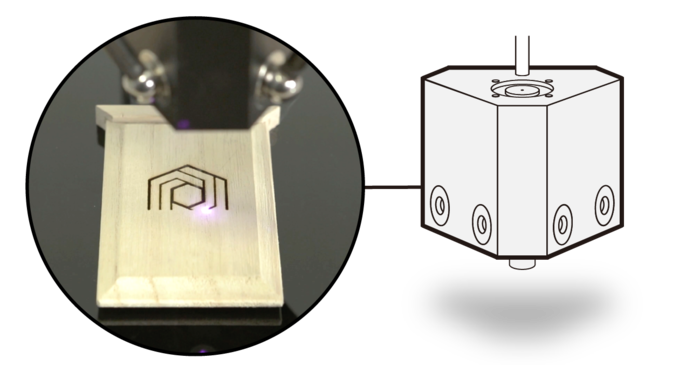 The $1,000,000 milestone pushed Flux to also introduce remote 3D printing capabilities through wi-fi connectivity and the best part is that this could all have been yours (if you were one of the lucky first 200 backers) for just $499. Quite impressive, even for a single use delta 3D printer. What was that about expanding the market?