A new startup called ReDeTec has just launched an Indiegogo campaign hoping to crowdsource funds to begin production on the ProtoCycler. The desktop filament extruder can be fed with raw material pellets, or is capable of recycling failed, broken or extraneous prints using the built in plastic grinder. According to ReDeTec using the ProtoCycler can reduce the cost of a kilogram spool of filament to just $5. 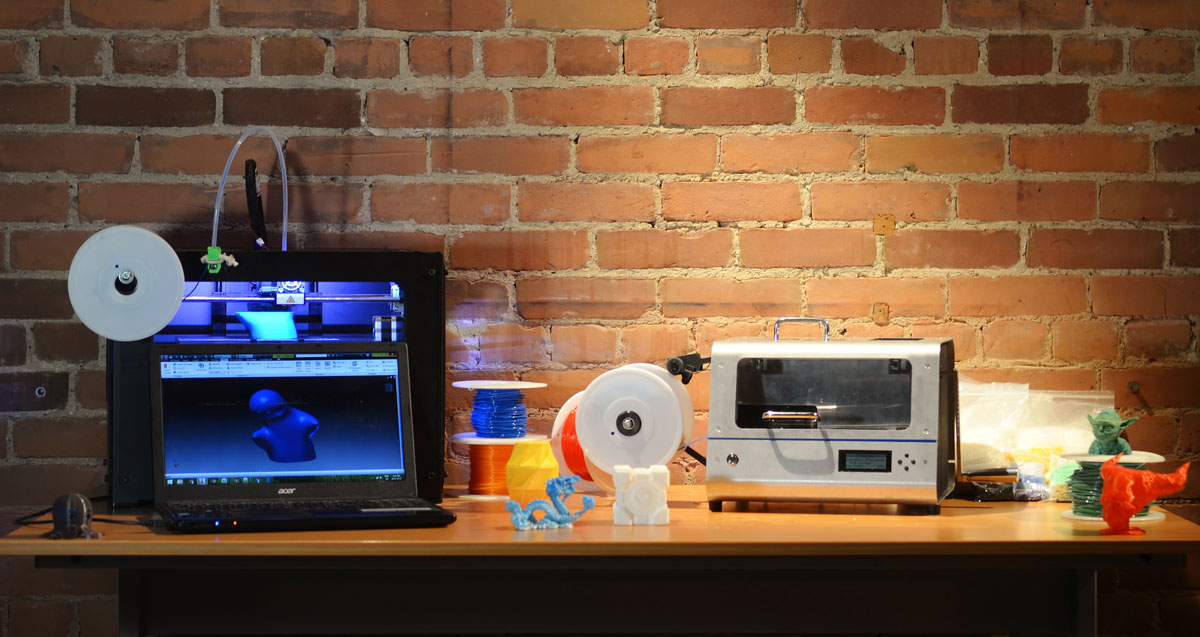 There are plenty of desktop filament extruders and several plastic grinders on the market, but so far nothing has really set itself apart as the product to beat. But ProtoCycler is pretty confident that they are that product. At just under $800, the price is right based on what else is on the market, and if it works the way that the campaign says that it will, it isn’t hard to imagine this being a safe bet for an office or someone who does high volume 3D printing.

“When we first started extruding filament, we used a design similar to the rest of the market. But we were frustrated by the lack of performance, safety, and reliability of those designs – it just took too much time and effort to get usable filament.” Explained the ReDeTec team on their Indiegogo campaign. “We ended up having to fundamentally change how filament is extruded to meet our standard for quality – a process that took 2 years iterating through over 10 designs, but was well worth it. Thanks to everything we’ve learned, ProtoCycler produces beautifully consistent filament, safely and quickly, no matter your skill level.”

According to the campaign, the ProtoCycler can produce filament at about 10 feet a minute, and the all metal hot end can reach temperatures up to 400 celsius. So there aren’t a lot of thermoplastic materials that can’t be turned into spooled filament with it. The ProtoCycler uses patent pending MixFlow technology that maintains a consistent filament feed. Consistency in filament shape is necessary to prevent jams, clogs and slipped feed in most 3D printers. 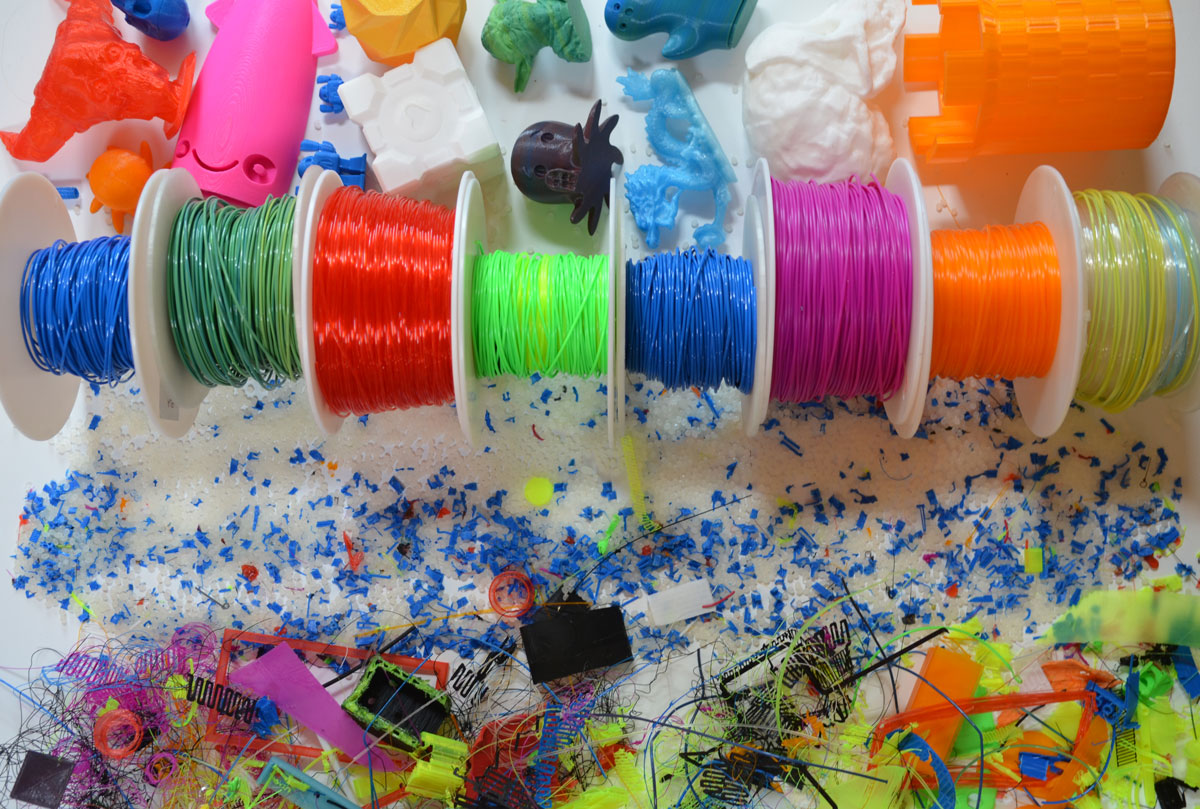 While the plastic grinder and recycler is manually operated with a hand crank, the rest of the device is completely automated. Users only need to push a few buttons and the plastic is extruded and hardened automatically, and the ProtoCycler will even spool it for you. There are pre-programmed settings for ABS and PLA, however there are manual controls so users can experiment with other materials, combinations of materials and even multiple colors. The software is completely open source, so users are encouraged to customize their experiences, share any improvements with the community, and as settings for new materials are tested and optimised they will be added with regular firmware updates.

The origins of the ProtoCycler concept started over three years ago, but the ReDeTec team officially began working on the product about two years ago. The team took 15 months to prototype through various iterations of the ProtoCycler, and just to prove their concept, anything recyclable created by their prototypes were fed into the grinder and turned into new prototypes. After developing all of the involved technology, integrated both processes into a single unit and perfecting the enclosure, ReDeTec had the entire device certified by Underwriter Laboratories so they knew it would be a safe product once it came to market. 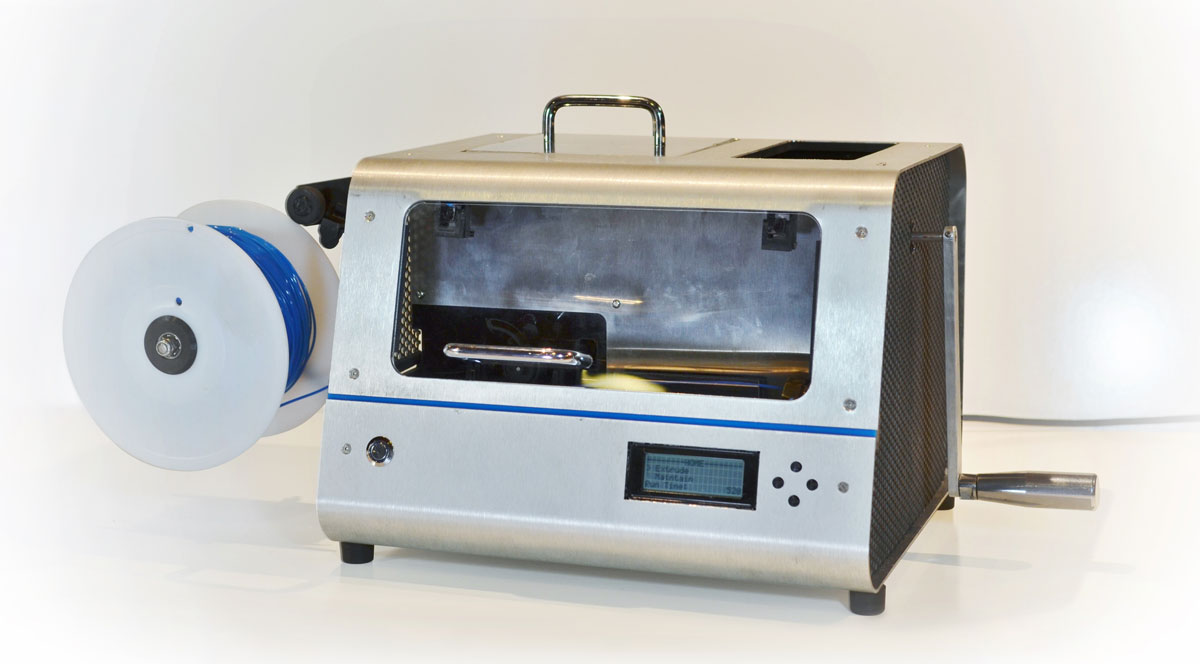 If you back the campaign, you can pick up a ProtoCycler for $699, and the first production models will have a retail price of $799. ReDeTec is looking to raise $70,000 for production and it is a fixed funds campaign so they need to reach that goal in order to claim any of the money raised. They are already halfway to their goal with more than 40 days to go, so the chances of the ProtoCycler being funded are pretty good.

If you’re in the market for something like this then the only drawback that I can really see is the potential of mixing bits of materials inadvertently if the girder isn’t cleaned out properly.