Now in its sixth year, the Design Museum’s annual Designers in Residence exhibition provides a platform that celebrates new and emerging designers at the early stages of their careers and demonstrates the Museum’s commitment to supporting and encouraging new design.

One of the 2013 designers exhibiting at the event is Adam Furman, whose collection explores “the concept of identity through a cabinet of curiosities containing products made entirely from 3D printing and Slip Casting.” And according to Adam’s own description, “The project follows a fictional journey of an individual’s intimate and obsessive search for identity.” Adam graduated from the Architectural Association in 2009 and is currently working at Ron Arad Associates. His recent designs use new fabrication techniques including 3D printing, as well as more traditional ceramic production to express his interest in architectural history, theory and speculative architecture

Adam’s work has been sponsored by colour 3D print bureau, Lee 3D, which runs a ZPrinter 650, of which we don’t hear so much these days. But judging by the results demonstrated with Adam’s work, that’s rather a shame.

George Lee, director at Lee 3D explained: “The ZPrinter 650 is suited to Adam’s work with its complex geometry and vibrant colours. The project involves an interesting marriage of new technologies and traditional techniques; 3D printing for patterns for slip casting, which mirrors the blend of modern and classical forms in Adam’s design work.”

The Kitschspot seems to be a favourite piece of George’s, and it’s not hard to see why. 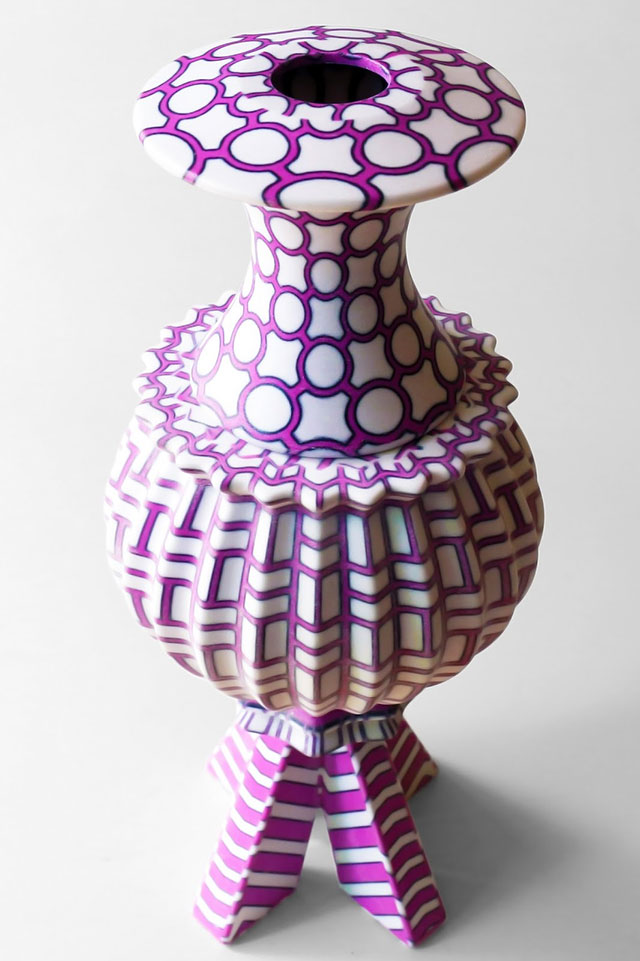 But as with any superior end product, and for ceramics in particular, the post-processing that was involved was a vital part of the process.

George said: “We have invested in finishing technology for this project to keep the colour parts looking as sharp as the day they were printed. In the past some colour parts faded which would be disastrous in a high profile exhibition in the Design Museum.”

The original, colour 3D printed part, which will be on show at the Design Museum, was used as a pattern to create further further pieces. 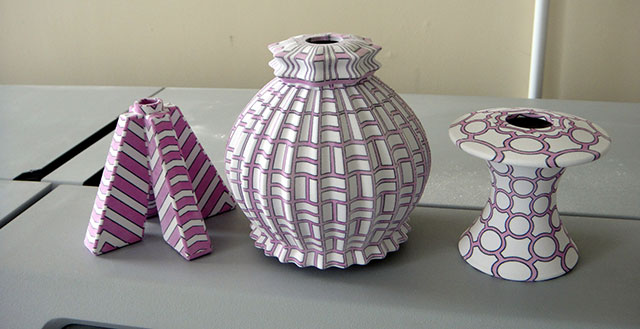 The exhibition, including Adam’s collection of 3D printed forms, will be on display at the Design Museum from 4th September 2013 until 12 January 2014.