Faster Than a Ferrari and It Was 3D Printed?!

Let’s cut to the chase.

For those of you who don’t know Kevin Czinger, he’s the man who built this. 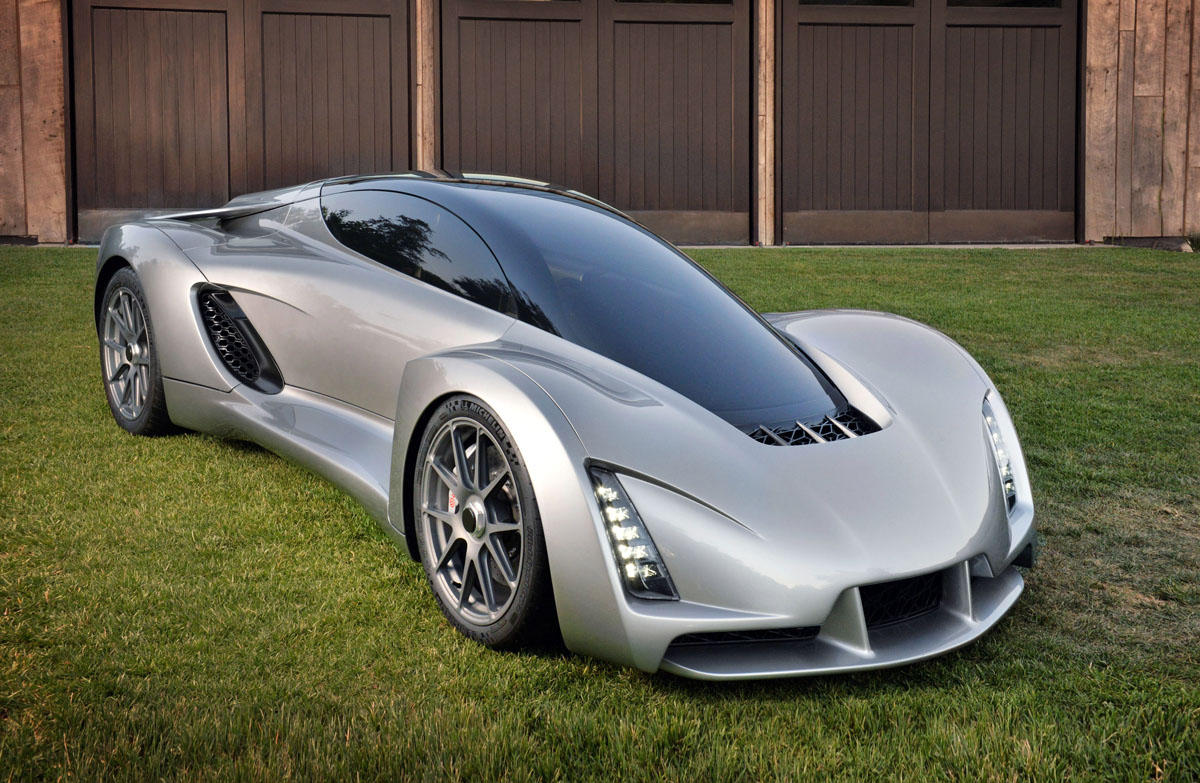 You’re looking at the world’s first 3D printed supercar, Blade. That’s right, the beautiful car in the photo above has a chassis that’s made up entirely of 3D printed aluminum nodes and carbon fiber connectors.

The magnitude of those performance figures can get lost when read on a computer screen, so here’s a video of Blade under hard acceleration to drive the point home.

Czinger is the founder of Divergent Microfactories, the company responsible for Blade and the incredible technology that made it possible. Kevin and the team at Divergent are aiming to radically change the way we manufacture cars.

I had the chance to catch up with Kevin last week and talk about the things he’s working on. Over the course of an hour, he gave me the scoop about Blade, Divergent Microfactories, and the danger traditional manufacturing poses to our future. It’s not just tailpipe emissions we should be worrying about – and he’s got the cold hard science to back it up.

Kevin I’m curious, why build a supercar to showcase your new technology? Why Blade as your first product?

Well, for a couple of reasons.

Number two, I think that, by building a supercar, you can show people by the car’s performance that the chassis manufacturing system we’re using can stand up to extreme forces and extreme performance. It has a lot of strength as well as being super light; that was another important validation.

The third thing is that animal spirit and interest are generated by cool-looking, super-performing things. When you’re starting out presenting a new technology, it’s good to have something that’s beautiful and stirs the animal spirit.

I asked Kevin about the response Blade has been getting from the public; he shared his favorite story.

People haven’t seen anything like it. I was at the Hollywood design show a few weeks ago. When I was pulling the car up to bring it inside the hall, two different tourist buses had their drivers stop and pull over so they could see the car. Everywhere we go it receives an incredible emotional response, which is what we were really hoping for. 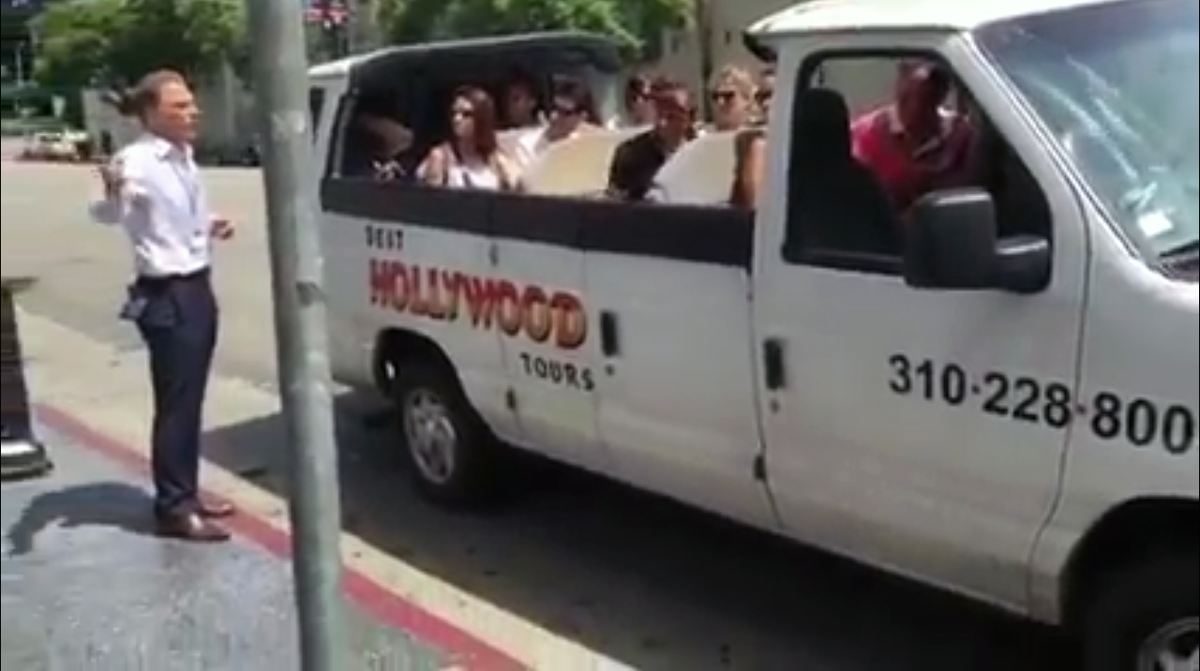 Now it sounds like you’re a true car guy, so I gotta ask, how does it drive? Is it up to par with a modern performance car? Or are there still quirks to work out?

The car handles between zero and 120 mph extraordinarily well. We’re really a technology company. We’re not trying to build as many cars as possible or build racecars, so we haven’t sorted it out as a racecar – but driving, braking, cornering… it performs well.

The acceleration is totally incredible. You’re looking at a car that weighs 1,388lbs and generates more than 700hp and 500lb-ft of torque! It has very stiff, raw performance.

So, how do you explain this technology to someone who doesn’t know what it is?

If you look at how cars are manufactured today – and have been for many decades – you’re taking a design and freezing it in hard metal tooling. That takes many months and costs tens of millions of dollars. Then you need a 400-ton stamping machine and a factory that costs a minimum of 250 million dollars. It costs so much that you’re stamping that same basic design for 7-10 years to get a return on that massive amount of capital.

The entire auto industry is focused on capacity utilization of very expensive assets.

Chassis connectors, called “Nodes”, are 3D printed out of aluminum alloy and assembled with carbon fiber tubes. This yields extreme strength and light weight, while permitting design changes on the fly. 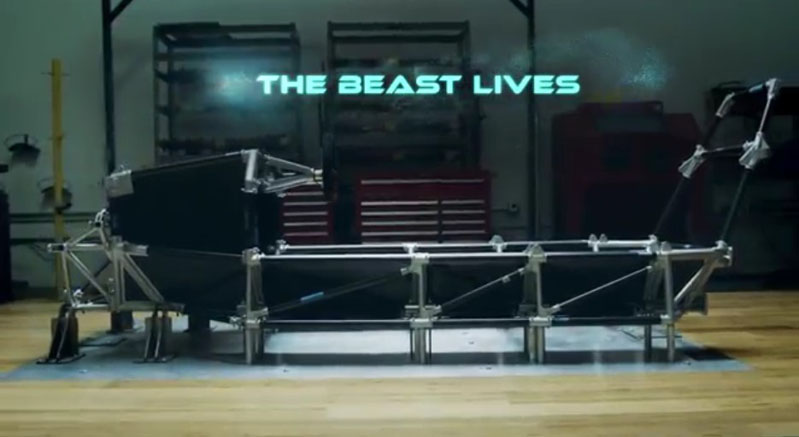 Kevin, why did you want to develop this technology?

I learned the inflexibility of hard metal tooling, as well as the need to change the way we manufacture cars while working at Coda.

Coda was an electric car company Czinger co-founded in 2008. He learned first hand what it takes to build an EV and bring it to the US market.

People are fooling themselves – I was fooling myself – by looking at an electric car and saying ‘Hey there’s no tailpipe exhaust, this must be fine’. Having no tailpipe exhaust is a positive, but manufacturing a big heavy car more than negates that.

The national academy of science produced a 600-page report on the environmental impact of cars. What they found was that how you manufacture a car and its fuel is far more important than tailpipe emissions.

Kevin shared this graph highlighting the environmental impact of manufacturing a vehicle. 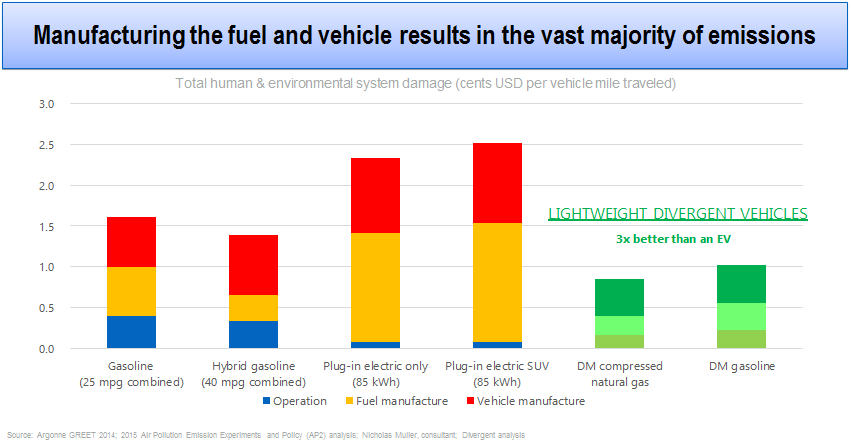 If you say that to 99 out of 100 people, they’ll look at you and say, ‘Is that true?’ No one even thinks about life cycle analysis, and, yet, we can destroy our planet if we don’t. We need to look at everything that happens from mining through manufacturing, vehicle operation to disposal.

It took us 113 years to build around 2 billion cars. Over the next 40 to 50 years, if the trend continues, we’re going to triple that number. The vast majority of that environmental damage is not going to come from tailpipe exhaust. So, I looked at that and said there has to be some different way.

Do you ever worry this might fail? That there will be a challenge you can’t overcome?

There was a long pause while Kevin thought about his answer.

Of course it can fail.

Do you ride a bike at all? There’s a point in a bike race where… where you’ve turned yourself inside out. And you could let up for a second, but if you don’t – and you have no idea if it’s going to work or not – you may end up winning.

Well, that’s what it’s like. You turn yourself inside out against the unknown outcome.

Kevin told me he had a dinner meeting, so we should begin wrapping things up. I thanked him for his time, and pondered my last question. I was inspired by Kevin’s hustle; his ability to bring his ideas to life.

What advice would you give to an aspiring entrepreneur?

One time my wife asked, “What’s the secret of doing all this?”

It’s simple; I move my feet. The moment I know I need to do something, I take a step forward, and keep going. If you keep getting up and keep going, you’re going to make something happen. 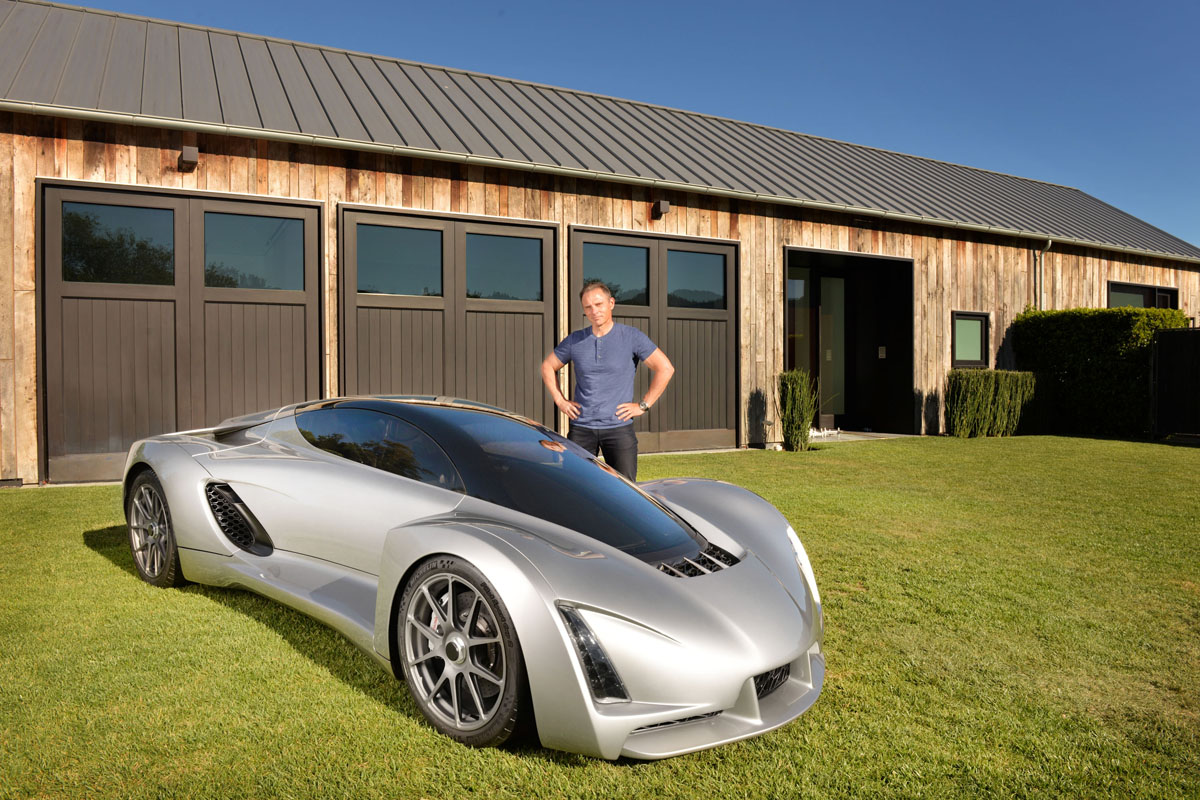 For incredible pictures of Blade, visit 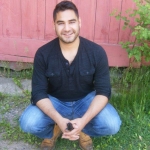 Wesley Hart works in the metal AM industry at Imperial Machine & Tool Co. His role provides him with unique insight into Metal 3D Printing and Hybrid Manufacturing on a daily basis. In his free time Wes enjoys playing music for people, and repairing vintage guitars.