FabX has launched the third generation of its famous budget 3D printer that launched with a simple mission to bring high-end functions to the budget realm.

Redd Robotics was launched in 2013 and brought Indian costs and innovation to the global world of robotics, consumer electronics, the Internet of Things and, of course, 3D printing. It now has offices across India and is working on opening branches in Singapore and the US.

Things are going well, but that’s because the company is committed to constant evolution and this is clear in its 3D printer line-up. It’s not the biggest name out there, not by a long way, but this latest printer could leave a lasting impact on the consumer market. 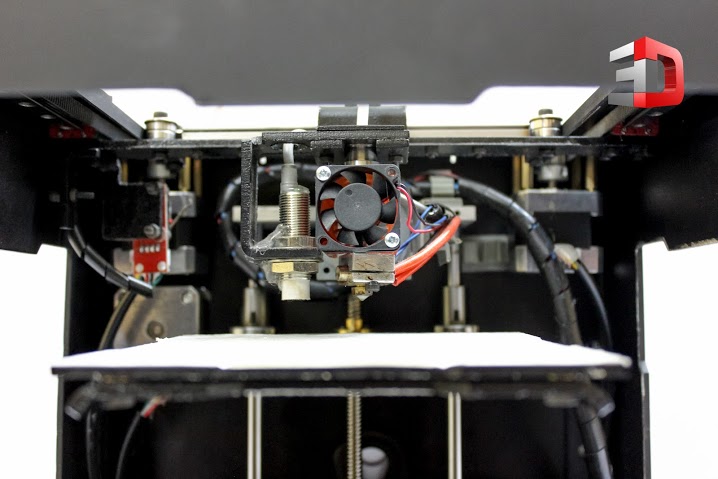 The FabX 3 retails at just $499 and yet it comes loaded with features that we’ve become accustomed to seeing in high-end printers. The highlights include a full aluminum frame, SD card support and auto bed levelling and calibration to ensure a perfect first foundation each and every time. A Bowden mechanism with moving weights combats vibrations during the print process.

An E3D series nozzle, a removable and magnetic build plate and one-touch printing also feature on the FabX. In fact, you can start, stop and pause the whole process with the single touch of a button. This will save you time and materials in the long run.

The goodies just keep coming, too, with an LED-illuminated cabin and bottom, twin cooling fans and high-grade materials that should help improve the quality of the finished product each and every time. A Hiwin linear guide rail and an ultracore XY axis are sturdy components that should stand the test of time.

The powder-coated aluminium frame provides rigidity and strength, as well as a sleek look, that help eliminate vibrations that can affect the final outcome. 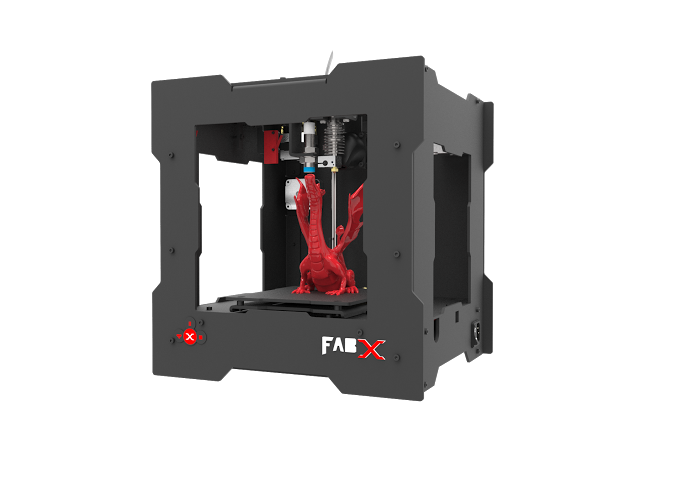 It’s big enough in there

The build volume of 120x120x120mm means it’s a printer that is aimed at beginners, but it’s versatile and can print 20-50mm/s at a resolution of 50-300 microns. The nozzle temperature gets up to 500 degrees Farenheit and it can handle a variety of materials. They include the printer’s favourites PLA, PET-G and T-Glass, but it is also hot enough to deal with metal composite filaments that could open up new avenues for the home printer.

Surendranath Reddy, the CEO, CTO and founder of Redd Robotics, is clearly happy with his work. “The increased sale of 3D printers over the past few years has taken additive manufacturing mainstream more than any other single development globally and the same wave has started to take place in India,” he said. “Low cost 3D printers are catalysts for the professional as well as consumers.”

“A Year ago, when we announced the FabX, we had one clear vision, Placing a 3D printer in every home and Enabling Spatial thinking in every child, something that was not known until our generation. Art or creativity for us was mostly pen and paper.

“Today, with 3D printing we have the technology to create pretty much everything we can imagine. 3D Printers would change the Physical world the same way Computers changed the Digital world. The next industrial revolution has just begun.”