Drupa 2016 is Approaching; and Here’s What to Expect

The legendary print equipment exhibition is back again, traditionally four years since the previous one held in 2012. The Drupa Print Media Fair 2016 will be held in Düsseldorf, Germany from 31st May to 10th June, 2016. And just like Drupa 2012, which attracted over 300,000 visitors from over 100 countries, Drupa 2016 is envisaged to attract a similar, if not larger number of participants. The exhibition will be held from 10:00am to 6:00pm on weekdays; and 10:00am to 5:00pm on weekends. Print equipment giants, such as Konica Minolta, Hewlett-Packard, Ricoh, DesignNBuy, Xerox, Kodak, Canon and Fujifilm are expected to showcase their new technologies, to serve the dynamic print industry over the next four years.

Over the last five years, 3D printing has been the most talked about print technology. Users from all areas are constantly demanding services that are now being made possible and easier with 3D printing. Be it the medical, automotive, aerospace, packaging and design, or even the construction of development plants, this sophisticated technology is quickly proving to be the most reliable and accurate form of print technology ever invented. It is for these reasons that 3D printing is going to be part of the Drupa Exhibition for E-technologies. These e-technologies have also provided a platform for users to easily buy their Drupa trade fair tickets online.

Futuristic 3D printing is going to be a focal issue and there will be very interesting solutions developed by exhibitors like Ricoh, Xerox, HP, Mimaki, Leapfrog, TU Chemnitz and Roland. The exhibition will also feature Drupa newcomers, such as Stratasys and Massivit 3D Printing, among others. Director of Drupa, Mrs. Sabine Geldermann, explains the importance of including 3D technology as a point of focus in this year’s Drupa Print Media Fair. Sabine says that 3D printing is envisioned as revolutionizing major industries, such as mechanical engineering, spare parts, and design and packaging solutions. She says this year’s exhibition will be an opportune moment for exhibitors, customers and technology providers to interact and experience first-hand feedback to keep this important topic in motion.

VDMA will also have an initiative for the Additive Manufacturing sector, which is also expected to make contributions to the Drupa Trade Show for digital printing. Among these contributions will be the 3D fab+print touchpoint. The Additive Manufacturing workgroup Project Manager, Rainer Gebhardt, explains that 3D printing is ideal due to its complete customization and flexibility in production. Rainer says that this time-saving technology is very effective in the production of promotional items and batches of other important tools. In addition to these exhibitions, 3D printing is also going to be featured in the Drupa innovation park in the category of “Innovations in Printing Technologies”.

With the increased need to observe green printing due to climate change, the 2016 Drupa Print Media Fair will feature innovations that have been put in practice to comply with green standards. This is a factor that has been taken seriously by corporations in their social responsibilities, as they also save on resources and ultimately achieve great cost benefits. Future expectations in green printing are efficient energy, ethical consumption, sustainable innovations in media production and marketing, certified printing materials, as well as clean technology and eco-labelling.

Drupa 2016 will also feature the latest applications and solutions in multichannel publishing. Applications such as web-to-print, QR codes, and augmented reality will take centre stage at the exhibition. Users and developers will get to see the new possibilities found with the incorporation of single source publishing and ICT solutions, such as database publishing and content management systems.

In a separate interview held recently, Mrs. Geldermann also pointed out that this world-leading trade fair for print and cross-media solutions, will be held after every 3 years from 2016. This will be contrary to the traditional four-year gap between every trade show. The change was effected after a recent Drupa committee meeting in Dusseldorf, citing changes in technology and quicker advancements in inventions as the major reasons behind this change of schedule.

So, whether you are a corporate developer or an individual solutions provider, or even if you are simply a user of diverse printing technologies; the Drupa 2016 exhibition is a must-attend event for you, especially because it doesn’t just happen every other calendar year. This is the only exhibition that brings over 100 countries together with all the printing giants to showcase new technology in printing and take suggestions for future innovations. 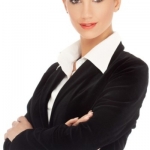 Amy Watson has started her career in web to print technology and now she has more than 5 years of experience in it. Now, she has innovative ideas and collection of web to print software & addons to grow up the printing industry as well as to integrate it with eCommerce market segment as well. She really enjoyed a success when she integrates product based software to make business structure more smoothly. She has good ability to prioritize and manage a demanding workflow for both kind of business such as small business & Fortune 500 commercial environment.