I’ve heard nothing but pretty good things about the Idea Builder from Dremel, which isn’t too surprising because I’ve heard nothing but good things about the printer off of which it is based, the Flashforge Dreamer. Now, the Idea Builder has gotten a big upgrade that is sure to please previous fans, as it comes with at least one important upgrade: WiFi. 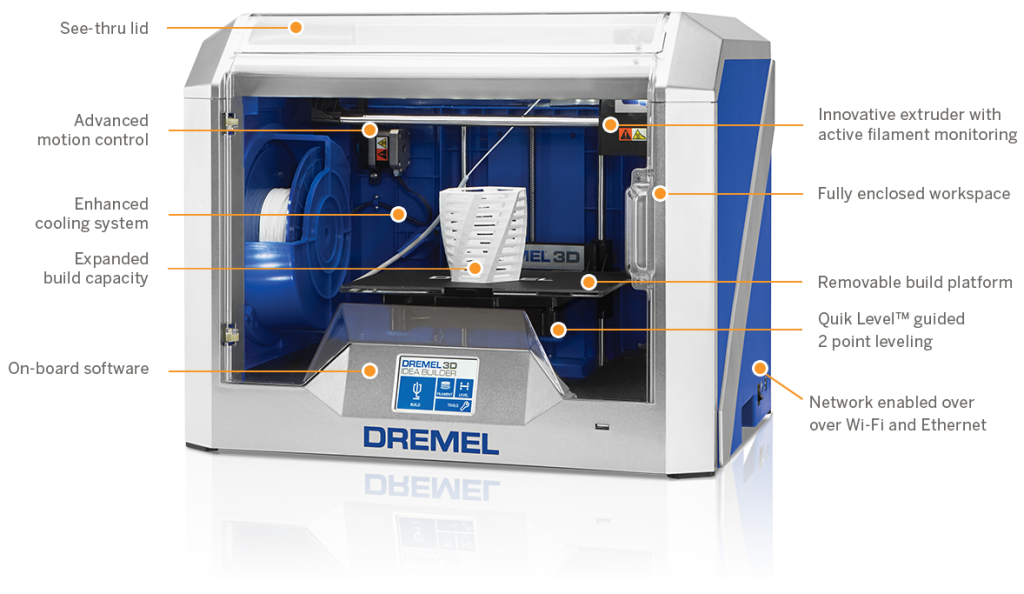 The new Dremel Idea Builder 3D40 is being marketed at schools and educational institutions for its ease of use. Unlike the previous mode, the upgrade features USB- and WiFi-enabled printing, as well as active filament monitoring, assisted leveling, and what Dremel describes as a “maintenance-free extruder”. For the release, Dremel will also be releasing new Dremel 3D iOS and Android apps this May that will allow users to 3D print directly from their mobile devices.  The build volume of the 3D40 is 10” x 6” x 6.7” (255 mm x 155 mm x 170 mm) and, while the upgrade still does not reach the functionality of the Flashforge Dreamer, in terms of a heated bed, it does have a 3.5” full color IPS touch screen and 4 Gb of internal storage. 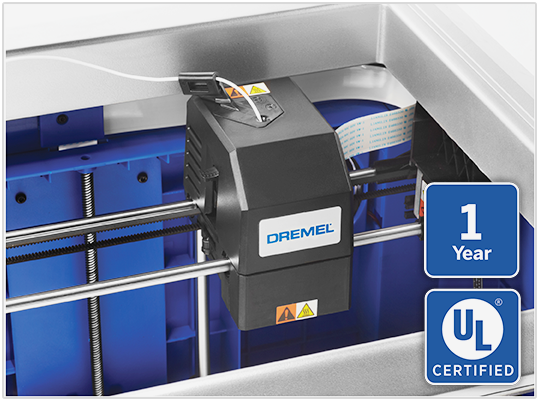 George Velez, manager, Dremel 3D Education, says of the new model, “As classrooms continue to approach education through hands-on learning, the advancements we’ve made to the Dremel Idea Builder 3D40 provide an unprecedented experience with 3D printing technology. We wanted to give educators and students the ability to engage with 3D printing in a limitless capacity.”

Because this is being targeted at schools, Dremel is offering both a standard retail version of the printer, the (3D40-01), and an “EDU version”, (3D40-EDU). While both come with PLA, build tape, and a flash drive with Dremel’s “Print Studio” software, the EDU version also includes a 3D-specific curriculum, two build plates, extra build tape, and four spools of filament.

Compared to current generation of the Flashforge Dreamer, the new Dremel machine actually does not have much that the Dreamer doesn’t have. The Dreamer has built-in WiFi, accepts USB, has its own touchscreen and 4 Gb of internal storage.  The Idea Builder 3D40, however, is just slightly bigger. If you’re a fan of Dremel, however, pre-orders for the Idea Builder 3D40 are open now with shipment expected in June.