Your Design, 3D Printed In Space

NASA and the American Society of Mechanical Engineers Foundation (ASME) have partnered for an out of this world series of three dimensional design challenges for students in the United States. The winner will receive an unprecedented prize: To have their design 3D printed in space, using the Made In Space 3D printer when it reaches the the International Space Station (ISS) later this year. The winning entry will be one of the first parts in history to be manufactured in orbit. Your design, 3D printed in space.

NASA and the ASME Foundation are excited to see how U.S. students will solve genuine space exploration challenges. Announced by President Obama at the White House Maker Faire last week, this is another initiative to result from the emphasis on US maker activities. The new program aims to inspire a whole new generation of space enthusiasts. Never before have young student designers had such an inspirational opportunity to see their work manufactured beyond the Earth itself.

The Future Engineers program will provide the opportunity for middle and high school students to design items to be three dimensionally printed on the International Space Station, using the amazing Made In Space zero gravity 3D printer. 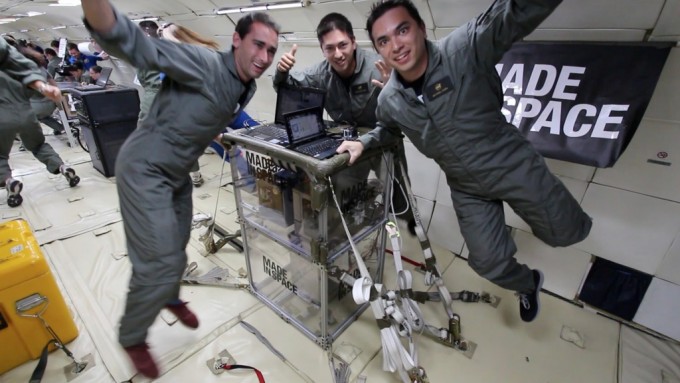 Jason Dunn, CTO for Made In Space enthused: “Imagine having your experiment installed and operated on the space station without ever needing to launch a single item. Or even having your very own satellite launched into space without ever touching the hardware. This isn’t science fiction, this is actually happening, and you can be a part of it.”

The Made In Space 3D printer has been tested during four microgravity flights lasting two hours each, simulating conditions found on the ISS. The printer will join the International Space Station in August this year, now scheduled for SpaceX‘s CRS-4 mission.

Mr. Dunn explained: “Our first 3D printer will be capable of building an estimated 30% of the parts that NASA has already needed to repair on the ISS. Astronauts will use it to build everything from new tools and hardware to emergency fixes that previously cost millions of dollars to build on the ground and launch to space.”

The winning student will not only have their design 3D printed in space, but will also have the opportunity to experience the excitement of watching it print from NASA’s Payload Operations Center alongside the mission control team. You can sign up for the program via the Future Engineers website, which will have everything students need to get inspired and educated about 3D design.