It is always fascinating to observe the workings of the American justice system, especially in complex and modern cases such as this involving the distribution of “delicate” virtual content. Even more so when this content involves guns and even more so when those guns are 3D printable. 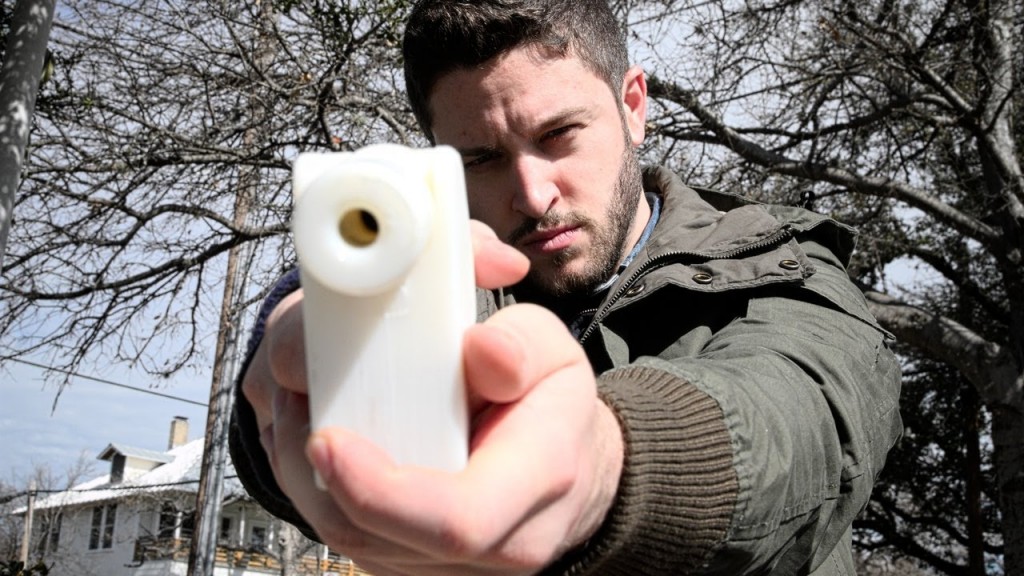 Ever since the creation of its Defdist.org network for the free distribution of 3D printable gun models and the Ghost Gunner systems to assemble weapons, Cody Wilson’s Defense Distributed has given us tons of material to analyze and discuss. The battle between his network and the Department of State has since moved into the court of law, as Defense Distributed and the Second Amendment Foundation (SAF) sought an court injunction enabling them to resume distribution of their virtual content. That injunction has now been denied.

In a classic David vs Goliath case, the plaintiffs challenged the implementation of regulations governing the “export” of “defense articles”, forced upon them by the “defendants”: the United States Department of State, Secretary of State John Kerry, the Directorate of Defense Trade Controls (DDTC) and employees in the DDTC.

To make a long story short, DD alleges that the US Government blocked them from distributing their digital content, which includes 3D printable guns and the Ghost Gunner (see video below) and that this constitutes an “ultra vires government action”, and a violation of the First (free speech), Second (right to bear arms) and Fifth Amendments (due process).

In Italy, for many reasons, I think a judge would just laugh at a case like this and toss it away thinking it was joke. But, in the US, the courts take these cases extremely seriously, as they meddle with rights that are at the base of their constitution (arguably, the most effective democratic tool around) and, by extension, their judicial system itself. The direct involvement of the SAF also probably helped.

Before denying the injunction (because, naturally, it was denied) the court cited several relevant precedents and specifically stated that granting an injunction is serious business and should not be considered the norm but rather an exception for particular serious rights violations. In this, the court found that the plaintiffs had failed to demonstrate the existence of all four elements that would allow them to obtain the injunction: a substantial success on the merits, a substantial threat of irreparable injury and that this injury would away the potential damage that the injunction may cause and, finally, that the injunction would not disprove the public’s interest.

So, this duel ends with a significant win by Goliath. I am definitely not taking any part, just limiting my observations to the fact that discussing the merits of this case, and not simply dismissing it saying “guns are bad” or “digital distribution cannot be stopped”, can only be beneficial to society as a whole. This certainly will not end here.

Editor‘s Update 8/26/2015: And it certainly didn’t end there. Cody Wilson, the face and mouth of Defense Distributed filed a document with the 5th Circuit Court of Appeals with the intention of appealing District Judge Robert Pitman’s decision to deny Defense Distributed’s injunction. Wilson subsequently tweeted the document, as one does:

Guess who has a date with the Fifth Circuit? pic.twitter.com/On3PFDSalE

This is followed by a few creepy tweets referring to the 5th Circuit as a “slut” (Wilson’s word) that will “put out on the first date”. It’s good to see that an issue taken so seriously by people in Wilson’s corner is being defended by someone with such a mature sense of humor.

We’ll keep you updated on what happens next.