The new Cerion production plant is a large-format resin 3D printer based on the company’s proprietary Hot Lithography process. Intended to ‘scale up’ lithography-based 3D printing, the machine sports a build volume measuring 1000 x 280 x 300mm and is capable of printing entire layers in under 90 seconds, regardless of the number of components in the build.

Cubicure has geared its latest system towards the industrial market, with applications in automotive, electronics, medical technology, tooling, end-use batch production, and functional prototyping of large parts. Backed by several years of research and development, the Cerion is already in use by a number of pilot customers.

“This is the essential breakthrough in the industrial upscaling of lithographic printing processes,” explains Dr. Robert Gmeiner, Managing Director and CTO of Cubicure. “In this printing process, both the material intake and the detaching of printed polymer layers from the carrier film are scalable.”

Founded in Vienna in 2015, Cubicure set out with the aim of combining impact strength, heat deflection properties, and excellent surface qualities in 3D printed polymer parts. The firm quickly found that the resin materials required for this would have to be highly viscous at room temperature, but standard SLA-based 3D printing processes were unable to process such resins.

To address this issue, Cubicure began developing its own heated 3D printing process specifically for the curing of highly-viscous, high-performance chemicals. The now-patented Hot Lithography technology relies on a special heating and coating mechanism, enabling it to safely process high-viscosity resins and pastes at temperatures of up to 120 °C. The resulting printed parts can be made to be particularly tough and temperature-resistant.

Hot Lithography first made an appearance in the company’s Caligma 3D printer, a small series production engine with a build volume of 200 x 100 x 285mm.

To tackle the large-format marketspace, Cubicure had to depart from the concept of resin vats altogether and designed an entirely new configuration for the Cerion. The latest system now features a mobile printing head and a revolving resin carrier film – innovations designed to facilitate scalable lithographic 3D printing.

With the new setup, the entire 1000 x 300mm build area delivers an optical pixel accuracy of 50 x 50 microns. Thanks to the traversing printing head and precision exposure control, there is reportedly no variance in manufacturing precision between different areas of the print chamber, meaning every part is a batch production build should be completely identical. With Cubicure’s new system, the Hot Lithography process also takes place at 100°C, meaning users will be able to leverage the firm’s entire tried-and-tested photopolymer materials portfolio.

Gmeiner adds, “Many factors of the building process such as process forces are now decoupled from part geometry and building platform occupancy. Even the width and length of the printing platform no longer have an influence on process performance. After three decades of stereolithography, finally, an industrially scalable process has been found.” 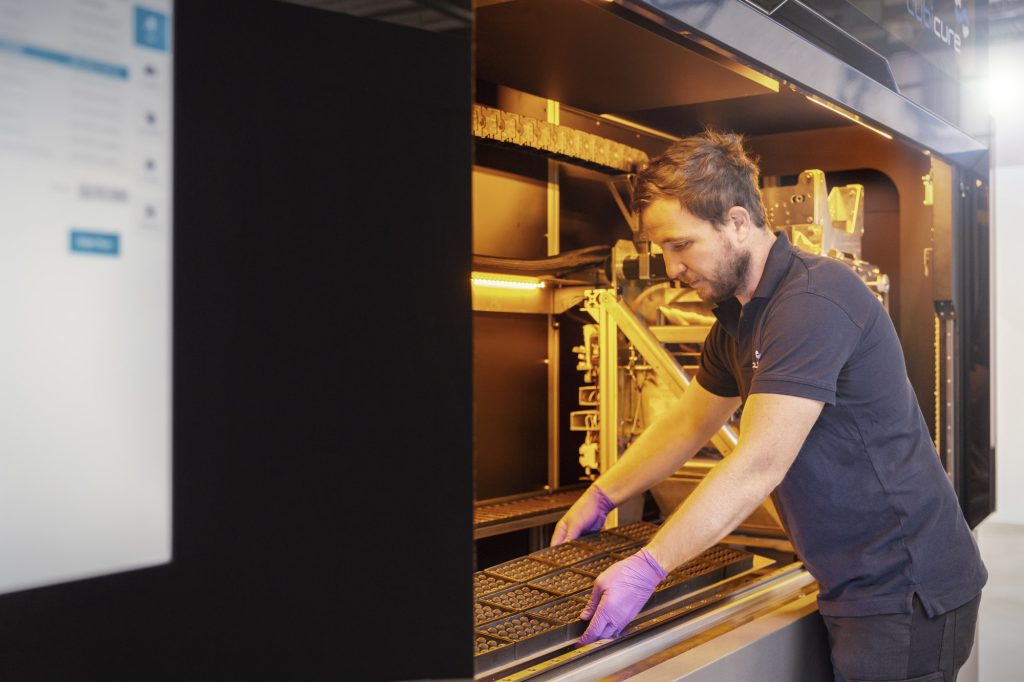 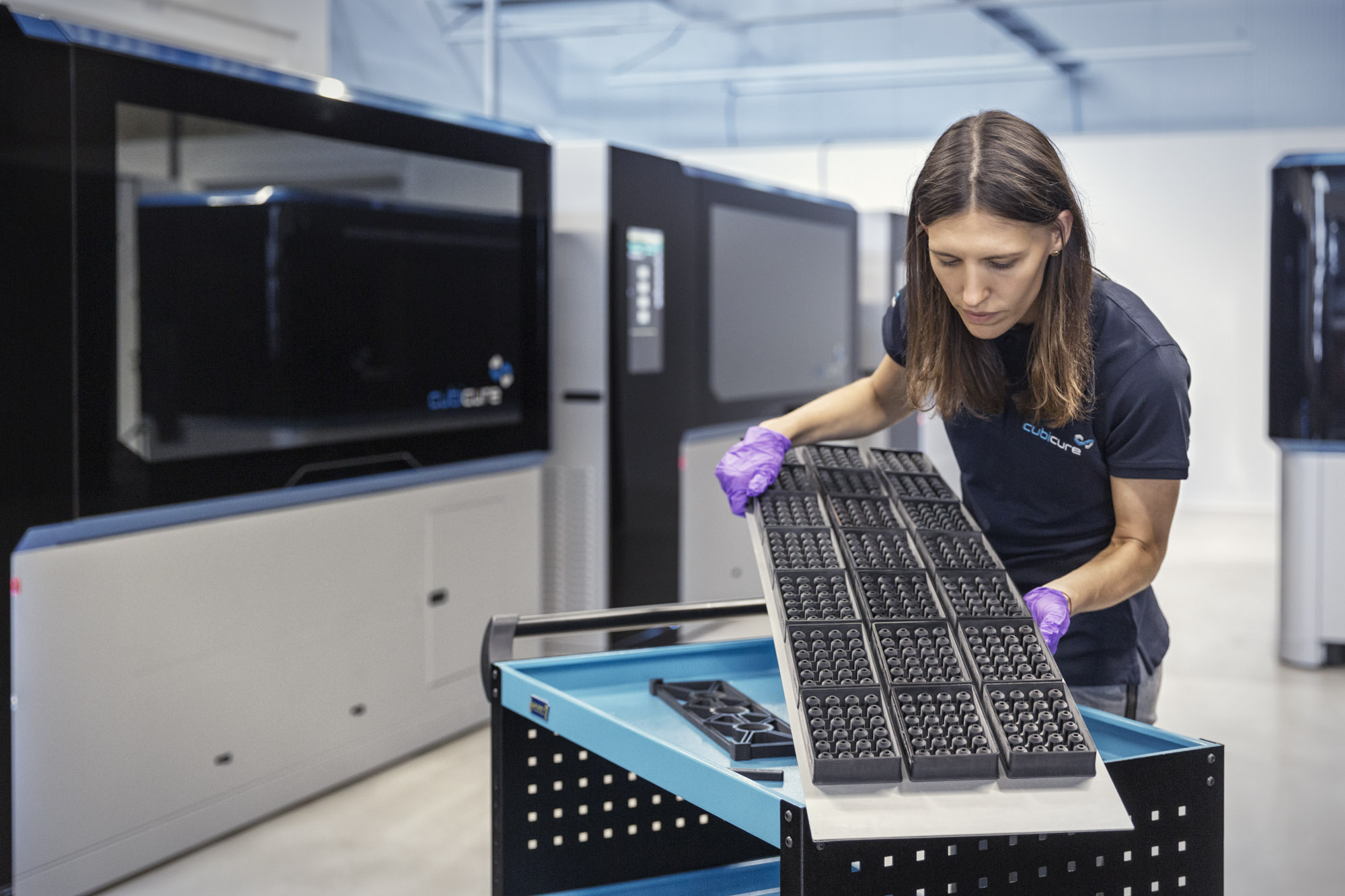 Below are the technical specifications of the Cubicure Cerion 3D printer. Readers interested in purchasing the system should visit the Cubicure store page for a quote.