It may have passed somewhat under the radar, as Concept Laser already produces and sells the largest selective laser melting 3D printer in the world, the X line 1000, but the new X line 2000R, recently presented by the German company, has now set a new record for build volume in high precision metal 3D printing.

Used primarily in the aerospace and automotive industries (Concept Laser is one of Airbus’ largest suppliers and will soon announce the first customers for the new system), the X line 2000R increases the build volume of the X line 1000 by 27%, from 126 to 160 liters. The exact measurements are 800 x 400 x 500 mm, which is two to three times larger than that offered by competitors with laser melting metal 3D printing capabilities. 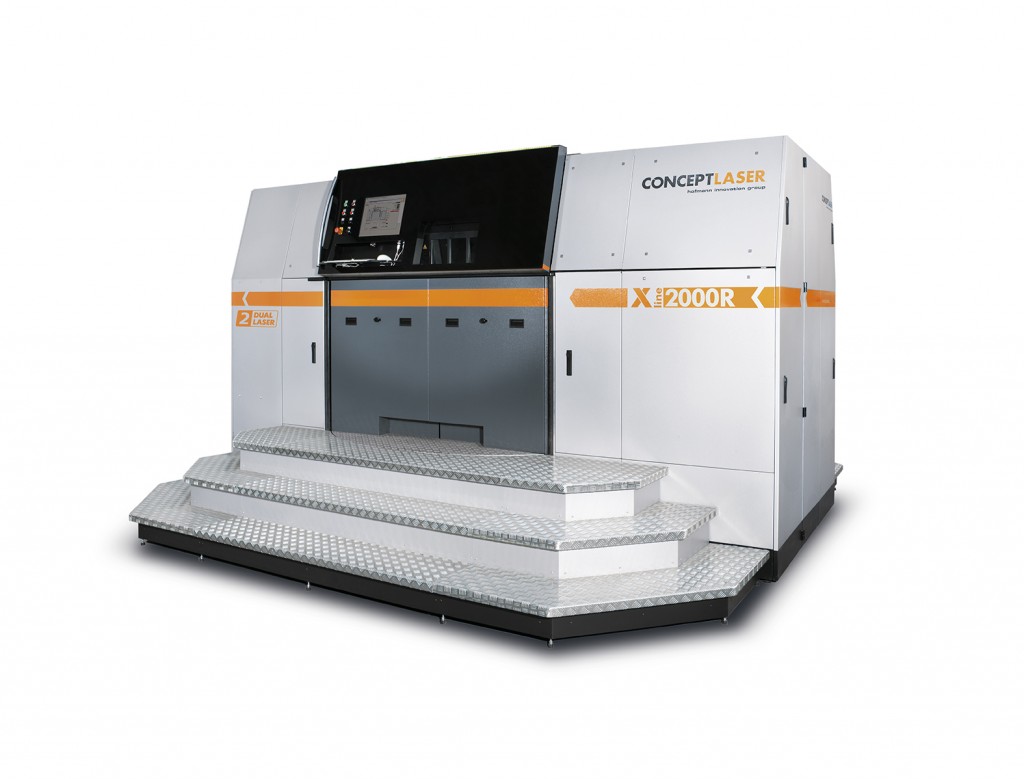 At the heart of the new system is the dual laser system, with each ray offering 1000 watts of power. Although it is not the only factor, this contributes to increased build speed, as the build area is exposed simultaneously from two different positions. In spite of larger size and higher speeds, the X line 2000R will look almost identical to the X line 1000, thanks to a new sieving station. This new system uses as quiet vibrating sieve instead of the tumbler sieve, thus reducing the system’s overall footprint, with a fully enclosed design that keeps the surrounding area clean and uncluttered.

The dose unit has also been redesigned, and the dose chamber is now filled completely in a single cycle. The benefits offered by the X line 2000R also include the closed, automated powder circuit in an inert gas atmosphere, which is important for the safety of the operators and allows optimum powder quality, and the standard filter that can be water-flood passivated, in order to guarantee safety when changing the filter.

Customers also have an option available for two build modules to ensure maximum productivity, allowing the operator to set up the next job while the first build is still in progress, or to start a new job while still unpacking the last one. Last year Concept Laser was building a new factory; this year it is setting records for the largest 3D printer and customers such a Mapal are beginning to use them for serial manufacturing of end use tools. This year marks the 15th year that Concept Laser has been in business, but it certainly looks like we are only at the very beginning of a very long cycle.