I’ve always dreamed of designing and building my own robot. This may soon be a reality thanks to a team of researchers in Zurich.

I’ve just learned that, Vittorio Megaro, a Zurich ETH student, alongside a group of developers and researchers from ETH, Disney Research Zurich and Carnegie Mellon University, have created a piece of software that will allow anyone to design their own robots, including their movements, on a computer, and 3D Print them. 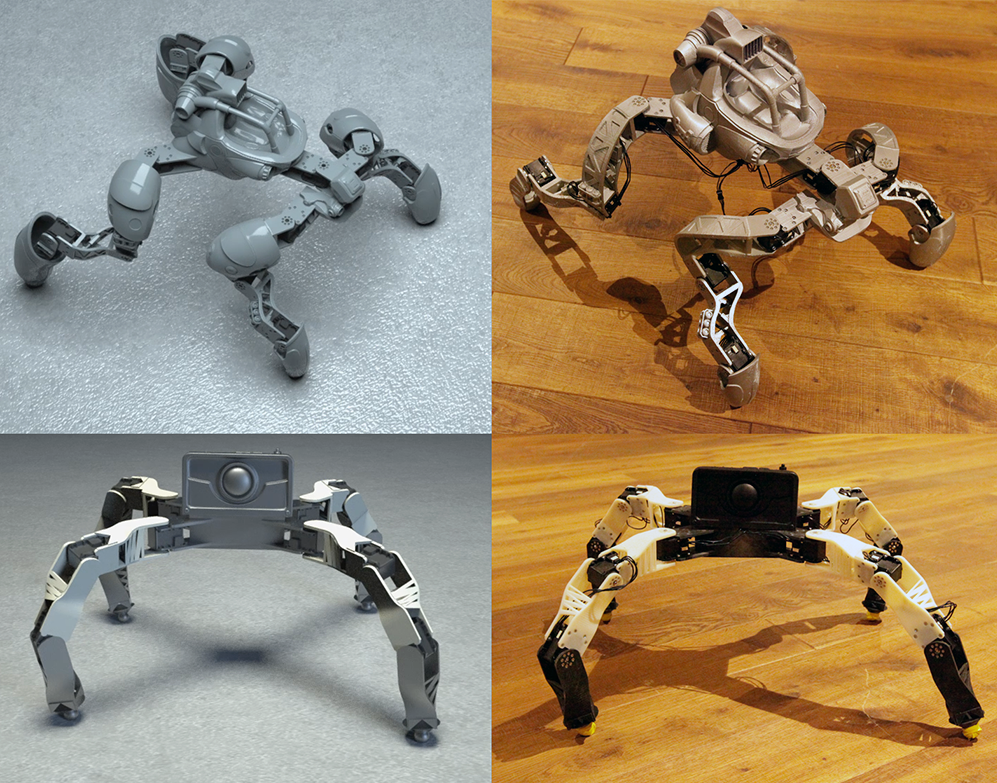 What the App will do?

The App aims to take away the frustration users may find from designing a robot themselves by dealing with the physics side of it for them. It uses simulation and numerical optimisation to ensure that the robot will be able to walk around happily, allowing the user to concentrate on the design of the figure itself.
This was the biggest challenge they faced according to Bernhard Thomaszewski of Disney Research Zurich. He says that’s where the technical innovation was required and compares the process to those used in the animation of solely digital figures.

To build the robot itself, users start by creating the basic skeleton before choosing how many limbs and segments in its backbone they want. These can be easily changed if you’re not happy with your creation though. It is possible to give the robot simple movement controls such as ‘walk forward’ or ‘turn left’. These otherwise complex instructions are simplified by Megaro’s program so the robot is able to walk without toppling over. When they’re happy they can print the parts out and start building their creation, which is done by hand. The App also contains information for commonly available motors so the user just needs to select the right one for the connecting parts.

However, the dream of building your own robots is not exactly cheap – yet. The first few prototypes were made cheaply, but this compromised the strength of the build according to Megaro. His second insect-like creation was made of higher grade material at a higher cost. The robots were deliberately kept simple. While they can walk around they don’t have the capacity to move around obstacles or be controlled remotely.

However, it’s still an impressive achievement. This is the first piece of software that allows just about anyone to build a robot they’ve designed by themselves. Although, sadly the public will have to wait a while before unleashing their own creations on the world because the software isn’t available commercially yet. I imagine that the next step for the App would be combining it with an intuitive 3D Design App. This way pretty much anyone will be able to make their own Robot easily and without breaking the bank. Killer App?