CollPlant (TLV:CLPT) a biotechnology company based in Israel, has created a division to develop collagen-based BioInk for 3D printing. The BioInk is intended for use in 3D bioprinters used to make therapeutic patches and replacement organ tissues.

CollPlant has been researching the BioInk material for several years as part of its rhCollagen technology.

In rhCollagen the “rh” stands for “recombinant human” meaning artificially produced DNA proteins. In recombinant proteins DNA sequences from any species (e.g. plant, human, bacteria) can be spliced together as they are the same shape. It is a method widely used in biological research to create molecules with combined characteristics.

Collagen is an animal protein abundant in parts of the body including bone, muscle and skin. Within these parts the collagen acts as a natural scaffold for cells, providing strength and stability. It is a protein readily recognized by the human body and so theoretically it by-passes rejection by the immune system – one of the leading barriers to tissue engineering research.

In total there are 27 variants of the protein, but 80%–90% of collagen in the human body can be identified as types I, II, and III. These types have been the primary focus of Collplant, who claim to have bioengineered plants to be able to produce a type of collagen. 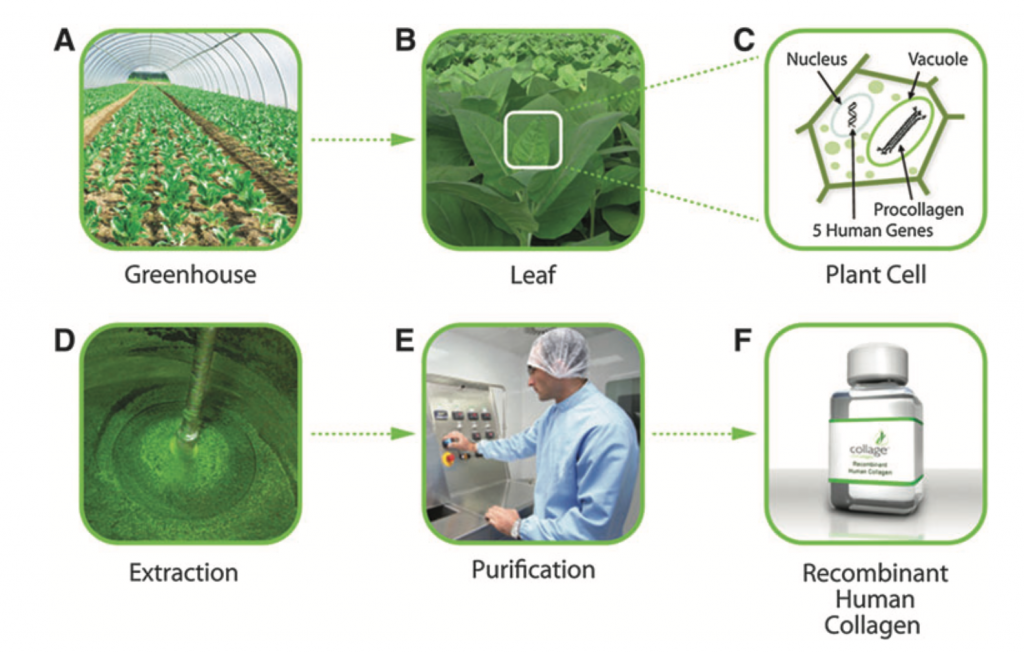 The BioInk developed as a result of rhCollagen research is cured by UV light to produce a type of hydrogel – commonly used in 3D bioprinting as material that supports and encourages the growth of living cells.

CollPlant had previously received a grant for its rhCollagen research from Israel’s Ministry of Economy. In total the development is expected to cost 12 million Israeli shekel, for which the ministry footed 5.6 million.

…we have substantially ramped up our activities in the 3D printing field leveraging biological ink that we are developing based on our rhCollagen technology. The collagen protein is a key building block in connective tissues in the human body, and therefore is ideal for use as biological ink. In particular, our rhCollagen is especially suitable for use in humans, due to its superior homogeneity, its high safety profile and the fact that it does not cause an immunological reaction.

Tal also indicated that the company are working with “several large international companies” in the development of 3D printed organs and tissues.