Co-working Spaces for 3D Printing – New Makerspaces in the Making

Co-working spaces – open offices for makers, designers and other creatives with passion – are gaining momentum as one of the most interesting approaches in making 3D printing and other means of manufacturing more accessible.

At 3DPI we covered the opening of London’s mak3D, a co-working space for providing 3D designers with the tools to start creating in exchange for giving two hours of their time per week to 3dprinuk projects, last year. Deskmag has taken the opportunity to interview other companies developing similar concepts in other cities. So how do these spaces differ from MITs ever evolving Fablab concept?

DoES is one of these spaces. Located in Liverpool, it ticks most of the makerspace boxes – it houses all the gadgetry and equipment needed such as 3D printers, a HPC laser cutter, band saws and countless electronics. According to the co-founder, Hakim Cassimally, DoES attracts a vast variety of different people to their facilities, such as artists, architects, engineers and aspiring entrepreneurs. DoES also has a bimonthly Maker Night, which is open-all-areas to anyone interested in the tech and/or the culture of making. As most of the Fablabs and differently profiled makerspaces, they also offer mentoring for the needy, but the majority of projects are being done by individuals or groups consisting of equally orientated creators. 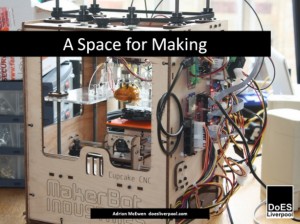 Another co-working space of this nature is located in Poland’s Kraków – Materialination. Kraków has been gaining momentum as the tech center of Poland, and thus has attracted global corporations such as IBM and Google to the area. This has naturally led to more and more creative people migrating to the area. Materialination is all about 3D printing. The team behind the space is highly confident that the success story of growth in the area will continue and flourish in the future: “The 3D printing scene is growing quickly! In a few years, I believe Poland and Kraków in particular can be a capital of 3D printing in Central Eastern Europe. In Kraków there is Materialination and the Hackerspace group, which are strongly connected to 3D printing. A lot of individuals either have their own 3D printers or want to buy or build one,” states Materialination’s Community Manager, Michał Frączek.

Materialination also seems to have a slightly more open approach to the scene in terms of how space is shared: “We’d like to move the idea of 3D printing outside some closed group of people and invite people to print and play with 3D printing. We’d like to share our 3D printers with everybody who would like to see, use, experiment and take advantage of 3D printing. We are also ready to help and even accelerate some business ideas around 3D Printing,” said Michał Frączek. 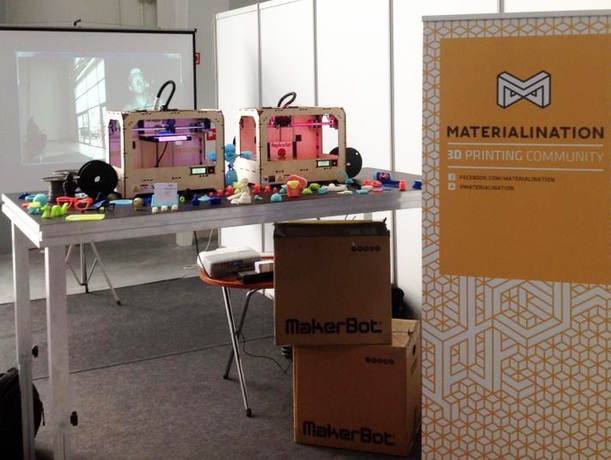 What we are witnessing with all of these new creative spaces being opened around the world – whether they’re called Fablabs, Makerspaces, Hackerspaces, Co-working Spaces or something else – is a paradigm shift of the democratization of creating and sharing. But as these types of concepts begin to attract more and more people, we’re also likely to see some different approaches based on different strategies. Specialization and customization of these concepts is inevitable, but hopefully the mentality of inviting all and everybody interested in making – despite their background – will not get entirely lost in the process.