Sometimes we just take them for granted, but the adoption of a common standard for pallets, in 1961, did wonders for international commerce. Here’s an interesting trivia tidbit — it allowed for the loading of trains in just 10% of the time taken before the standards were introduced. The EUR pallet standard has made it so that now all pallets are created equal and all machinery that needs to move a pallet can do so without having to adjust the size of its mechanical arms.

One day, thanks to 3D printing, pallets will no longer be necessary because everything will be produced locally, but until that day you can celebrate the existence of a common European pallet standard by 3D printing one, both in original full size (1200 x 800 mm) and as a miniature cup-holder (120 x 80 mm).

The project, published on Thingiverse by CreativeTools, uses a wood-based filament to give it a real feel and natural wood-like appearance. You can even modify it and make it your own pallet by downloading a STEP file for use in CAD software, after all many variations of the EUR standard have emerged in the past decades to adapt to changing means of commercial transportation.

For some this may be another cool thing to print, for others it might seem pointless, but for everyone it does highlight the advantages that common standards can bring.  And for the 3D printing industry, this is an important issue. So much so that, as recently as last September, the US National Institute of Standards and Technology (NIST) awarded a $7.4 million to the National Additive Manufacturing Innovation Institute (NAMII) to develop improved standards specifically for 3D printing technologies and materials.

“Standards for additive manufacturing are not critical…they are more important than that!”, says Dr. John Slotwinsky, a Physicist in the Production Systems Group within the National Institute of Standards and Technology’s Intelligent Systems Division.

“Consensus- based, industry-developed and accepted standards ensure that everyone is doing everything the same way, and gives users the confidence that they are doing things the correct way, assuming that they are following the standards properly.”

“We’re fortunate that ASTM has taken a lead in AM standards development in the US. The unique ASTM F42-ISO TC261 agreement allows for co-branding and co-development of ASTM/ISO AM standards. This will both allow for greater proliferation of AM standards (since most countries in Europe adopt ISO standards as law), and also reduce the need for future harmonization efforts to reconcile similar standards that say different things; standards harmonization is a painful, lengthy process that everyone should want to avoid,” Slotwinsky added in an official NIST document on the potential of the additive manufacturing revolution.

“We’re also fortunate that we are relatively close to the beginning of the AM technology. ASTM F42 has developed a forward-looking framework for AM standards development that tries to determine what are the standards that we need to have in place in the next 5, 10, 20 years. This type of planning helps standards developers work on the most important standards first, and in a coordinated way. Having AM standards in place will greatly accelerate the adoption of AM technologies, which should benefit everyone, and help make the vision of AM a reality,” he concludes. 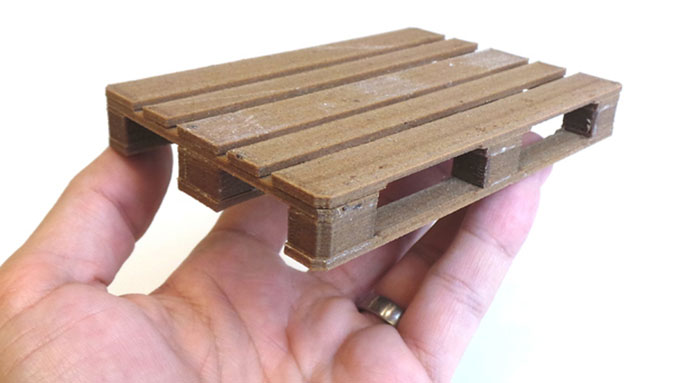