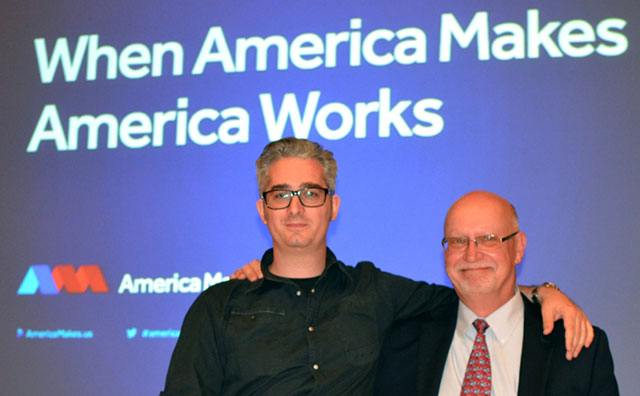 After stamping his approval on the institute’s new name, Bre addressed his zeal for 3D printing in education. When a form of technology becomes part of education, it becomes part of our cultural makeup. There is no stronger form of integration into the fold of society, in any avenue whether company production or hobbyist enthusiasm, than widespread education and access. This education is not limited to the classroom, but in manufacturing employees in order to expedite the transition to additive manufacturing. Yes, students are usually viewed as pupils in the classroom, but with 3D printing, students can be anyone willing to learn. Echoing sentiments from the institute and others, Bre stated, “I’m very excited to work with members of America Makes to figure out how to get MakerBot Desktop 3D printers within reach of every student.”