First, there was BAAM.  And, soon, there will be Bertha.

With a huge build volume and an extremely fast deposition rate, the BAAM, or Big Area Additive Manufacturing, machine was built through a partnership between the Department of Energy’s Oak Ridge National Laboratory (ORNL) and machine manufacturer Cincinnati Incorporated.  Since it’s development, the BAAM system, which is a hybrid technology of 3D printing and CNC routing, has made some huge headlines.

And rightly so, the BAAM machine is so big and fast that it could fabricate the entire body of the crowd-sourced Strati electric car in the span of about two days on the floor of the International Manufacturing Trade Show in Chicago.  BAAM then went onto 3D print the body of a Shelby Cobra in time for the President of the United States to unveil the nation’s Institute for Advanced Composites Manufacturing Innovation. 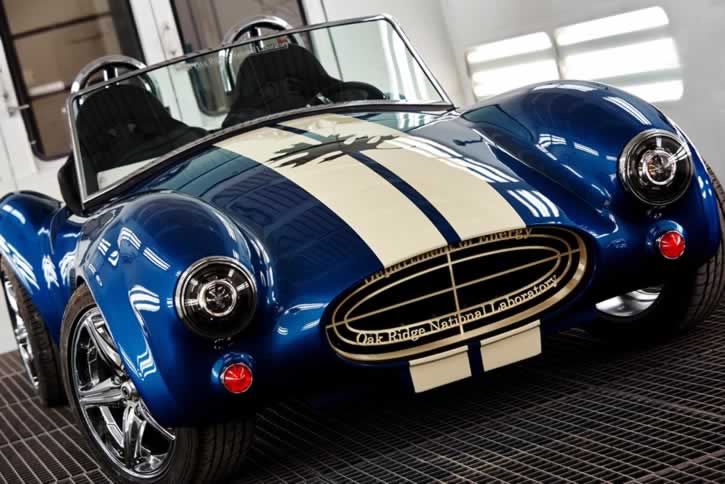 As impressive as BAAM is (that’s one big ass additive [shut your mouth] I’m just talking about BAAM!), ORNL and Cincinnati’s next machine, Bertha, will blow BAAM out of the water in terms of size, speed, and quality. Lonnie Love, Group Leader of Automation, Robotics, and Manufacturing at ORNL, tells me that Bertha, a nickname given to the new system by ORNL researchers, is an evolution of BAAM’s key technology.   While BAAM has a build volume of 7’ x 13’ x 3’ and a deposition rate of 40 lbs/hr, Bertha has an expanded frame of 8’ x 20’ x 6’ and, with a new extruder offering finer control, a deposition rate of 100 lbs/hr.

BAAM, however, explodes the previous 3D printing paradigm by 3D printing at speeds of greater than 1000 ci/hr, with Bertha printing at 4000 ci/hr.  Bertha will have a build volume of 1000 cubic feet.  And, because the systems rely on industry standard injection molding pellets, which cost about $0.03 to $0.10 per cubic inch, according to Love, BAAM is extremely affordable. 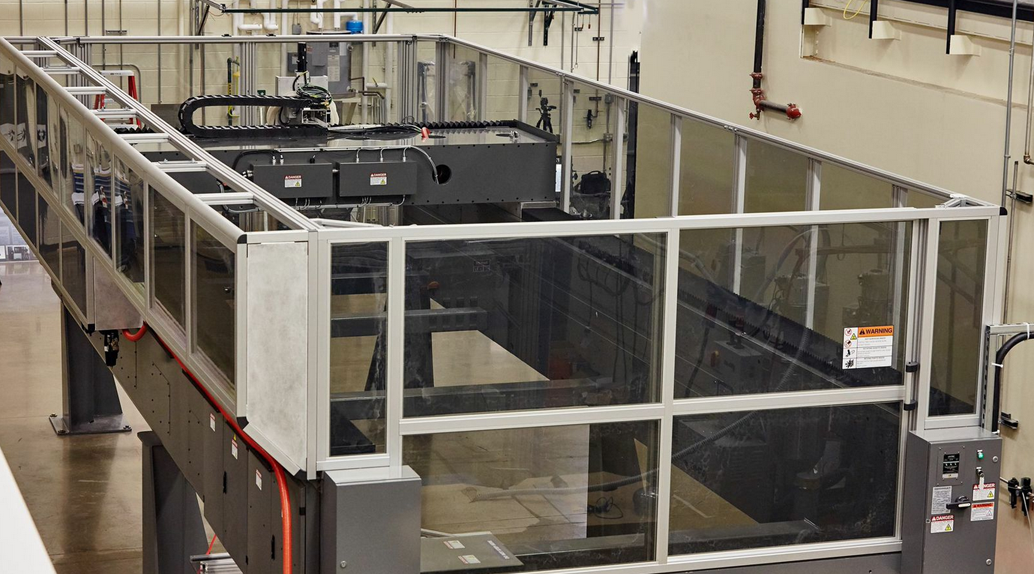 Love tells me that the partnership between the lab and Cincinnati is key to the growth of the BAAM system, both in terms of commercializing the technology and, thus, getting it out into the world of manufacturing, and in terms of the machine itself.  By utilizing the linear motor systems in Cincinnati’s laser cutting systems, the they were able to bring it to market more quickly.  Love explains, “We signed our CRADA (Cooperative Research and Development Agreement) with them almost exactly a year ago.  They sold their first system six months later at IMTS and have sold a few more over the past couple of months.  This is extremely fast in terms of transitioning a technology from R&D to product.”

Though Cincinatti’s large gantries are fast, ORNL had to develop manufacturing solutions to produce large objects quickly and with precision.  And, so, they began experimenting with nozzles to increase the amount of material that could be extruded in a print job, increasing the overall print speed.  The engineer continues:

It’s no wonder, then, that Local Motors is planning to open up two car printing facilities later this year.  With the BAAM hybrid manufacturing technology improving at exponential rates, the idea of manufacturing a custom car in the span of a week is not out of the question.  While everyone is abuzz with Carbon 3D’s CLIP 3D printing technology, fabricating small-scale objects in less than ten minutes, BAAM may be producing large-scale objects in, let’s say, less than ten hours.  The world of 3D printing is changing very fast and very big.