BatBot — A 3D Printer From Korea

We concluded at the end of last year with how the low-end 3D printer market took a big leap forward in terms of new entrants and new models being introduced to the market throughout 2012. This trend looks set to continue into the new year. One company that has just released its new 3D printer — called BatBot — is Korean manufacturer Ironvault.

The branding is certainly interesting, however we have still to learn more about the capability of this new machine. So far the company has released the following brief specifications;

The basic DIY kit costs just under US$1200 and just over US$1600 when supplied fully assembled. We look forward to seeing the machine in action and will report as soon as we have more information. 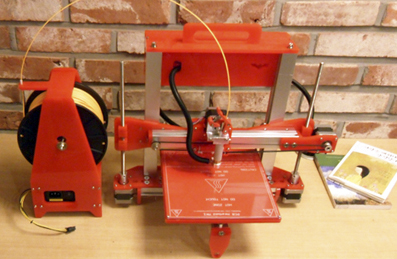