As an Australian, I know some pretty decent Aussie websites to get cool stuff. Redbubble is one of those places. They offer various clothing items, home decor objects and other random things like phone cases, wall art, mugs – you name it. All of their designs are submitted by independent designers, and with the completion of their IPO on the 12th of May, they are looking to 3D printing to expand their business in the future.

Redbubble CEO and Co-founder, Martin Hosking said, “When we founded Redbubble 10 years ago, we were driven by a passion to help independent artists and enable them to reach new markets. Since then, Redbubble has been propelled by a wave of consumers seeking more meaningful and distinctive products and the ever-increasing possibilities of print-on-demand technologies. These two core enablers, harnessed by our exceptional team have evolved Redbubble into Australia’s leading global consumer internet company and today, an ASX listed company”. 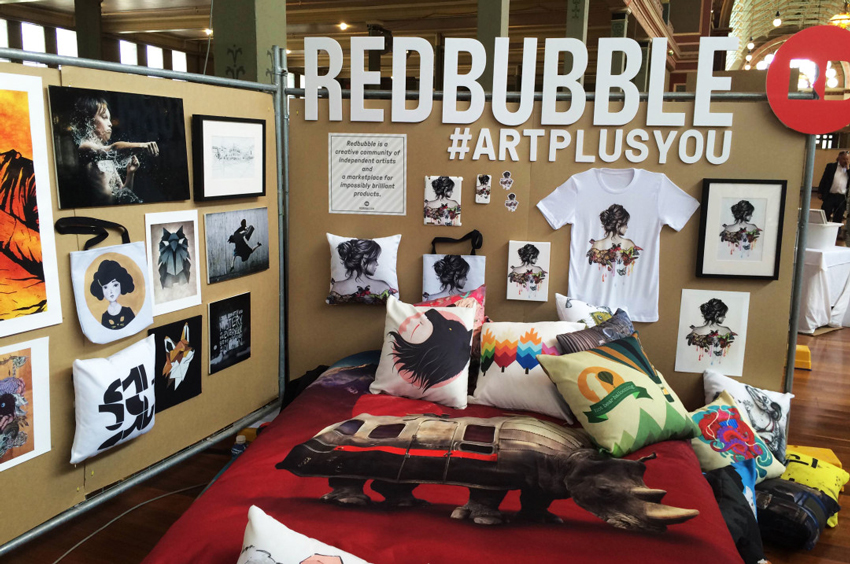 When Redbubble first started in 2006 in Melbourne, print on demand technology was largely confined to a limited range of paper and wall art products. Since then, technology has rapidly evolved to cover a wide range of products. with the direct‑to‑garment printing technology available in 2006. Redbubble could offer maximum turnout per machine of 10 to 20 garments per hour. Now production is in excess of 100 garments per hour. The long term potential of 3D printing represents a further expression of this revolution. with decreasing unit costs and increasing speed of production and delivery, the range of products that can be made available on Redbubble’s website is continually growing.

Redbubble shares jumped to a high of $1.53 within minutes of listing on the ASX and closed at $1.455, up 12.5 cents from the issue price of $1.33. The company, one of the largest online platforms allowing anyone to sell designs printed on products, raised nearly $40 million in an initial public offer that comprised of a sell down by existing investors and a $30 million equity raising. Redbubble, started a decade ago by three friends in Melbourne, will use the funds to continue its growth.

The company plans to launch several products over the next six months, and bolster its offerings through the use of 3D printing over the longer term. This will be great news for those wanting to submit their own designs to the website.

I can’t wait to see what Redbubble bring out with the inclusion of such an exciting technology!