Starting with a NT$113 million (US$3.7 million) investment in General Integration Technology (GIT), AURORA Group aims to become the largest distributor of additive manufacturing systems in China. The 55% stake in the producer of GIT, a provider of 3D software and distributor of Stratasys 3D printers, sets the Group off on its path towards seeking its goal of claiming a major share of a Chinese market that is projected to be valued at CNY10 billion (USD $1.63 billion) by 2016.

Established in Taiwan in 1965, the AURORA Group began by selling office clocks to a small group of customers. Some fifty years later and the group has nearly 6000 employees, 1500 marketing bases and a business that spreads across some five units: AURORA Corporation Office Equipment, AURORA System Corp., AURORA Office Automation Corp., AURORA Corporation Furniture, and AURORA telecom corp. It is the office equipment unit that has invested in a big future in additive manufacturing.

The major shareholder stake means that AURORA will expand upon its market share further to originally entering the market in China in September 2013 when the deal with Stratasys was originally inked. The company is the exclusive distributor of the Stratasys Idea series of printers in China.

For the Taiwan market AURORA partners the Industrial Technology Research Institute to develop 3D printers, which are produced by Taiwan-based Contrel Technology as original equipment manufacturers, under the brand name of F1. The F1 is a mid level quality Fused Deposition Modeling based printer with a 168 x 168 x 168mm build envelope. The 3D Printer also includes an LCD control panel with a Chinese language menu, 0.1 – 0.4mm print accuracy and SD card slot.

There were reports late last year that AURORA anticipates that 3D printers will account for 10 – 15 % of revenue within three years. 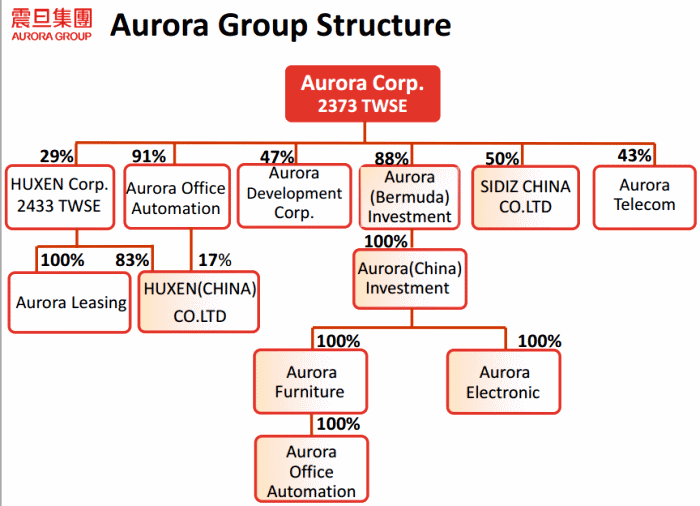