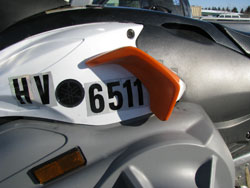 3D printing is exceptionally good at providing solutions to problems. A great demonstration of this is highlighted by an application coming out of Stratasys. Nothing particularly novel there, you might think, with the firm being one of the biggest companies in the 3D printing sector. However, this app is a real solution to a real problem for one of Stratasys’ employees — a cost accountant no less.

Apart from being an accountant, Ryan Chase is also an avid snowmobile enthusiast as well as being a fan of colour coordination it seems. When Ryan was looking to purchase some cost-effective, after-market side wind deflectors for his Yamaha Phazer, he found that he could only get them in black — he wanted orange to coordinate with his sled.

I can’t imagine that there are many accountants out there that would, right now, immediately turn to 3D printing as a solution. But when you work for a company that produces some of the best 3D printers, it probably comes quite naturally. Ryan’s solution: 3D print the parts in nectarine ABS on an FDM machine! 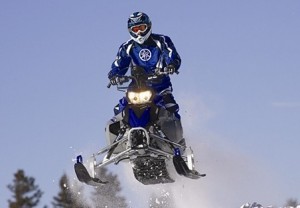 He scanned the black deflector using a Nikon Metris ModelMaker arm and turned it into a 3D STL file with Polyworks reverse-engineering software.  The model was then opened in Stratasys’ proprietary Catalyst EX software and set to build with sparse fill to reduce weight and material cost. The model was then finished using the Finishing Touch Smoothing Station and Ryan mounted it the same way as the stock deflector. He’s been using it since this year’s first big snow, and plans to keep it for many winters to come, which should be no problem, according to Stratasys, because the real thermoplastic material that was used for the part exhibitis strength and durability.

Apparently, Ryan is now dreaming up his next colour-coordinated addition to his snowmobile!