To give people visually impaired a sense of scenes from the galaxy, astronomers from the Space Telescope Science Institute in Maryland turned to 3D printing. Overcoming a few obstacles, researches printed a tactile representation of star clusters, like NGC 609 taken by the Hubble Space Telescope. The picture itself is breathtaking, and astronomers wanted to give an inkling of their wonder to those with sight disability.  Surprisingly, most plastic prints lack the nuance and readability of swell-form paper, the medium typically used for Braille, but after some testing, the team found the right format and design. 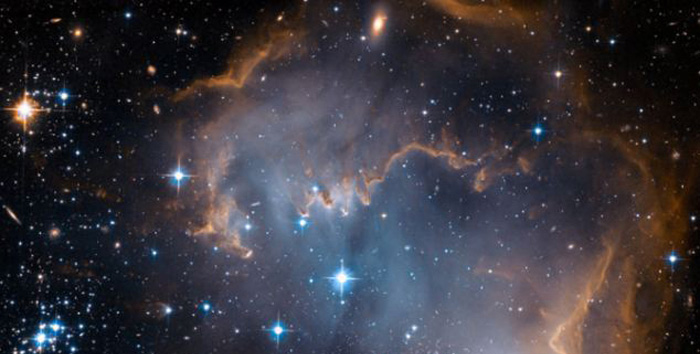 While the printer could take roughly thirteen hours to produce a model, the astronomers sought the most effective method for printing layer by layer. They chose printing the models vertically, instead of laying them flat and printing horizontally. This allowed for a more fluid movement and fewer missteps. Raised open circles, lines and dots represent various parts of the image. The final result gives readers a chance to “fly” through the space with touch.

To create the most accurate portrayal of star clusters, astronomers used light. The brighter the light, the more pronounced the bump in the printed sheet. Therefore, light bursts from the flat abyss of space surrounding the stars and dust. 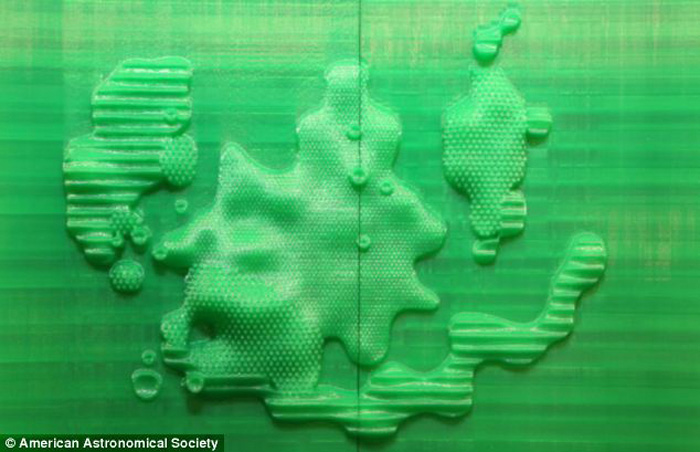 One of the difficulties expressed in the creation of the cluster prints came from the design end. Ever the perfectionists, and thankfully so, the amount of polygons representing the clusters initially overwhelmed the printer producing unsatisfactory results.  After a bit of tinkering, the astronomers fixed their design by reducing the amount of detail in their prints.  Finally, they created their most accurate raised version of the dazzling lights in star clusters. With their effort, and by chasing their own fancy, the astronomers put the universe at our fingertips.