ABC Data, already one of the leading IT distributors in Central and Eastern Europe (the CEE region), has quickly become one of the leading 3D printer distributors there, as well. As reported by our Polish pundit (and Editor of the Polish printing news site CD3D), Pawel Ślusarczyk, ABC Data has already made numerous deals with companies like 3DGence, Monkeyfab, Hbot, 3NOVATICA, Spectrum Filaments, and even the USA’s own ROBO 3D. Now, the IT leader has signed on what is probably Poland’s most recognizable printer manufacturer and will begin to offer Zortrax M200 and Zortrax Inventure printers. 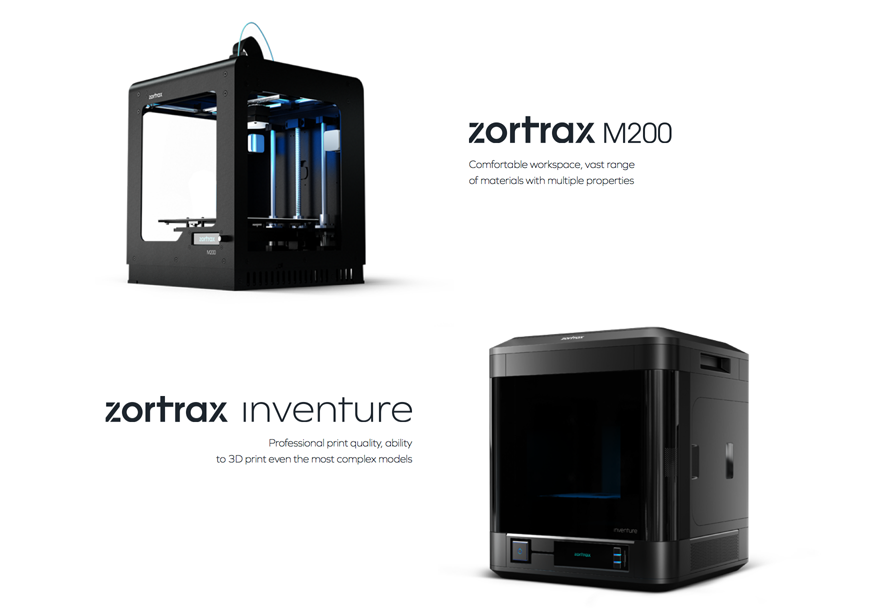 Zortrax has already been adopted by local and international businesses alike, including aircraft repair company Wojskowe Zakłady Lotnicze Nr 2, Dell, and even the Masovia public school system has taken a liking to their machines.  The Zortrax M200 and Inventure 3D printers will have an even broader audience, thanks to the ABC partnership.  Zortrax products can now be purchased through over 15,000 resellers across eight European markets. Radosław Jankowski, Project and Implementation Manager at ABC Data, says, “The main recipients of 3D printers and 3D printing services are companies and production undertakings from many fields, such as automotive, energy or advertising industry. For some time now the interest in this type of equipment has been growing also in the consumer market. It is attributable, on one hand, to educational activities conducted by leading distributors, such as ABC Data, and on the other, to the excellent quality of the equipment of such brands as Zortrax.”

While you might guess that it’s the fun name that makes Zortrax so popular, it’s actually been the great reputation of the manufacturer that’s led to its widespread distribution.  Davide Sher previously gave the M200 printer high marks when reviewing it for 3DPI.  It’s also received the award for “Best Plug & Play 3D Printer” from 3D Hubs two years in a row and was listed as one of the ten best printers from MAKE: Magazine. Naturally, it should be no surprise that it will now be distributed by the leading desktop 3D printer distributor in the region.