Grit3D has moved one step closer to bringing 3D-printed prosthetics to the world with a high-placed finish in the Pakistan Starup Cup ‘Build a Business’ Workshop.

The startup has managed to produce prosthetics at a low cost that are tailored to the individual. It has already provided prostheses for individuals and has produced a wrist activated prosthetic with no electronic components that can help people in warzones that have lost part of their hand.

The likes of e-NABLE have produced open source prosthetics in other countries, but this is the first low-cost prosthetic hand that has been made available in Pakistan. The country has some of the world’s poorest people, so anything that can help improve their quality of life at a low cost has to be a good thing.

Asad Jabar, Rabi Imran, Dr Hassan Zahid and Dr Naseeruddin joined forces to create these low cost prosthetics. The team have developed the prototypes and have already created the website potential for people around the world to connect with an individual and fund their life-changing prosthetic.

The company was one of a few winners in the healthcare sector of the Karachi Build-A-Business competition. 25 finalists from Karachi are about to join the category winners from Islamabad and Lahore. Grit3D is among those to advance to the national competition.

The competition in Karachi took place from April 23-24th and 80 teams presented their ideas. A line-up of 10 judges analysed the business plans, spoke with the teams and made a number of assessments during the course of the competition.

Between them, they found the best 25 of Karachi’s competing startups that will go head-to-head with some of the country’s best and brightest to win the overall competition. 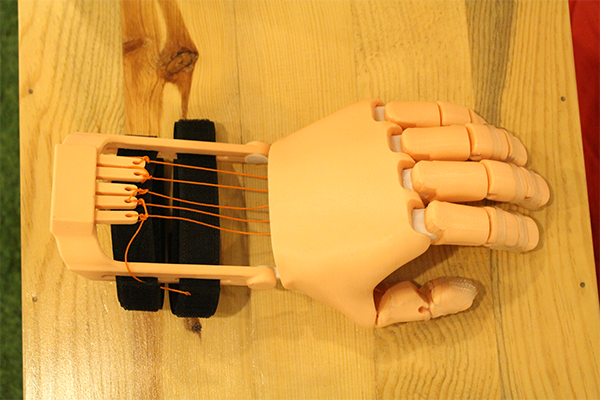 The Pakistan Startup Cup workshop is the biggest in the world by a long way and this year more than 900 teams applied and 450 teams were invited to take part in the workshops with 200 mentors. It doesn’t just give the teams a chance to develop their ideas and pitch to the Startup Cup team of judges.

At this event, 40 mentors joined the teams to help validate, develop and improve their ideas. It isn’t limited to simple education and competition, too, as at this event a number of the startups formed partnerships and strategic alliances. This will help them grow, with or without placing well in the Startup Cup.

The winning ideas came mostly from the health, business solutions and fashion/entertainment niches. Docthers was the main winner in the health sector and it intends to bring female doctors to patients through an online platform. WonderTree scooped the top prize in education with its innovative interactive games for children with special needs.

Investors Lounge, an investment platform, took top honours in the business service category while Mocha & Co, an online store selling novelties like knitted phone covers, won the fashion and entertainment sector and there were several other category winners too.

One interesting factor was that more than 50% of the winning teams had a woman at the helm, which the competition organizers took as an encouraging step.

Grit3D has a great chance of taking the honours in the overall competition this year. It certainly deserves the opportunity to present this concept to the world and take it to an international stage.

There are so many poor countries with individuals that could benefit from this advanced application of 3D printing. So we have our fingers crossed for Grit3D in this competition and for the future.