A stylish new 3D printer promises to take the mystery out of 3D printing and bring it to the masses, if it raises the requisite funds on Kickstarter.

The Anvil Printer Kickstarter launched today and the first 250 backers can get their unit for just $199, while it will retail for around $350. That’s still an impressive price point for an elegant 3D printer with a number of unique functions that should endear it to the home user. 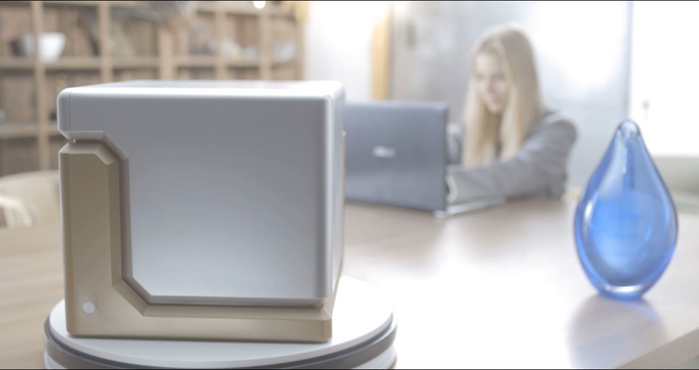 Simplicity and elegance at its core

Simplicity lies at the heart of the Anvil Printer, so it does most of the hard work for you. In fact, it was designed to be so easy that a beginner who is “technically challenged”, could master it. It is safe, too, thanks to the total enclosure of the print bay. So a child can use it without adult supervision. With this simple printer, the company argues that literally anybody can become a competent designer.

It comes with auto loading mechanics to deal with the filament, so you don’t have to feed it into the hotend. It also comes with an app that eliminates Computer Aided Design entirely. Essentially it provides you with Lego-style building blocks that you can combine in any number of ways to create your finished model.

Combined with a touchscreen tablet, this app provides intuitive design that allows you to scale, move and glue to the blocks together with simple swipes.

You can also make full use of Cloud server access to print from anywhere and store your designs online. In theory this should spawn a maker community. Hobbyists can share their designs, improve upon them and find hacks amongst themselves that take the whole project forward.

The simplicity of the app sounds like it could count against the Anvil in terms of the level of complexity the machine can cope with. The proprietary software looks slick enough to deal with a vast number of projects, though, and each block can be scaled and combined as you see fit.

A cup is a relatively complex design, but the demo video shows the app producing an acceptable mug in moments. Anvil also has a vast library of pre-fabricated designs to get you started. Building on those designs could be an ideal way to learn the tricks of the 3D print and design trade.

The printing bay is 175x160x160mm and the Anvil is one of the most stylish printers we’ve ever seen. It has a minimalist look, a choice of colours and a viewing window that lets you see inside the bay. That design should be a real selling point.

Early 3D printers do the job, but they are not the most attractive things. The Anvil is one of the first additive printers for the home user that has the slick look of a real mainstream accessory.

Plastics are all you get, for now

You are limited to PLA-based plastics, but you can opt for 25 right through to 300 Micron resolution and it can print up to 90mm/s.

Automobile engineering major Shawn Don is behind what looks like a very serious contender and the early stages of the Kickstarter campaign look encouraging. It looks to be a solid way for beginners to get started in the exciting world of 3D printing and we’re pretty sure this one is going to make it.