Companies utilizing 3D bioprinting have promised their technology will revolutionize the way medical companies perform testing. Eventually firms, such as Organovo, hope to regularly print tissues and organs for patient transplants. French firm Poietis has developed a new method of bioprinting that they believe to be more effective than that of the competition.

Most bioprinters rely on small valves to release cells during printing. While somewhat effective, this can damage the cells and lead to an increased rate of cell mortality. To solve this issue, Poietis is utilizing a high-definition laser to deposit the cells. The laser is reflected off of a mirror and then passes through a layer of bio-ink that precisely deposits cells onto the build plate. They’ve named the process Bioimpression 4D. The fourth dimension is the time required for cellular organization to form.

Poietis says their maximum resolution is 20 microns per layer, and ten-thousand drops can be deposited each second while maintaining 100% cell viability. These outstanding specifications are what make the Bioimpression 4D system the first bioprinting technology that can create fully customized tissue. So far, they’ve successfully printed human skin tissue that’s virtually identical to naturally occurring tissue. 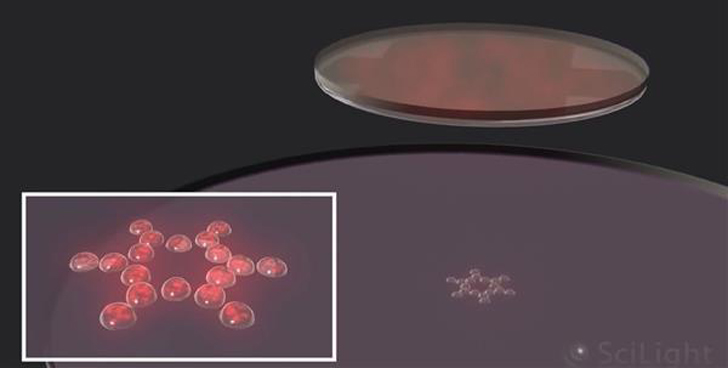 With over 35 years of combined industry experience, Fabian Guillemot (below) and Bruno Bisson founded Poietis late 2014. During summer 2015, they launched a hugely successful crowdfunding campaign on WiSEED. They managed to raise double the starting goal, and ended up with $1.35 million. Currently, they’re comprised of a small team of 19 experts, and only plan to hire 6 more within the next two years. 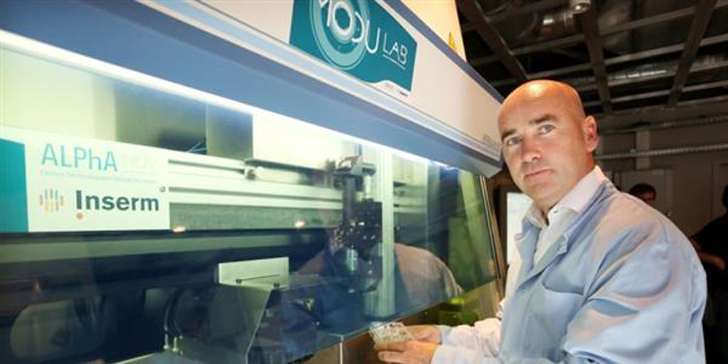 Poietis’ technology is still in the research phase, but they hope to release a product onto the commercial market in 2017. They foresee the printed skin tissue as replacing animal testing by the cosmetics and pharmaceutical industries. Poietis could prove to be a very profitable venture as forecasts indicate that the market for manufactured tissues could be $30 billion by 2018.