As 3D Hubs expands its nearly 25k-strong distributed manufacturing network into the realm of industrial 3D printing with 3D Hubs HD, the company has begun adding more professional service bureaus to its community.  Starting with SLS, the 3D printer network has now added PolyJet 3D printing to the list of printers available through 3D Hubs. Now, 6 new high-precision materials are now available at 359 locations around the world through the printer community. 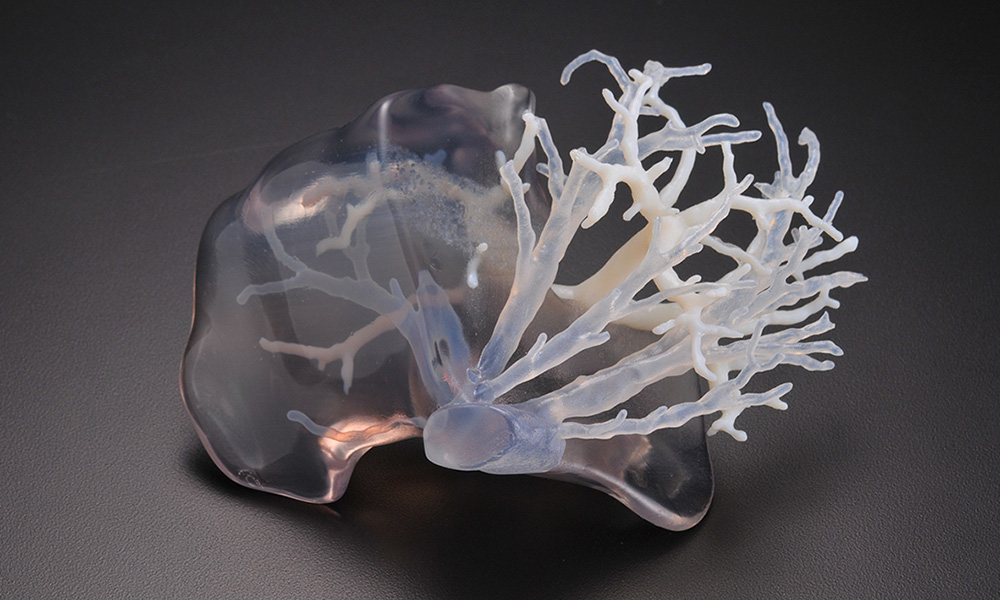 With PolyJet printing, customers can now create high-end prototypes capable of replicating the properties of end products, in terms of aesthetics and mechanics.  PolyJet technology works by jetting layers of liquid photopolymer, which are then cured into their final forms, with the UV light and material itself determining the end characteristics of the print.  This allows for the ability to create soft, rubber-like, rigid, and temperature-resistant properties with layer thicknesses as fine as 16 microns, thinner than the width of a single human hair.  The various physical characteristics that can be achieved with PolyJet include rigid, opaque prints; transparent parts,;rubber-like objects; tough and flexible simulated polypropylene; simulated ABS for short injection molding jobs; and high-temperature plastic.

To give an example of how this process can be applied, 3D Hubs has posted a blog describing its use in Hollywood. The case study is actually one we’ve covered before, in which established concept artist Vitaly Bulgarov  relied on the PolyJet printing services of LA’s Factor31 to bring his cyborg renderings into reality.  Factor31 co-founder Peter Hamilton says of their use of PolyJet, “Our decision to go with PolyJet was a highly-researched decision. Two of the largest driving factors were resolution and speed. Thanks to the PolyJet printer, our turnaround times for projects like Vitaly’s are incredibly fast, and yet we can still retain an incredible amount of accuracy and detail in our final product.”

The full story can be read here, but, suffice to say, after printing the parts, sanding and coating them in epoxy, and giving them a special finish, Bulgarov  was able to see his design really come to life.  With 3D Hubs’ 350+ PolyJet locations, any customer can find the service provider closest to them and begin prototyping highly realistic props and prototypes, too. And, for the next 46 days, the site is offering 30% off PolyJet prints, if you head to this page and enter your email address.